Cultural and technological shifts in the recent years have contributed to the increasingly blurred distinction between living and working, where we are no longer organised by the traditional 9 to 5 workday. Contemporary forms of labour involve entire life of workers and their spectrum of social relationships- relationships reliant on technology to mediate real-life interactions to a degree to which social isolation and loneliness are now considered a serious epidemic in the UK. These shifts are, to lesser and greater degrees interconnected with forms of living closer together.

The proximity of the site to the City Centre and transport links provide an opportunity where it is able to accommodate various commercial and residential uses where they are able to flourish. With housing shortages, inflated prices and increasing levels of loneliness mean that shared living models are becoming more relevant.

At the basis of this thesis lies the ambition to rethink the idea of housing as an apparatus where form, economy and dwelling converge. The project implies a new social contract in which housing is driven no longer by traditional forms of ownership, but by a cooperative contract among inhabitants that allows them to live together by sharing spaces and facilities that would not be possible within the confined orthodox typology of a “house”. 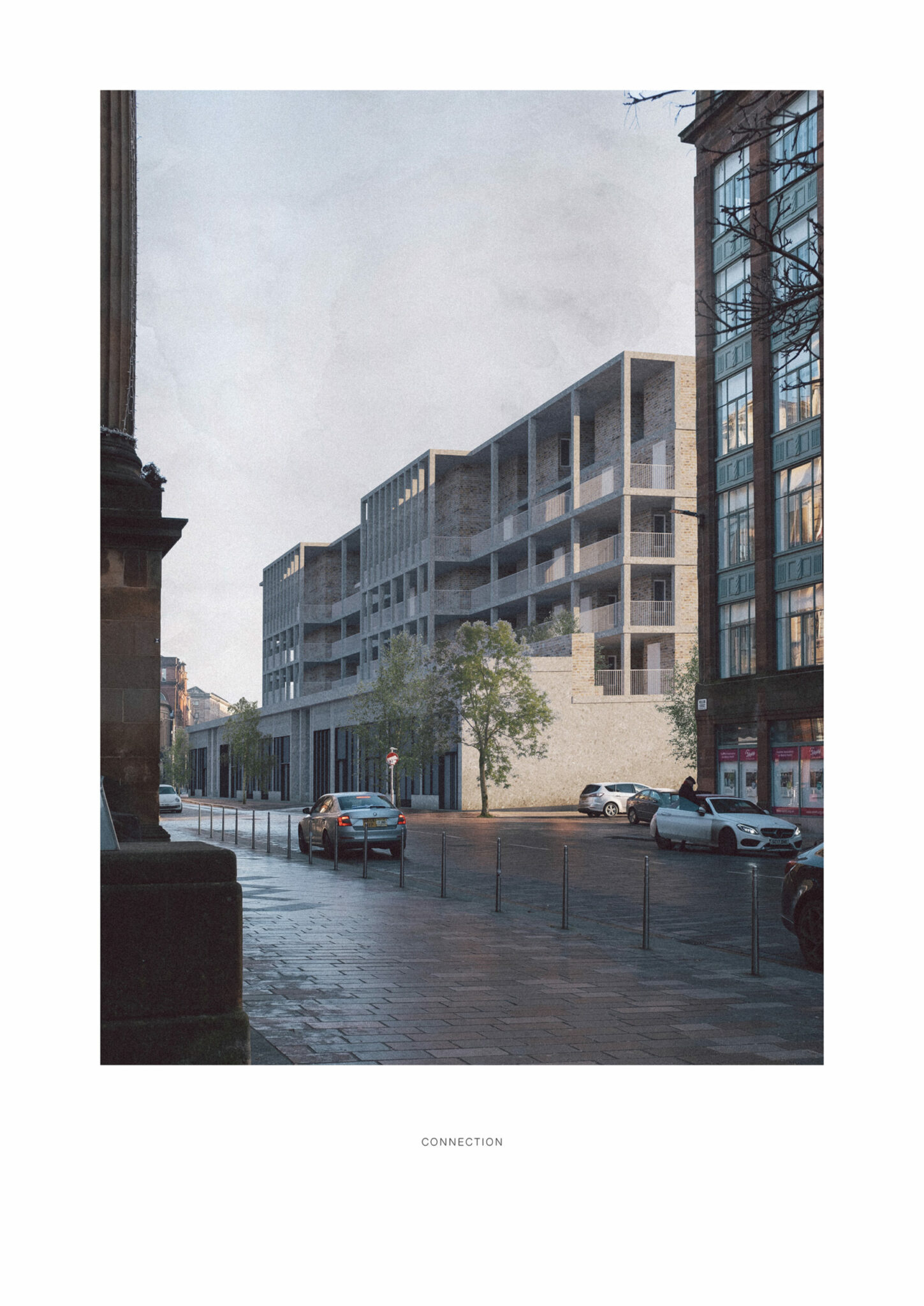 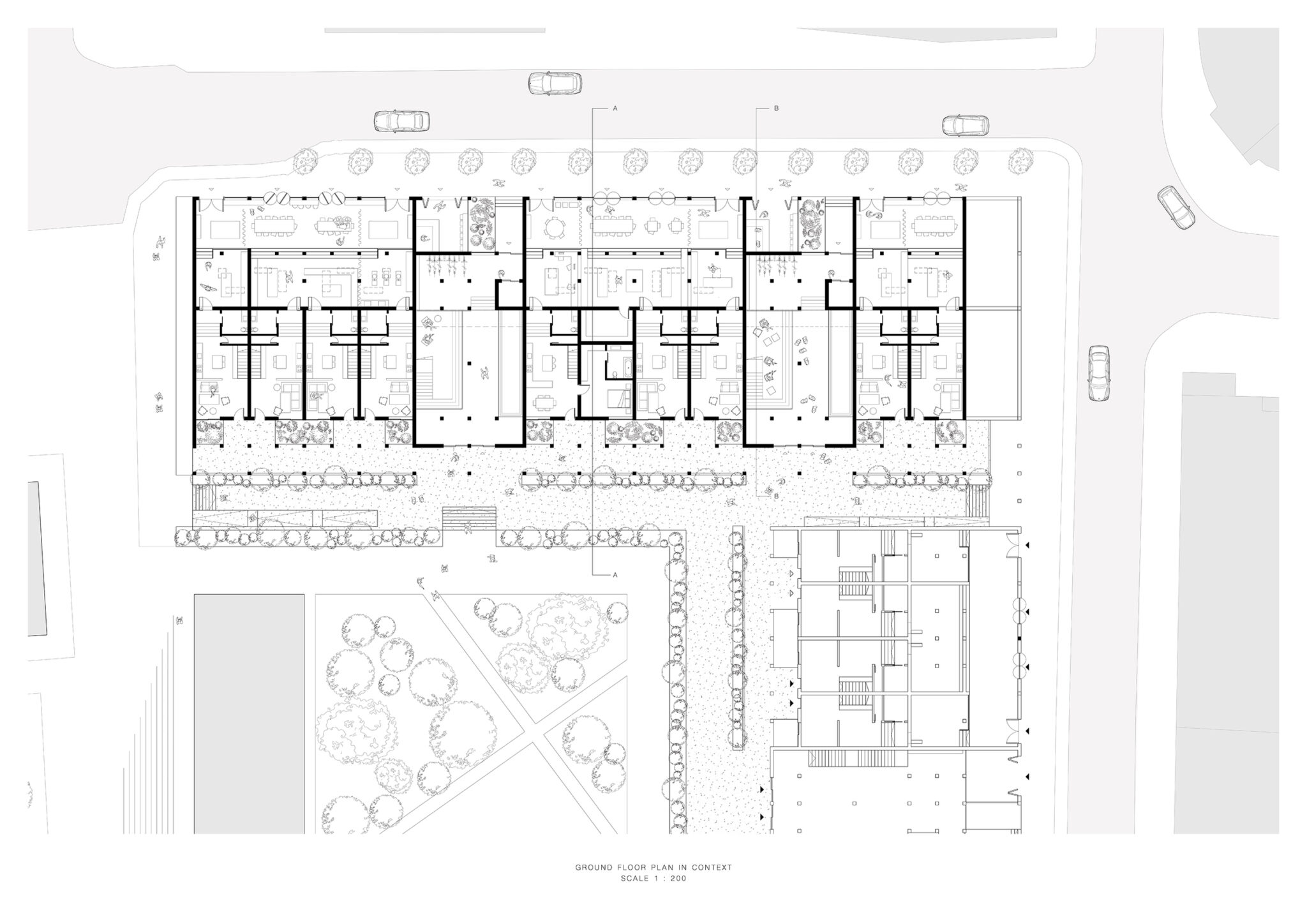 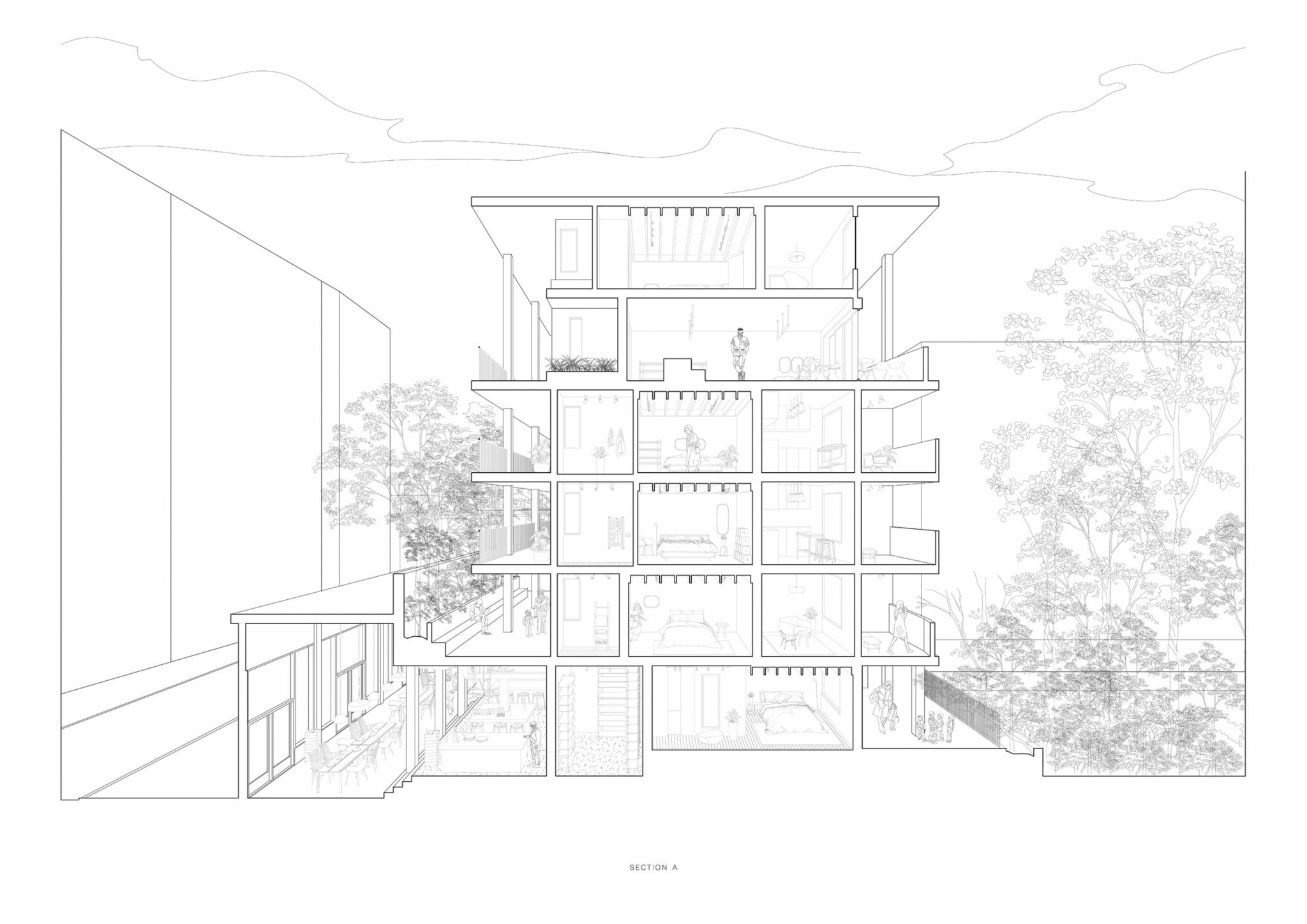 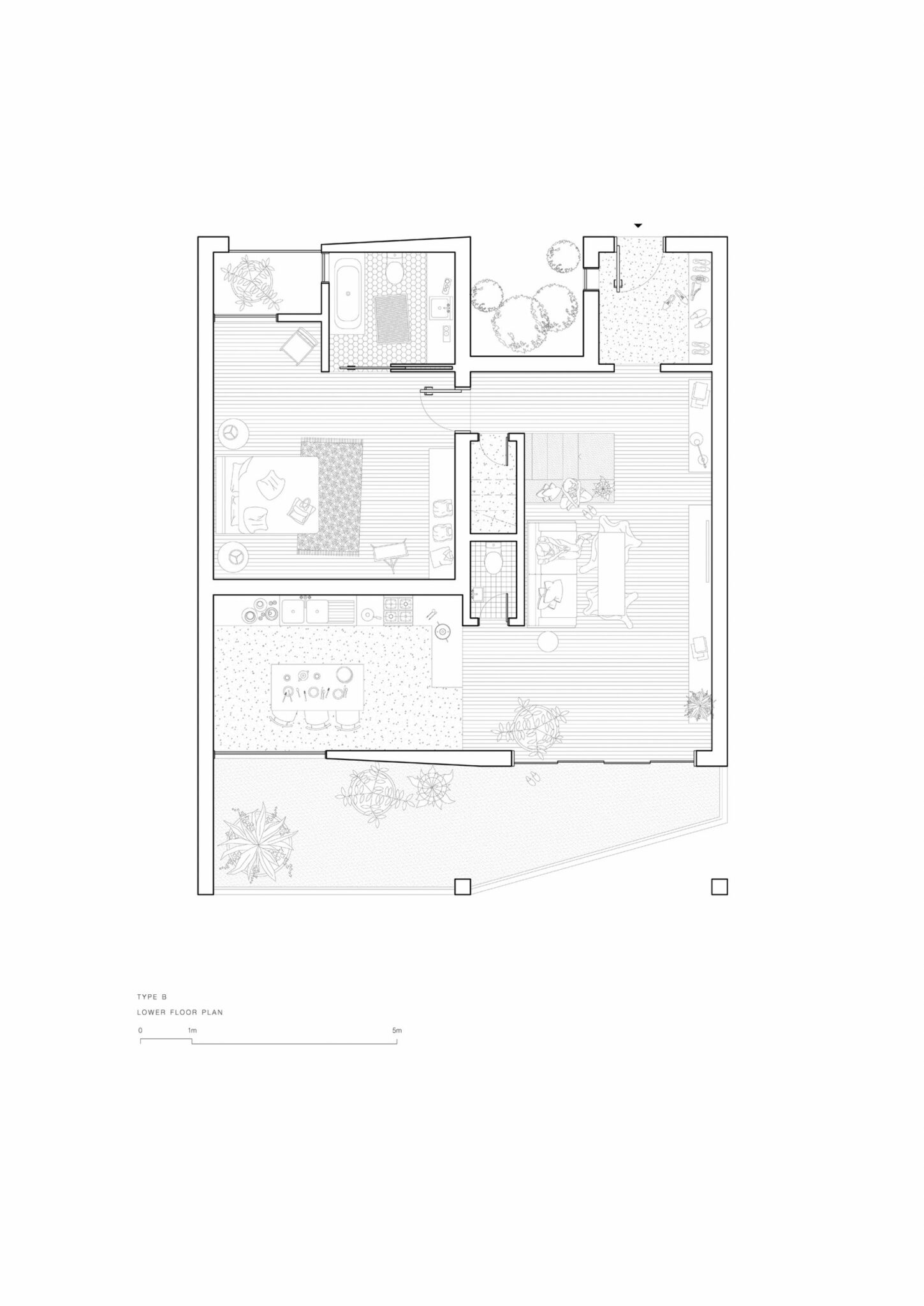 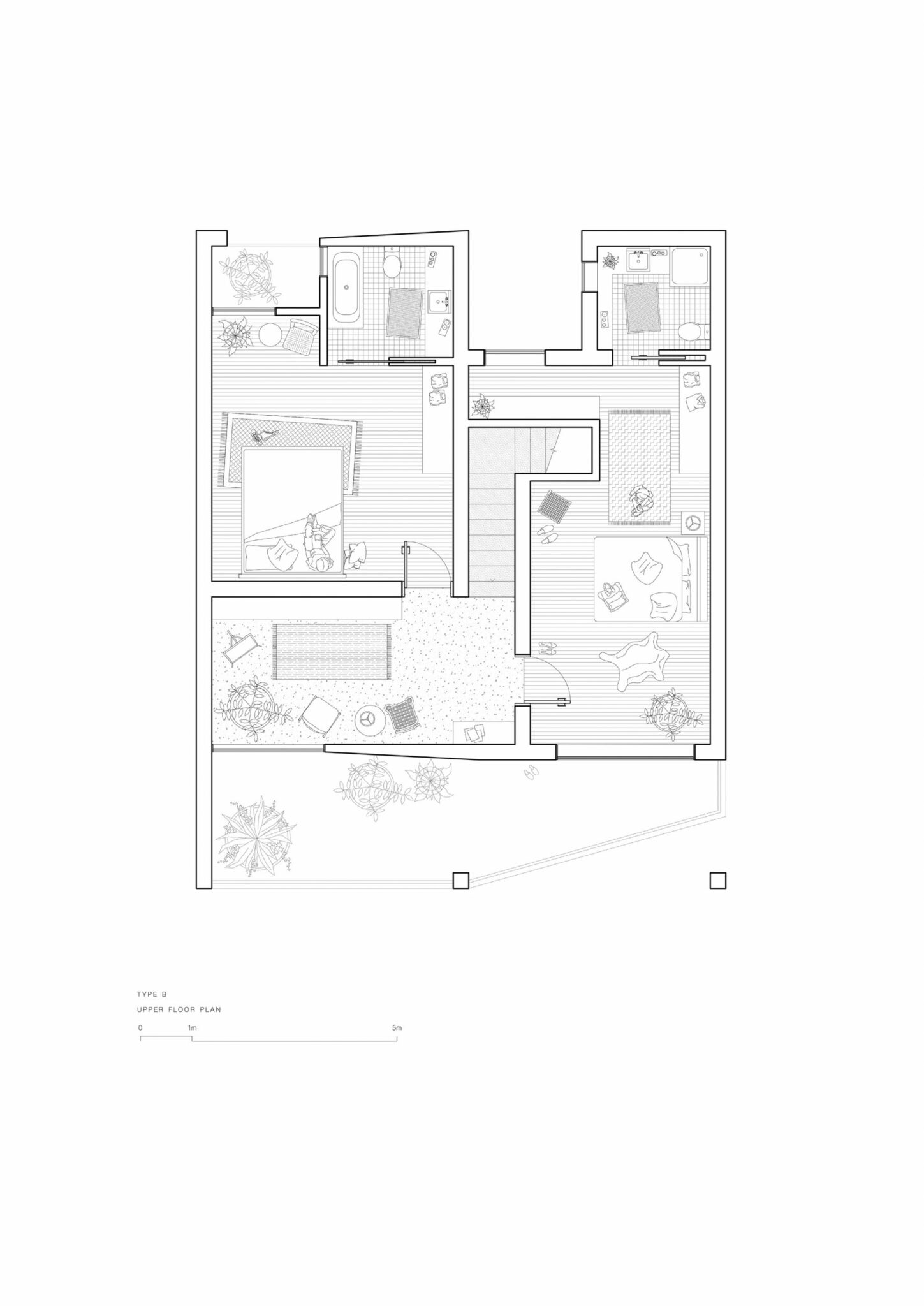 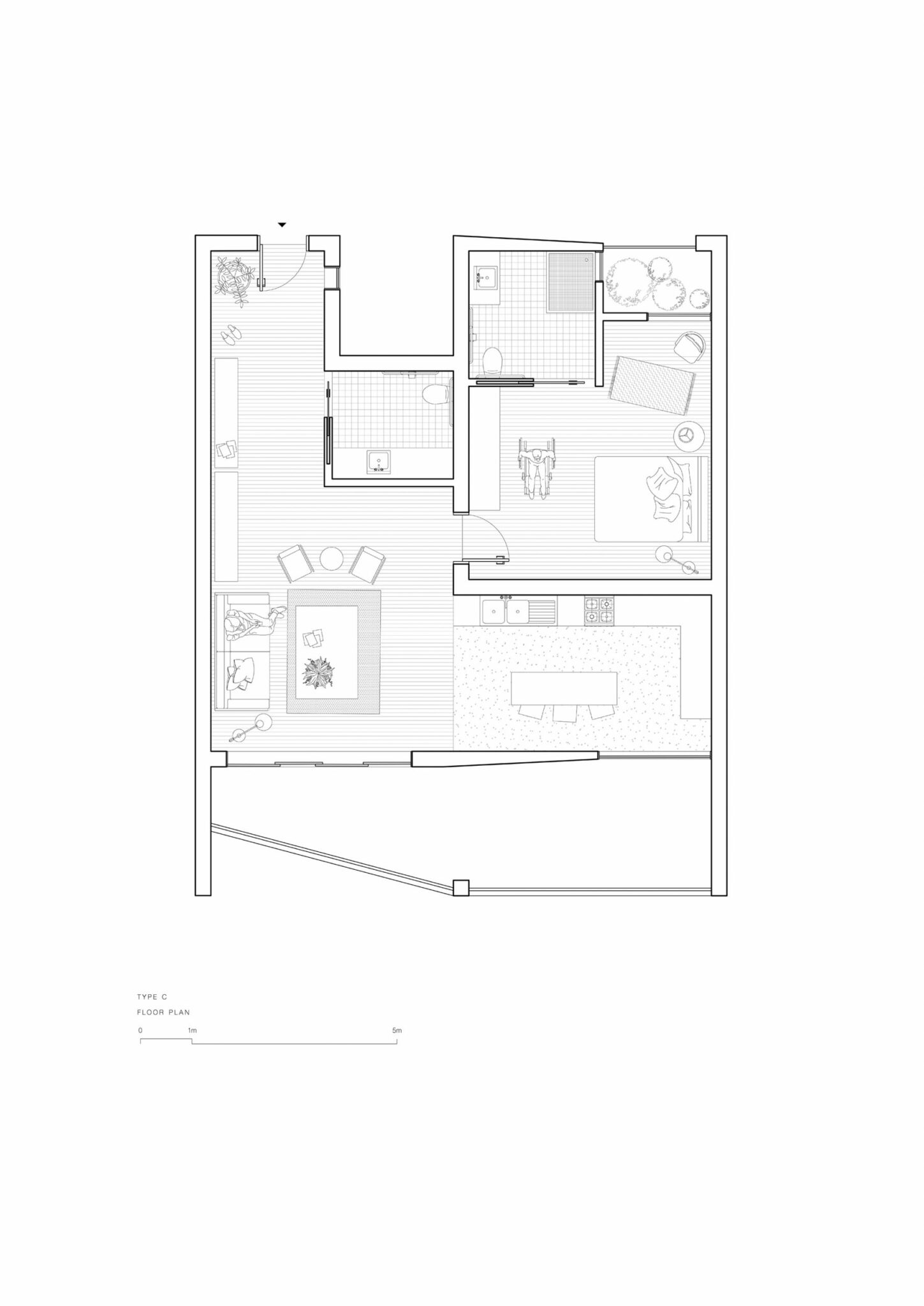 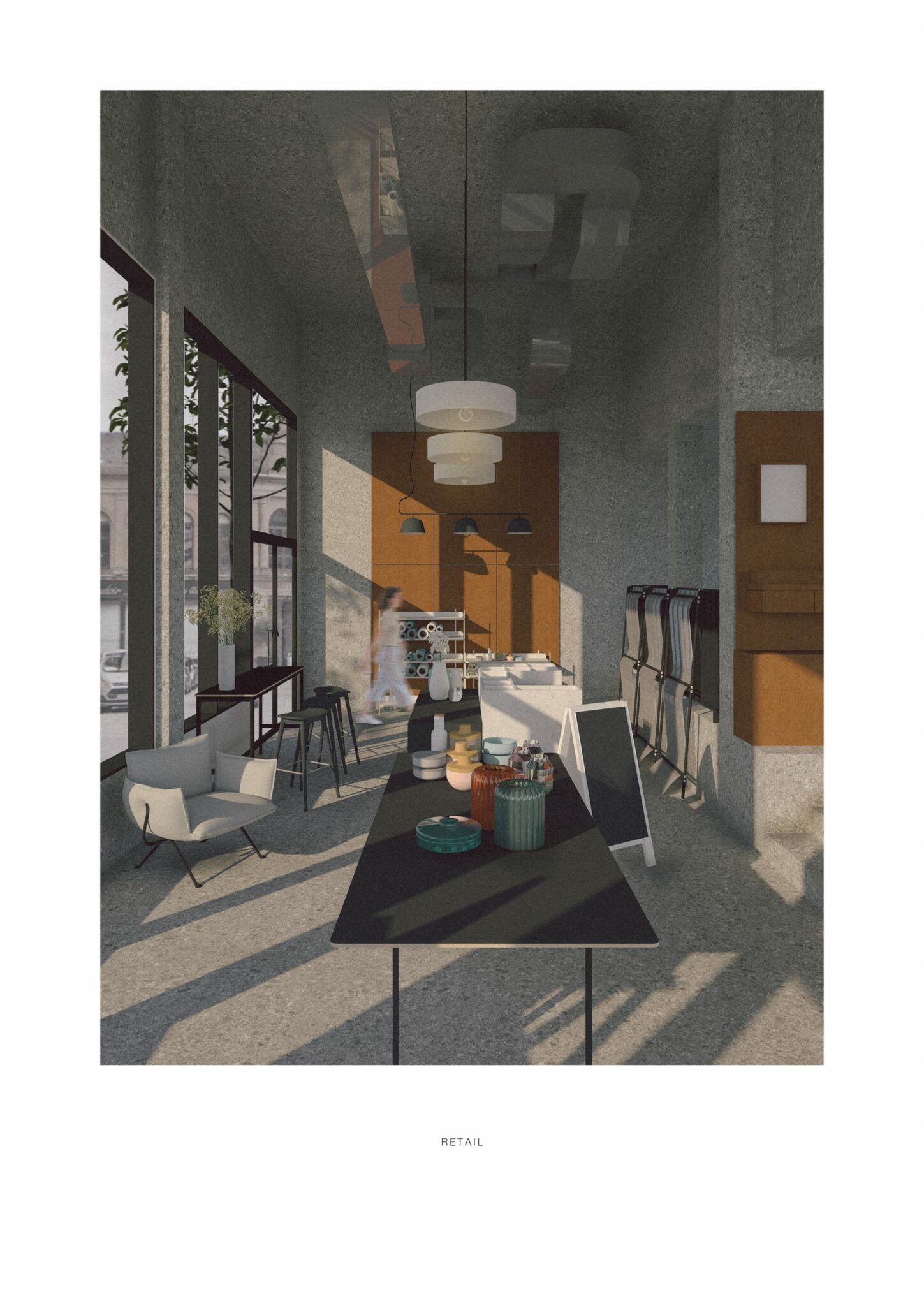 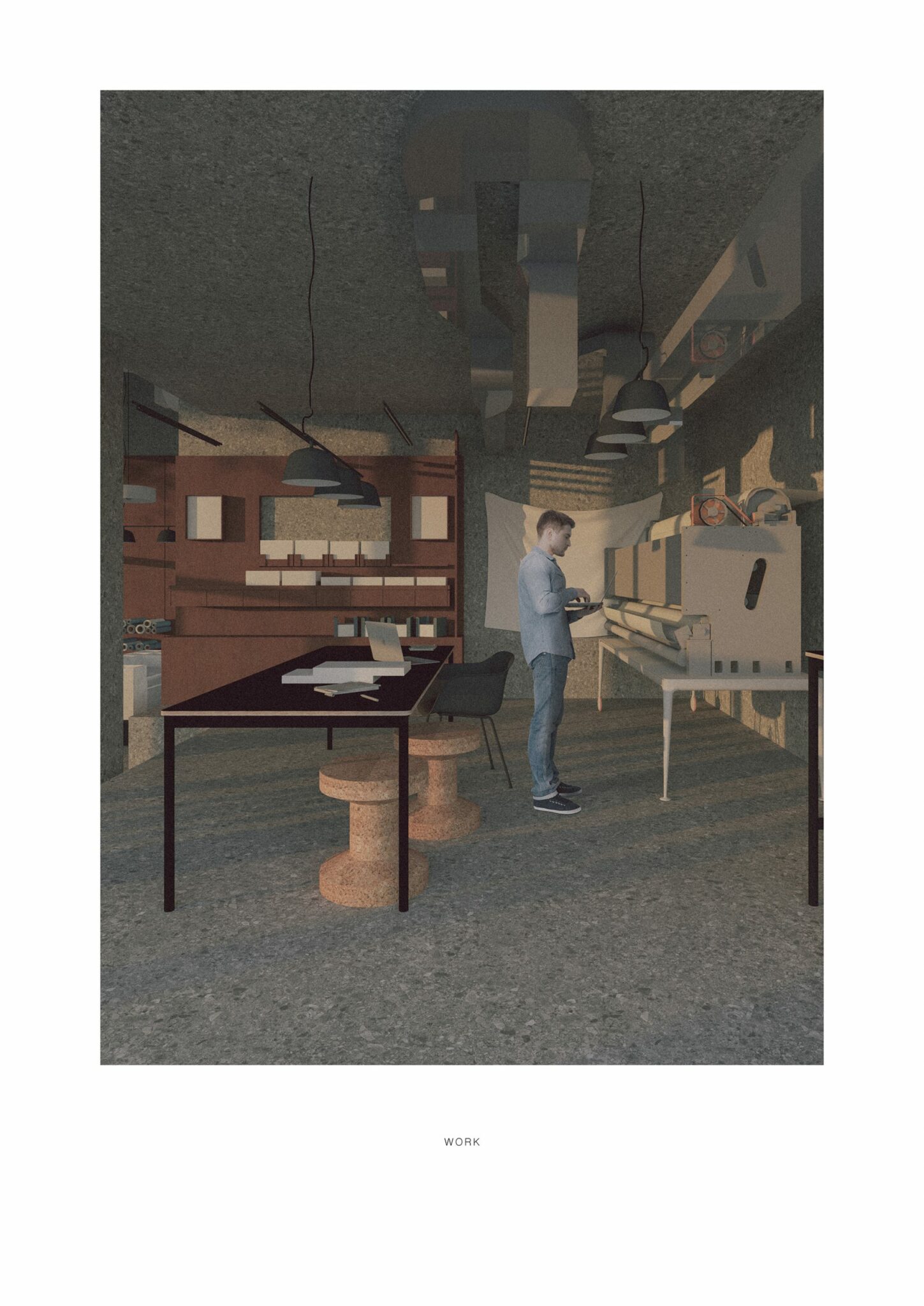 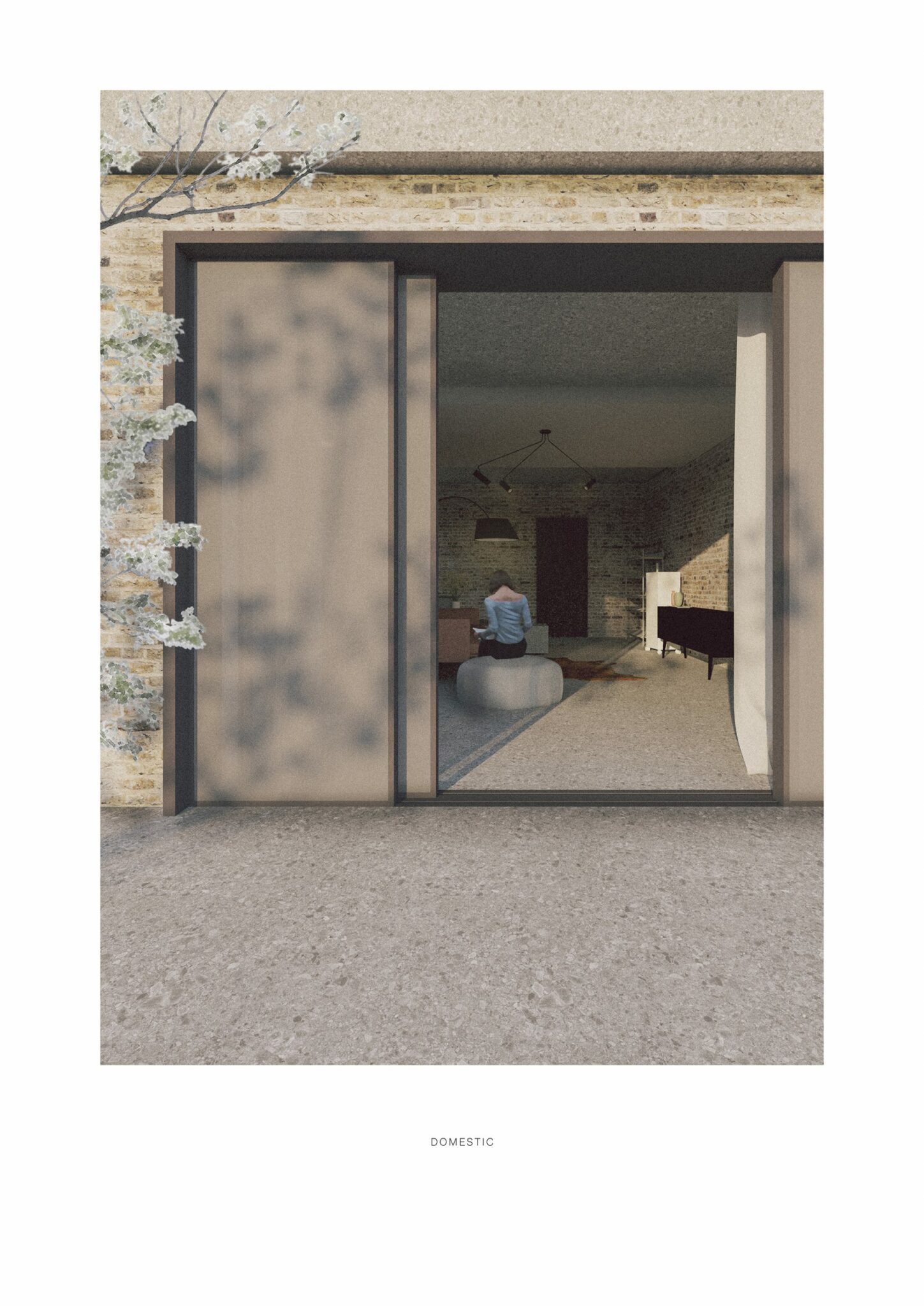 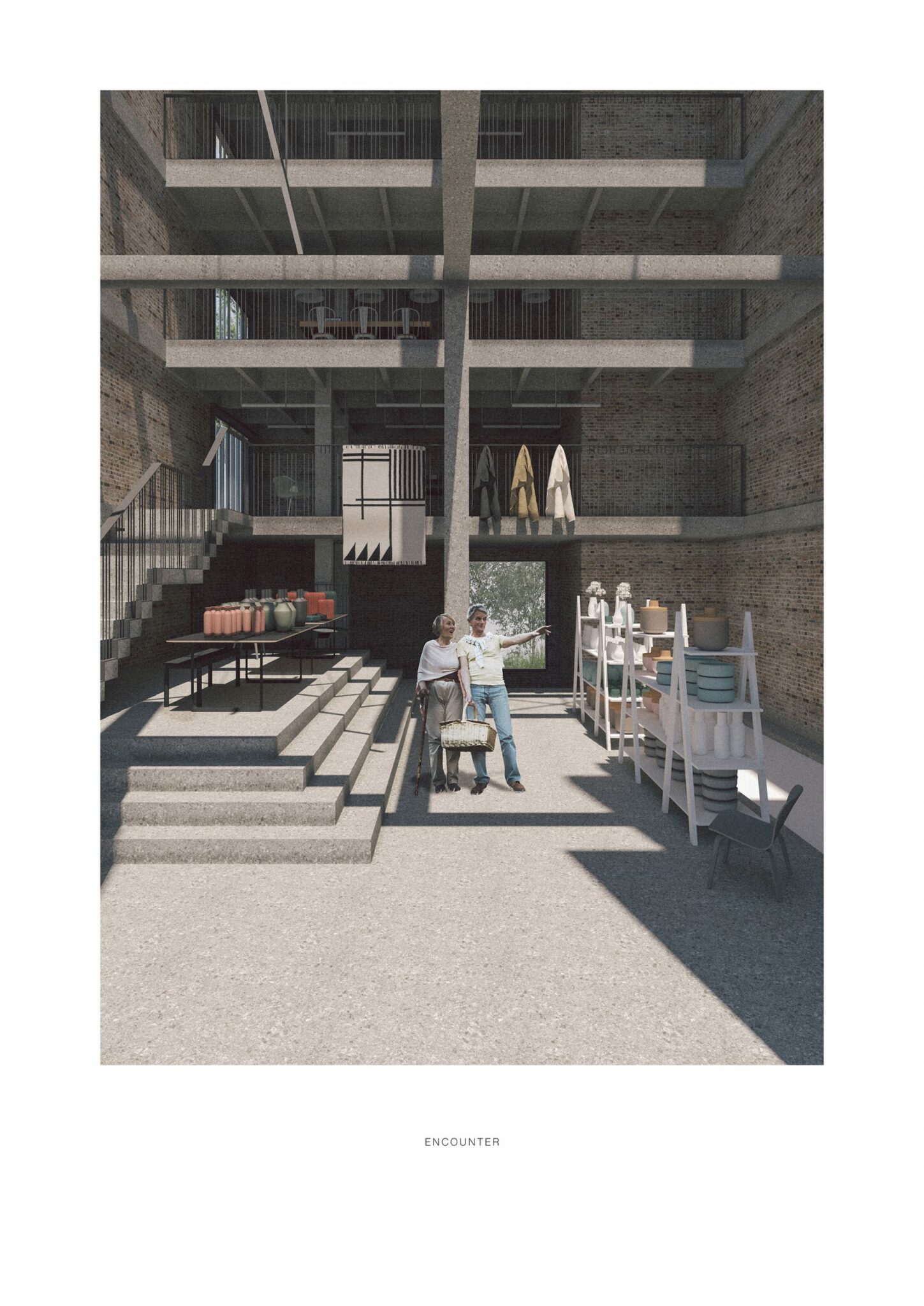