For my final year project, I made the decision to design for death. This presented a challenge as death is a topic that can’t just be approached with arm’s length academic interest because it affects us all existentially. It isn’t simply an event at the end of our lives; it’s the horizon against which our entire existence unfolds. As such, this project became more than simply developing a product to deal with the prolific problems within the funeral industry, which includes a lack of burial space, the environmental damage caused by cremation and the high cost for families. I also needed to develop an understanding of current cultural practises and the meaning of the corpse and how it is treated. This was achieved through close conversation with various user groups and industry stakeholders.

The resulting design focuses on body composting, a process which transforms the deceased into soil. The body is placed inside a vessel, surrounded by sawdust and interred into a chamber. This provides the perfect environment for naturally occurring microbes to break down the body with aeration and slow rotation. The chambers and their glowing doors make up the future cemetery, one which is situated in the city and simplifies the current funeral process.

This topic was vast and complex but hugely rewarding. It gave me the chance to develop a product that functions not only on a biochemical and mechanical level, but more importantly, on an emotional one. It opens up a conversation that I believe many of us need to have, and never more so than right now. 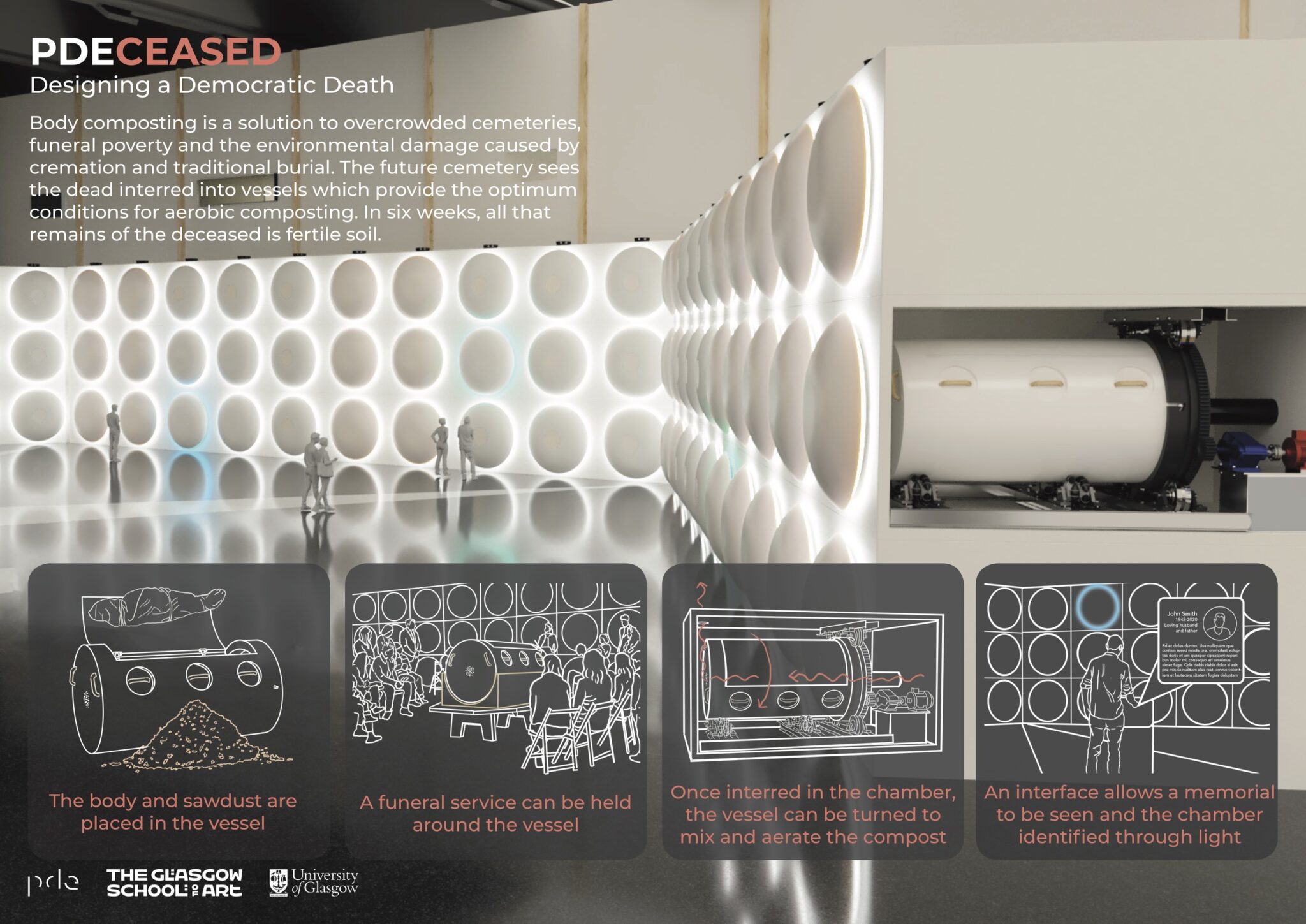 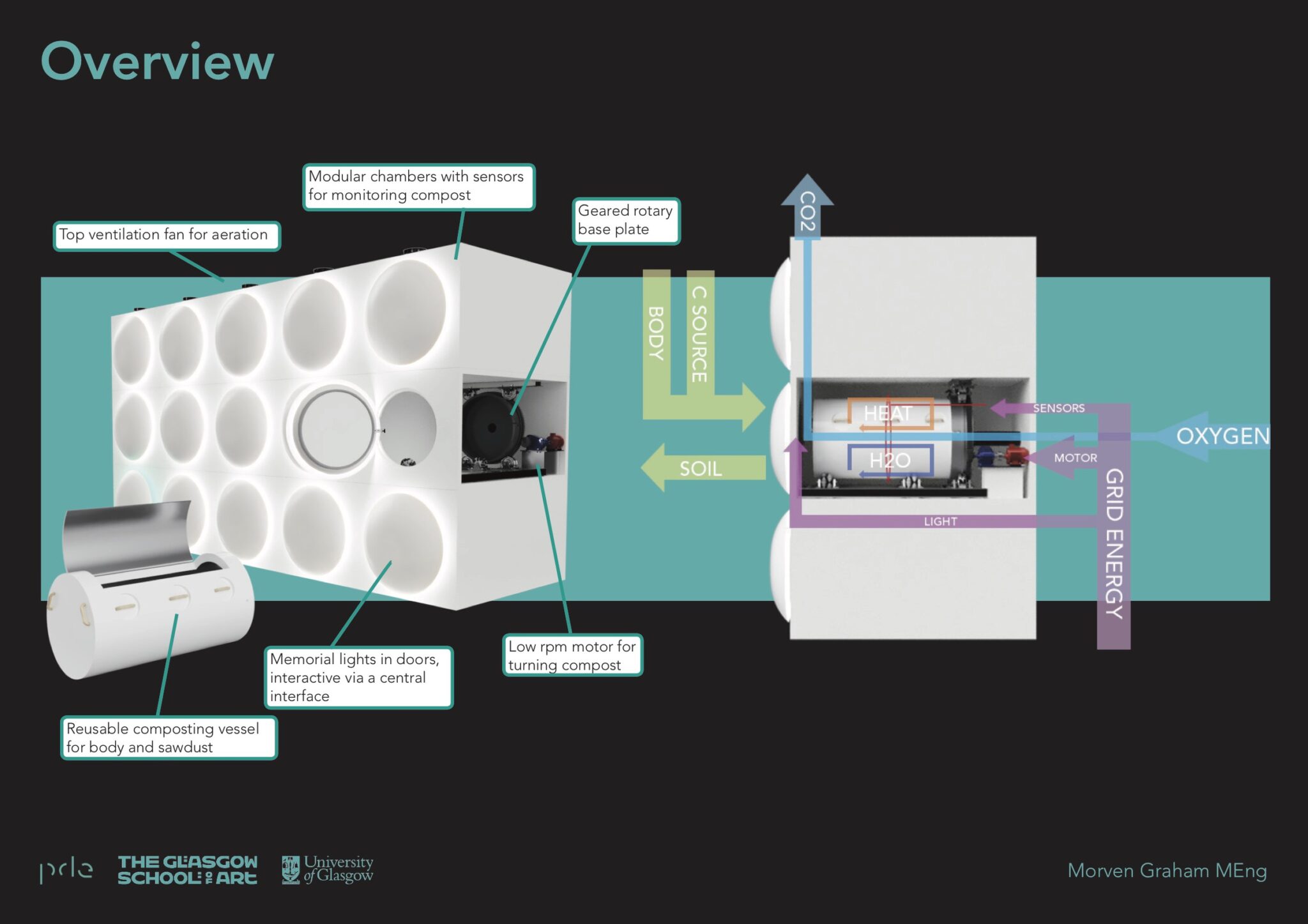 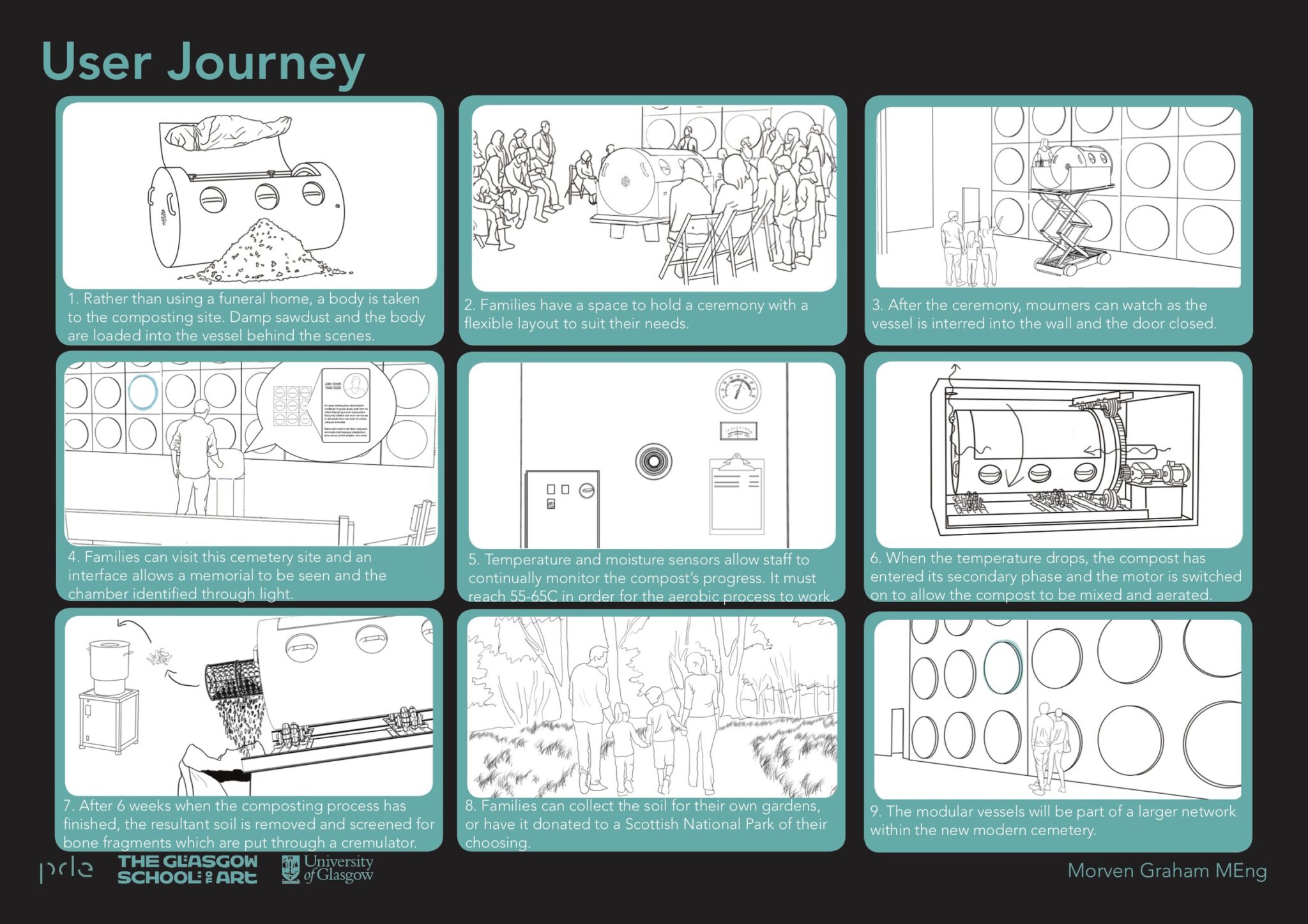 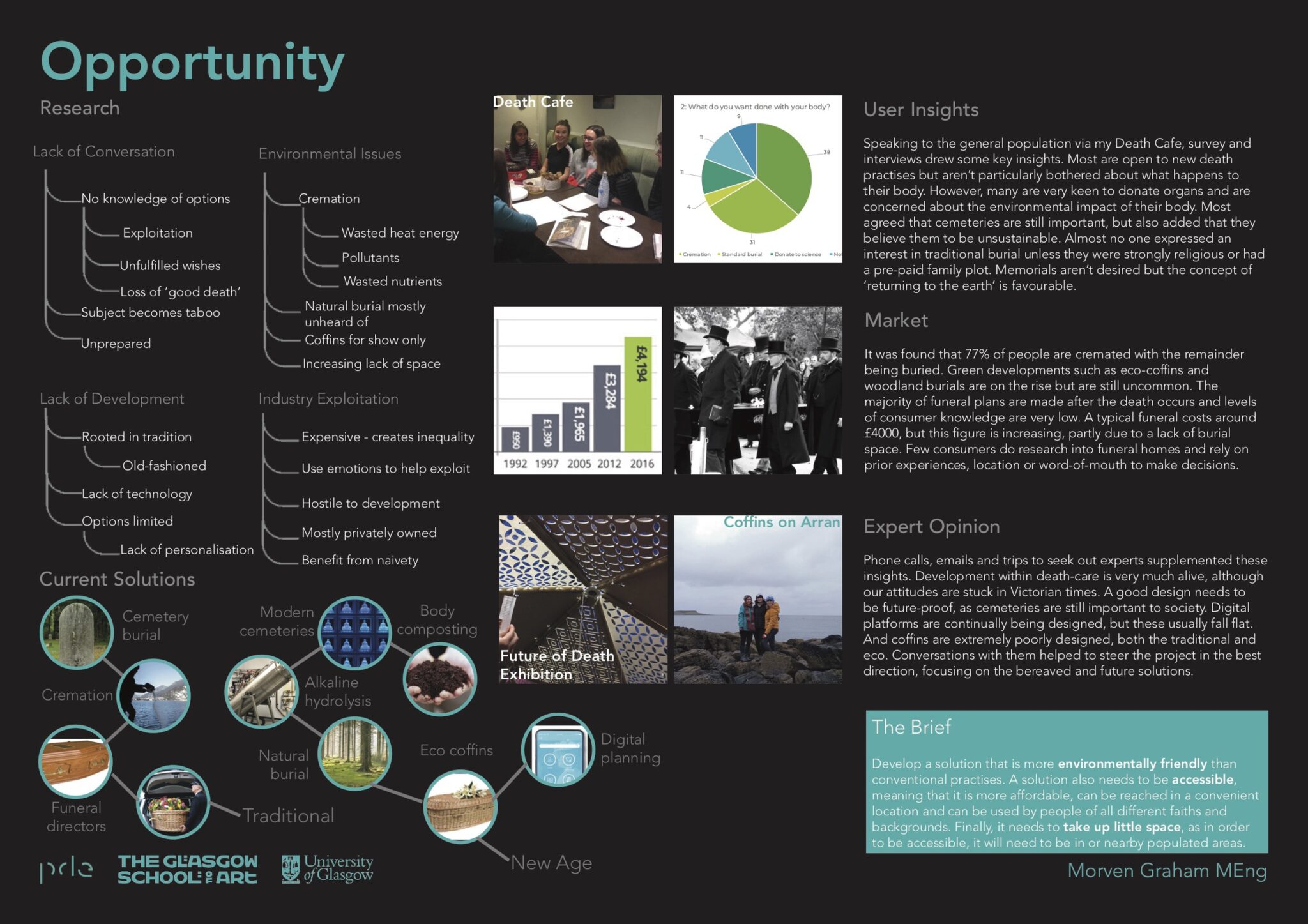 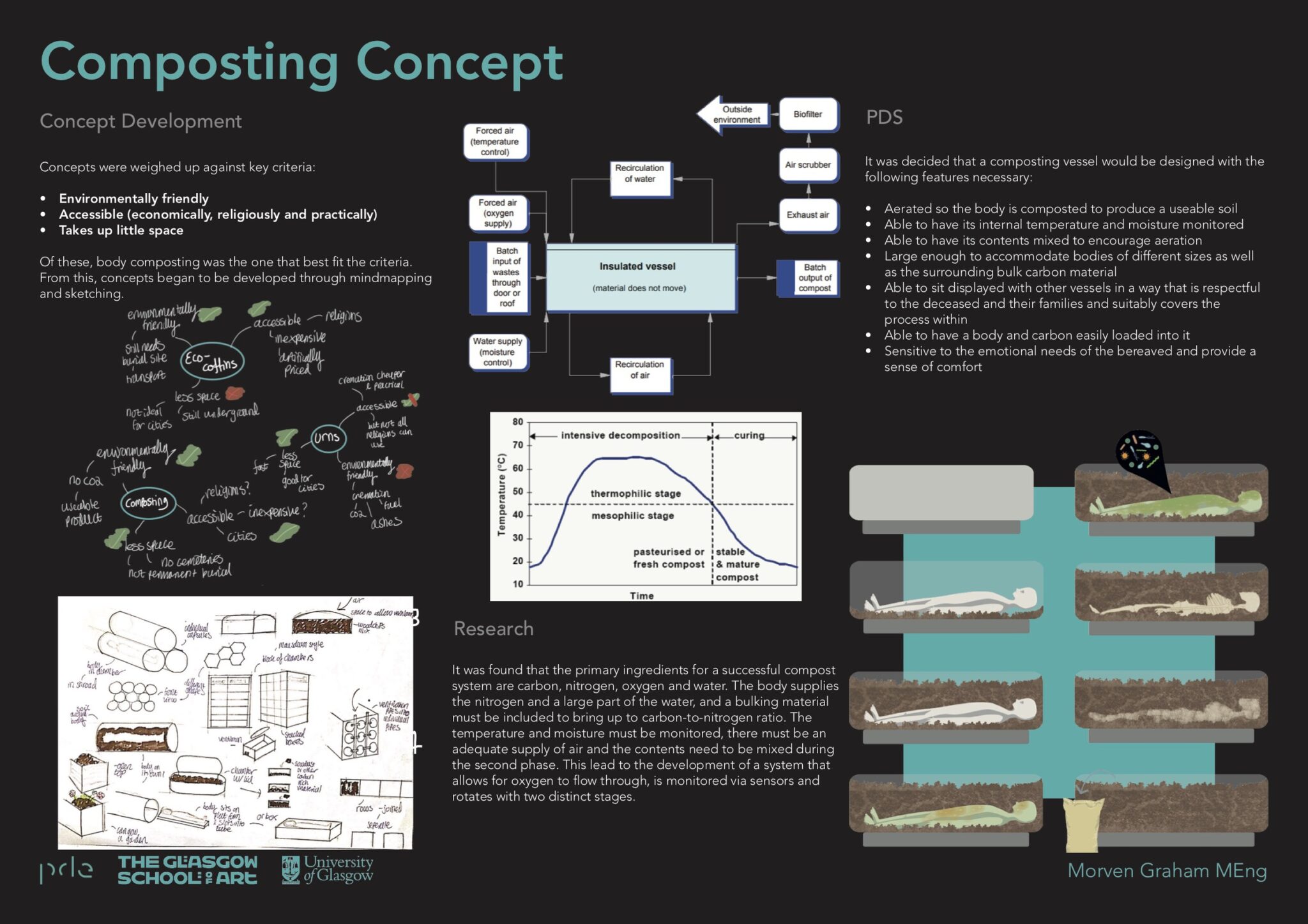 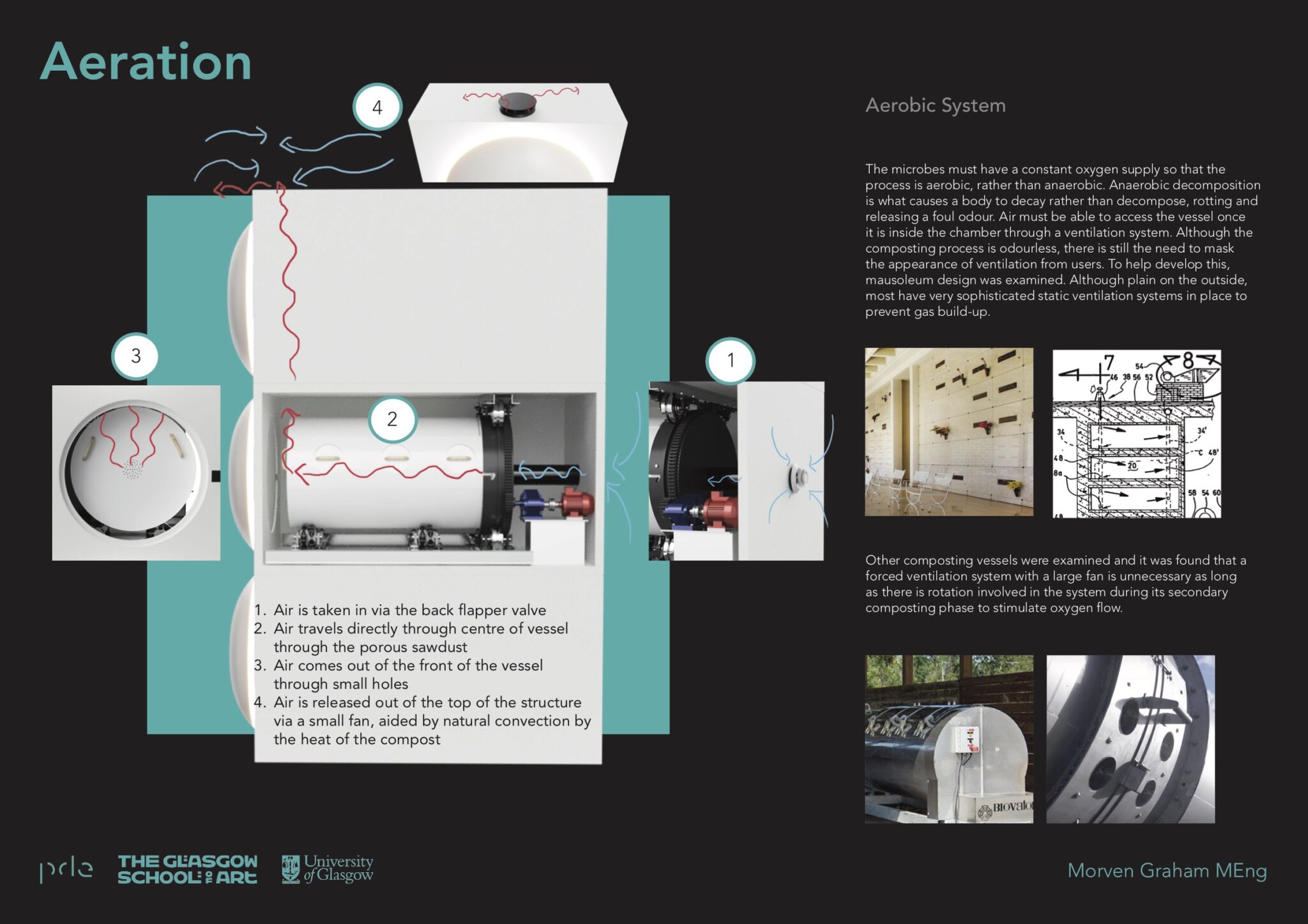 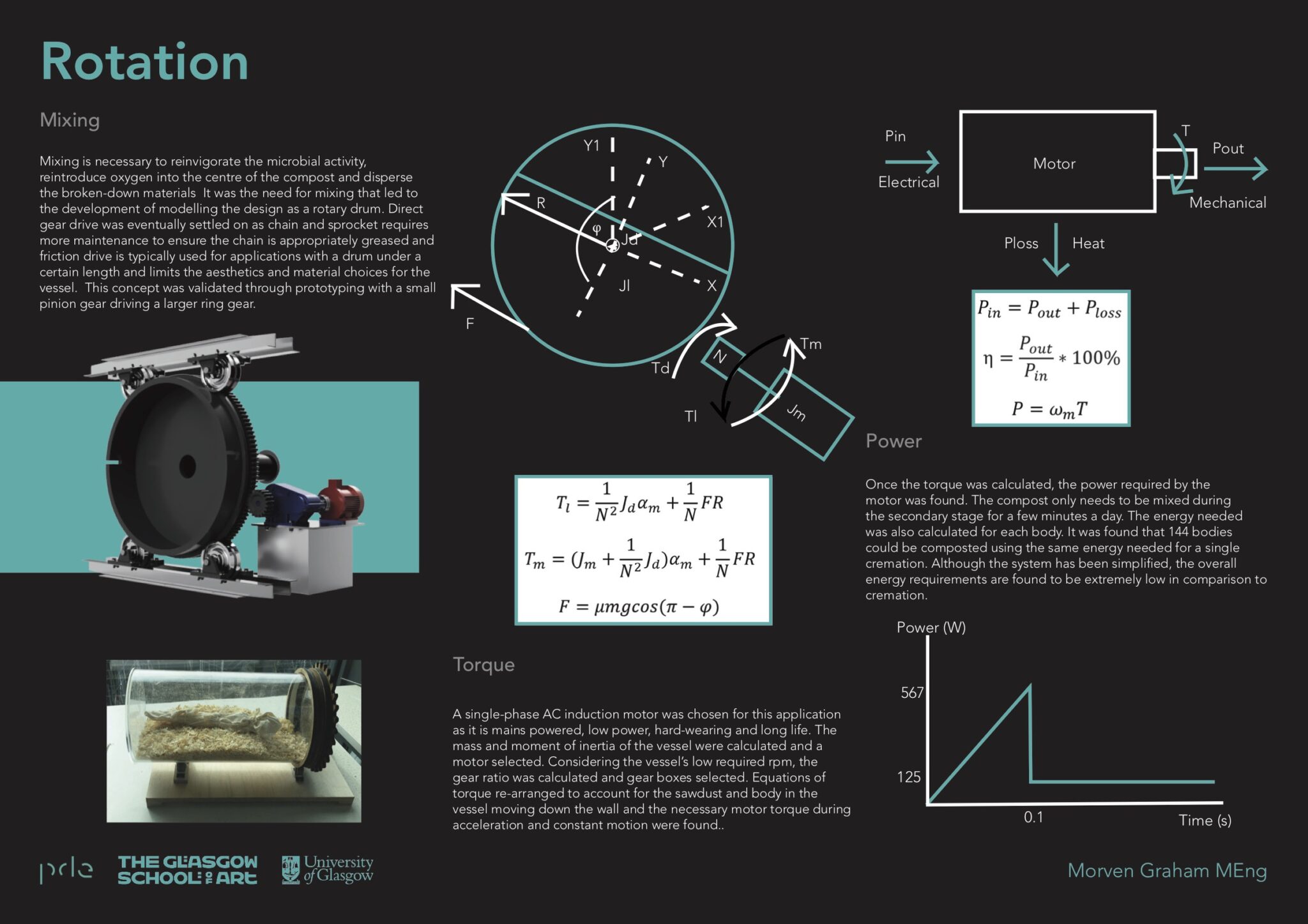