King Leopold II of Belgium in the Congo

“If truth is thought of as a goal that can never be attained, those who rather conspicuously do not care about it will seem that much less villainous than they are”
– Simon Blackburn, ‘Truth: A Guide for the Perplexed’

“Public Truths are precious collective achievements arrived at…through slow sifting of alternative interpretations based on careful observation and argument and painstaking deliberation by trustworthy experts”
– Sheila Jasanoff, ‘Back from the Brink: Truth and Trust in the Public Sphere’

In a near and not implausible future where society’s descent into a maelstrom of misinformation has obliterated the boundary between fact and fiction, and populist rhetoric and emotive language become evermore prevalent, an Institute of Political Objectivity is proposed as a global exemplar in Antwerp. The international outcry against King Leopold II’s abhorrent reign over the Congo Free State is the genesis of the proposal’s objectives: the holding of political parties and institutions to account, and the promotion of objectivity within society through didactic teaching, active discourse, and procedural transparency.

Fundamental to the proposal’s programmatic inspiration are the key figures who brought King Leopold II’s atrocities to a global audience through various forms of media, lobbying, and discourse, including Alice Seeley Harris, a photographer; E.D. Morel, a journalist; and Roger Casement, a diplomat. Their actions ultimately exposed Leopold’s intricate web of lies and deceit with damning, irrefutable evidence, holding him to account, and forcing him to cede the Congo Free State to Belgium. Crucial to our knowledge and understanding of Leopold’s reign are the late twentieth-century publications of Jules Marchal, a Belgian diplomat, whose work brought previously unseen archived information to light, ensuring that Belgium’s colonialism was not misremembered or conveniently forgotten. Ultimately, it is this ability to reassess information which gives confidence in institutions and sources of information.

The proposed Institute of Political Objectivity is simultaneously concerned with the synthesis of objective truths regarding current events and topics on a daily basis; and the transparency, openness, and trust generated by the knowledge that its archives can be accessed and evidence revisited at any time. Objectivity and truth are reached not through judgments made by an omnipotent organisation, but through conclusions reached by individuals via a critical analysis of all viewpoints, and a collective reassurance that all information can be revisited should new evidence or arguments materialise.

Spatially, discrete yet intrinsically linked volumes facilitate dialectics, discussion, and the pursuit of objective truth through the examination of all hypotheses, as asserted in Plato’s Analogy of the Divided Line. Galleries and exhibitions; accommodation for visiting experts; and debate spaces of varying formality and scale encourage the formation of theses and antitheses within visitors. In analysing and discussing a multitude of viewpoints, visitors form well-informed opinions. Objectivity is sought through the careful analysis of all relevant information on a given subject or event, in order to prevent the mishandling, misinterpretation, or misrepresentation of said information. A subterranean, digital archive holds a record of all events within the building, accessible by anyone who seeks objective information on a given subject. The archive ensures that the Institute itself can be held to account, and is trusted by society to protect information in a time where public trust in institutions, media outlets, and political figures continues to dwindle at an alarming rate. 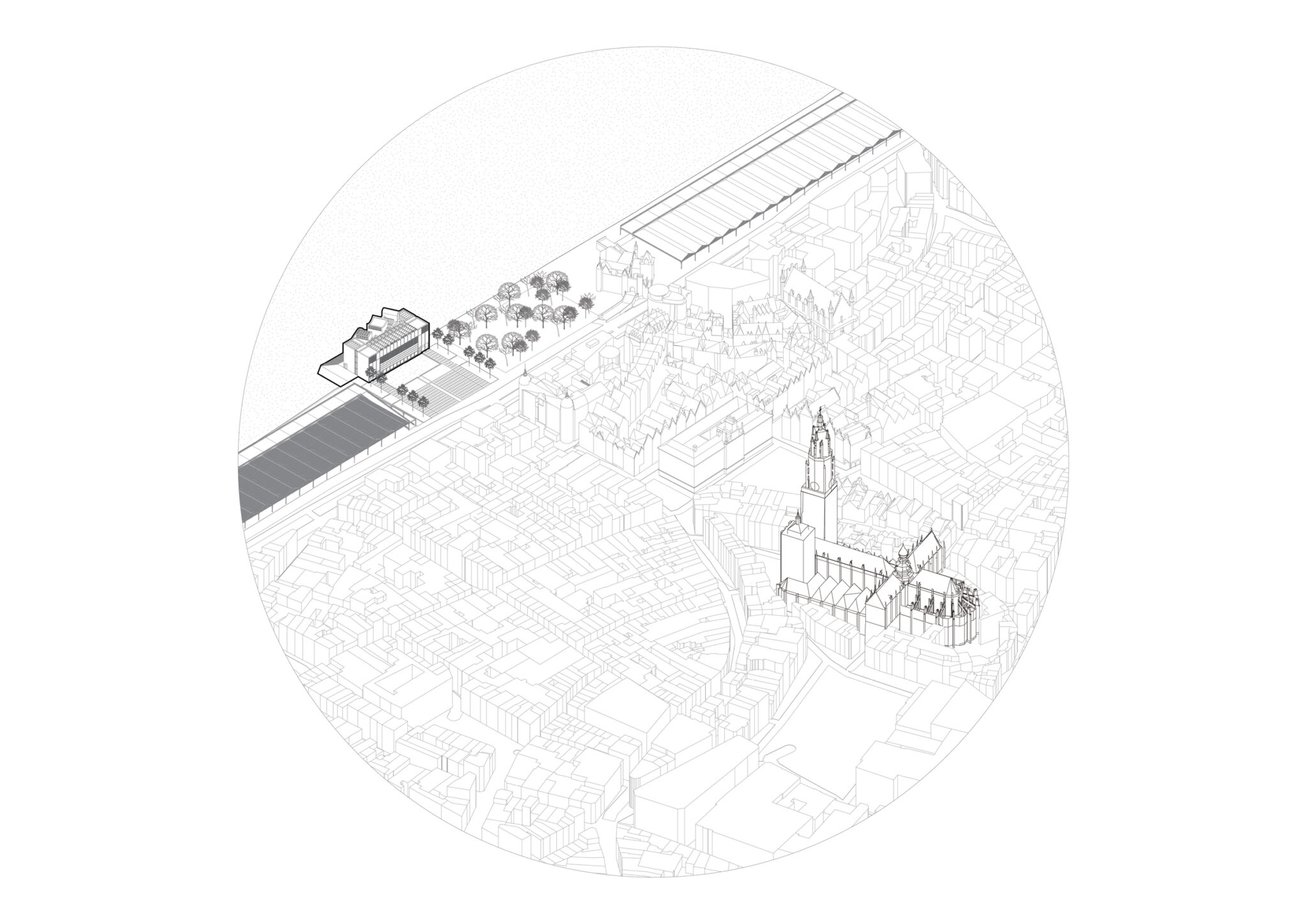 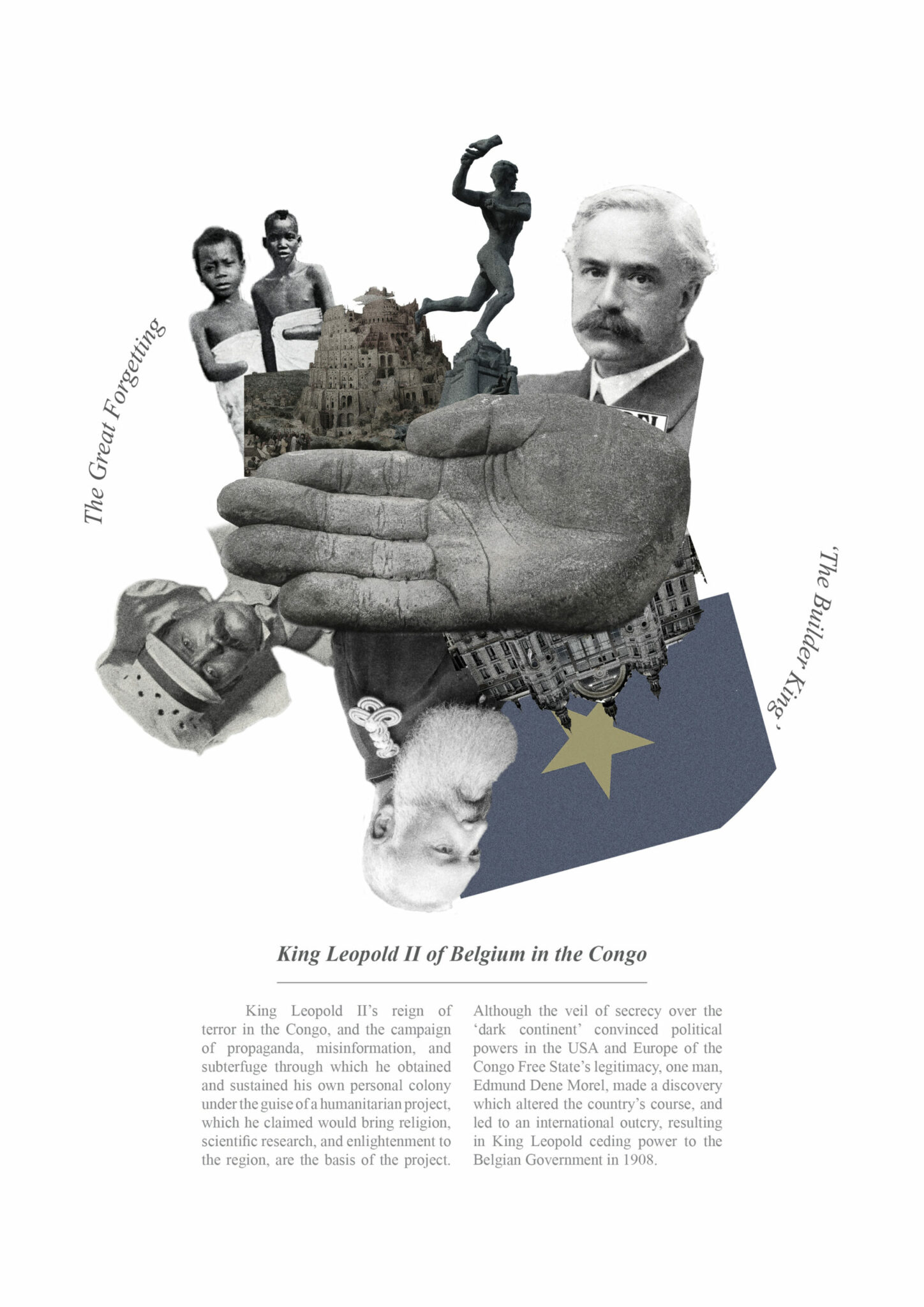 King Leopold II of Belgium in the Congo 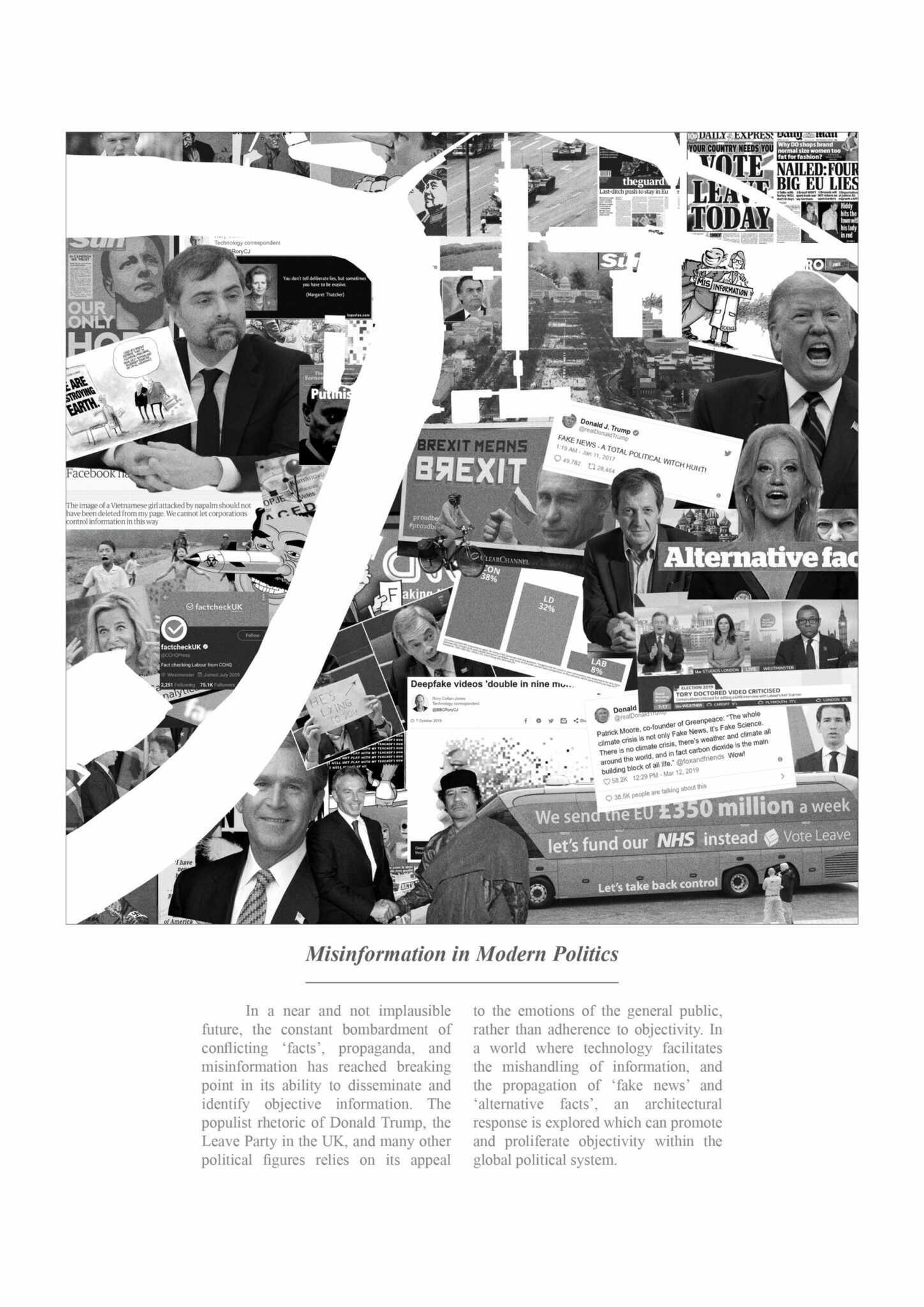 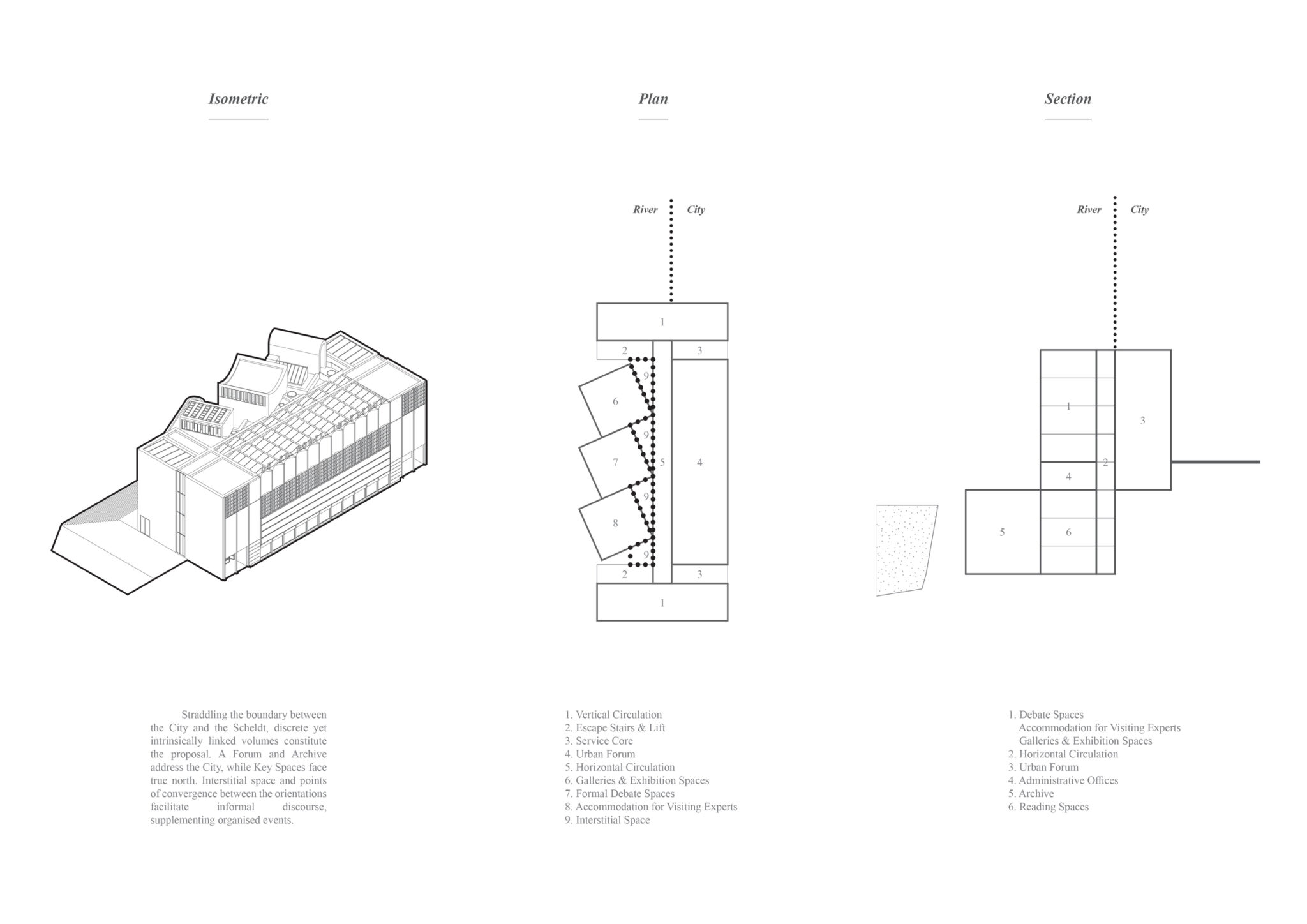 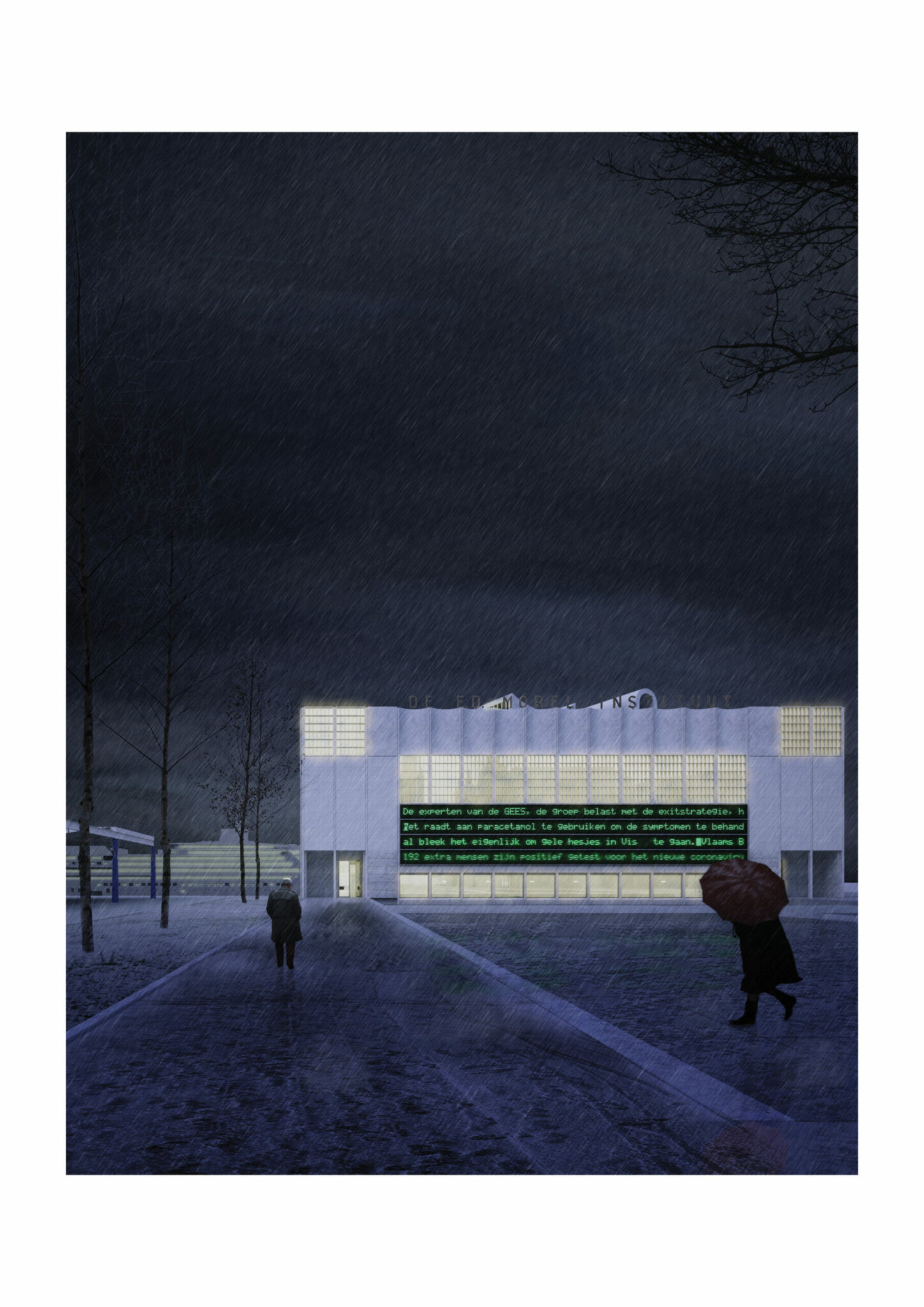 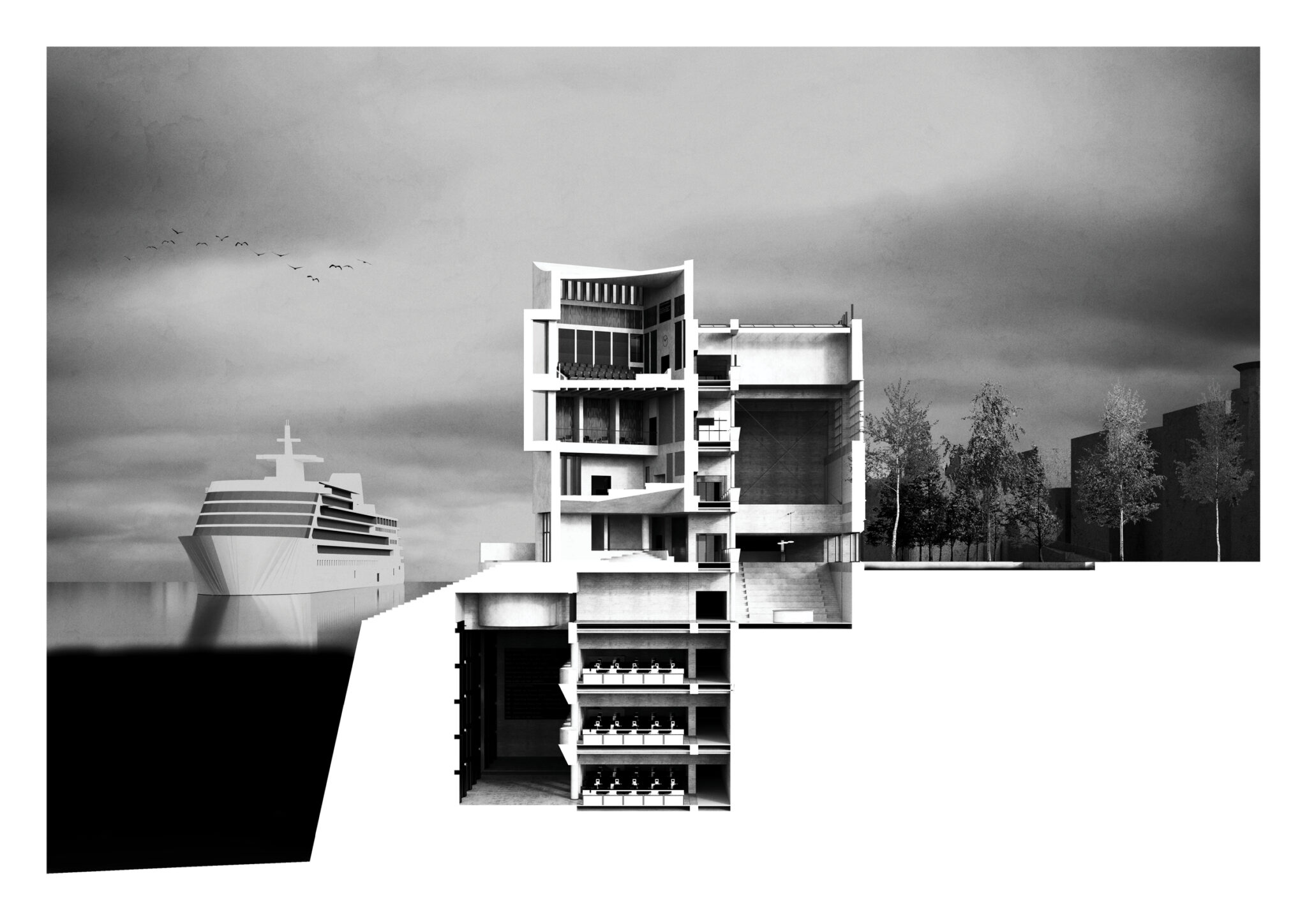 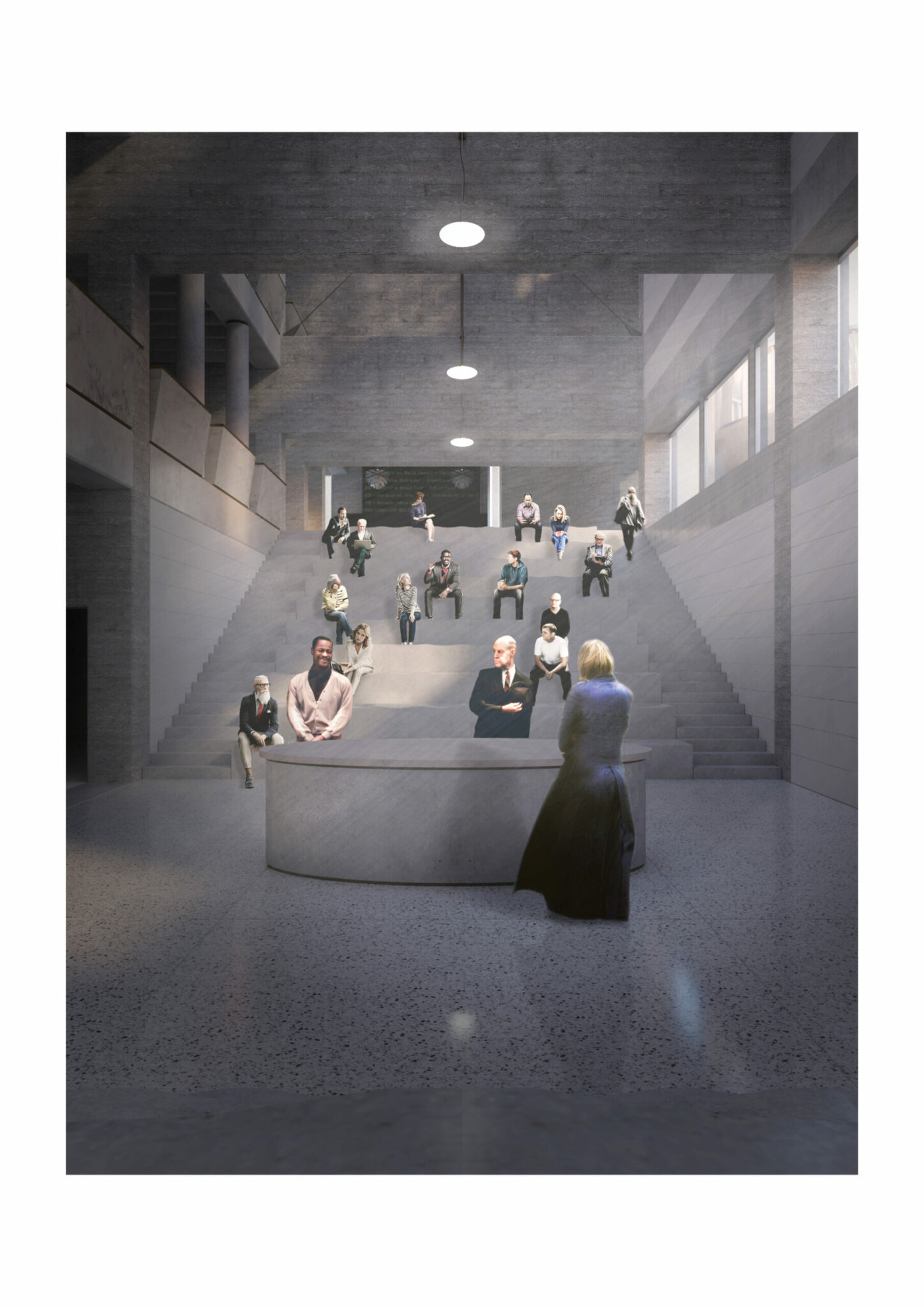 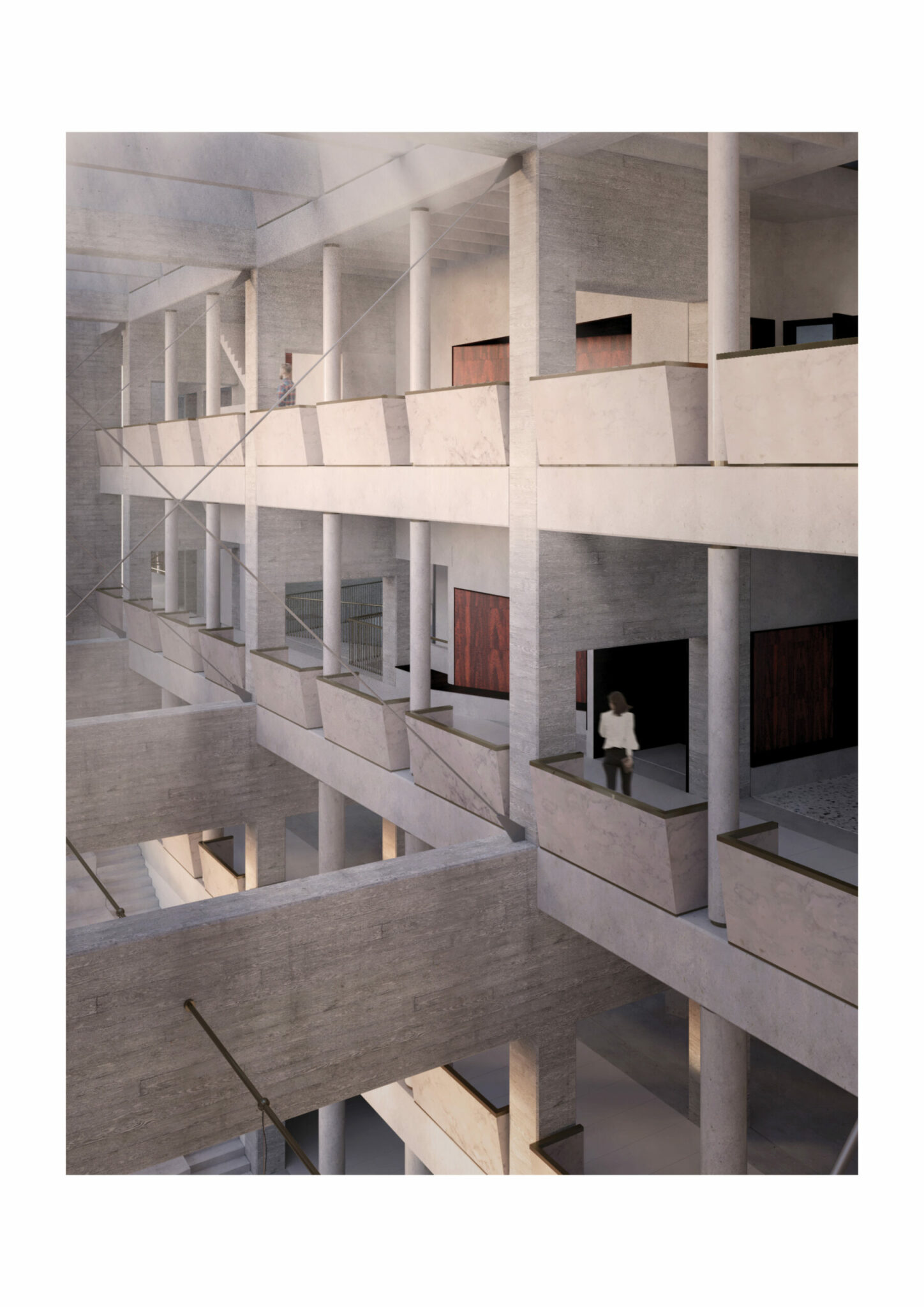 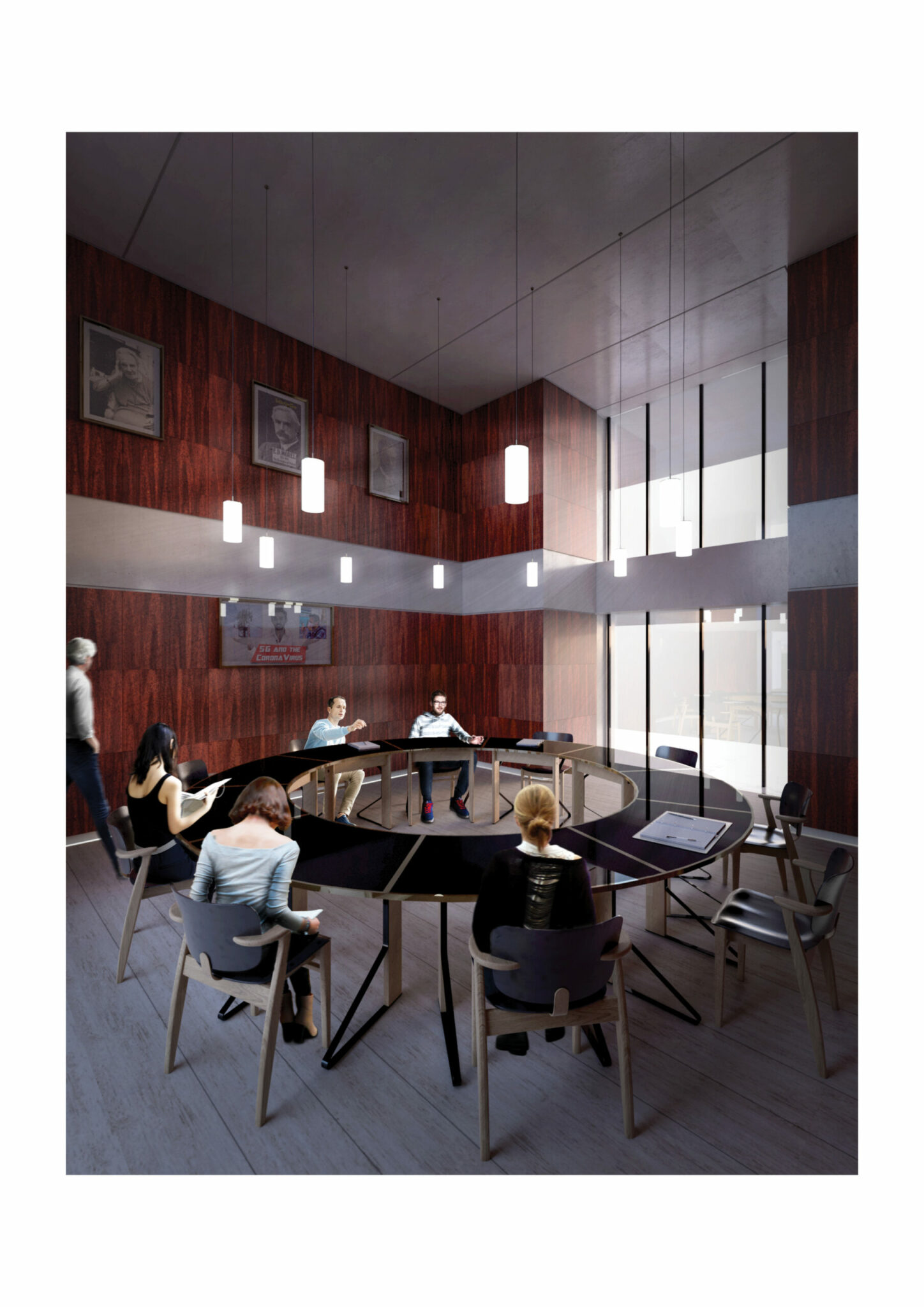 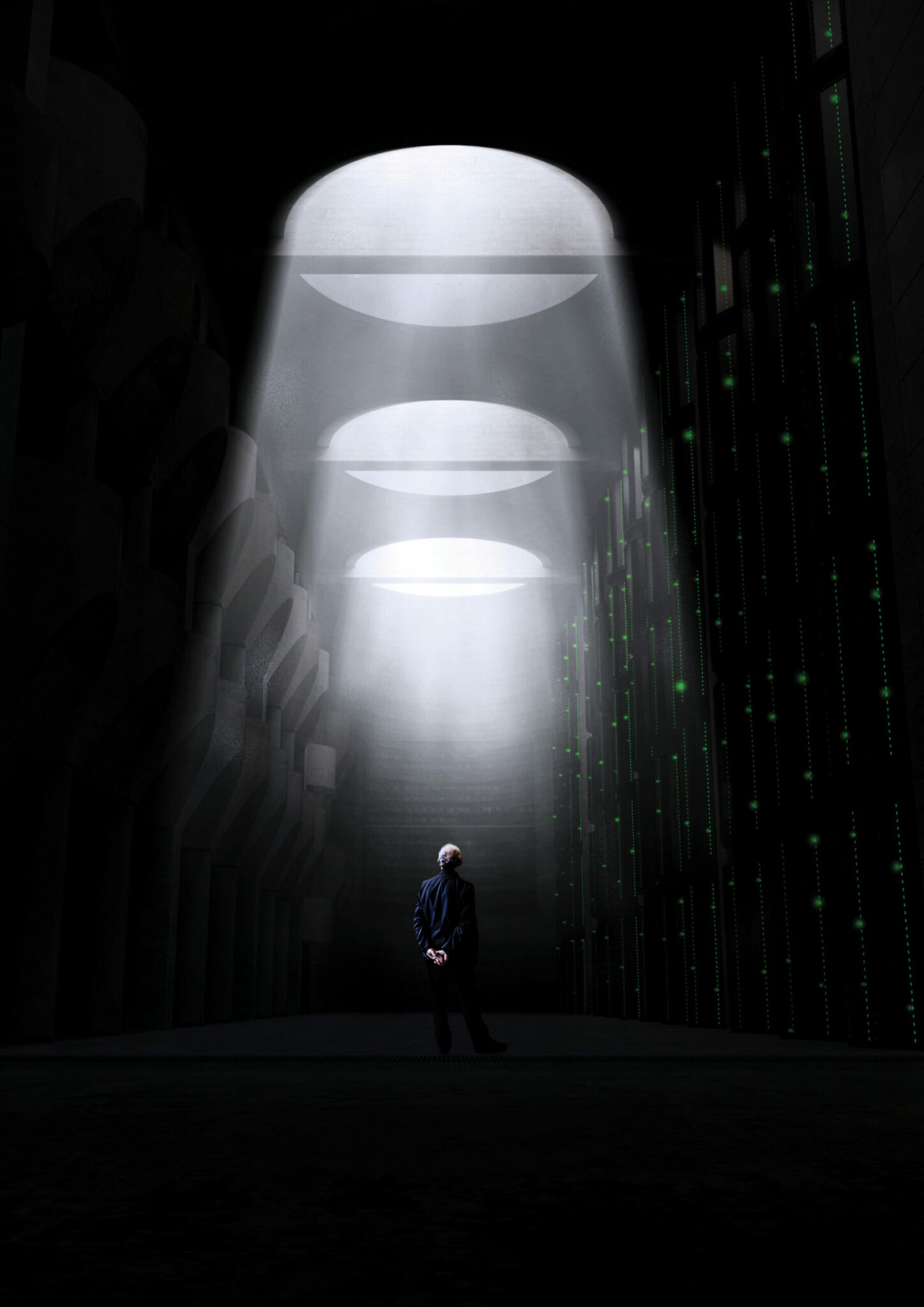