Jackson Deans is a multidisciplinary designer from North Yorkshire. He specialises in architectural design, graphic communication and illustration. With a fondness for bold and brutal forms, his work draws from 20th century Post-Modern, Metabolist, and Brutalist architecture that feeds into all aspects of his work. Whilst studying in Stage 4, Jackson has designed two large-scale architectural projects relating to domesticity and labour in the urban context of Glasgow.

‘Urban Housing’ explores the relationship between not only domesticity and labour, but the broader district in which our site is located, and a masterplan design was established in order to discuss vital social issues within the district. The project is presented from the large scale of the city down to the small scale of an archetypal dwelling, or ‘cell’ that forms the larger build up of the housing complex.

With ‘Urban Building’, Jackson develops a hybrid typology that incorporates contemporary nightclub spaces into the fabric of a traditional Roman bath house. This project addresses issues relating to the LGBTQ+ community and offers spaces that intend to provide different, perhaps contrasting experiences catered to the desire of the user; a meditative spa, an intense techno nightclub, private darkrooms, and virtually any spacial and experiential variance in between. 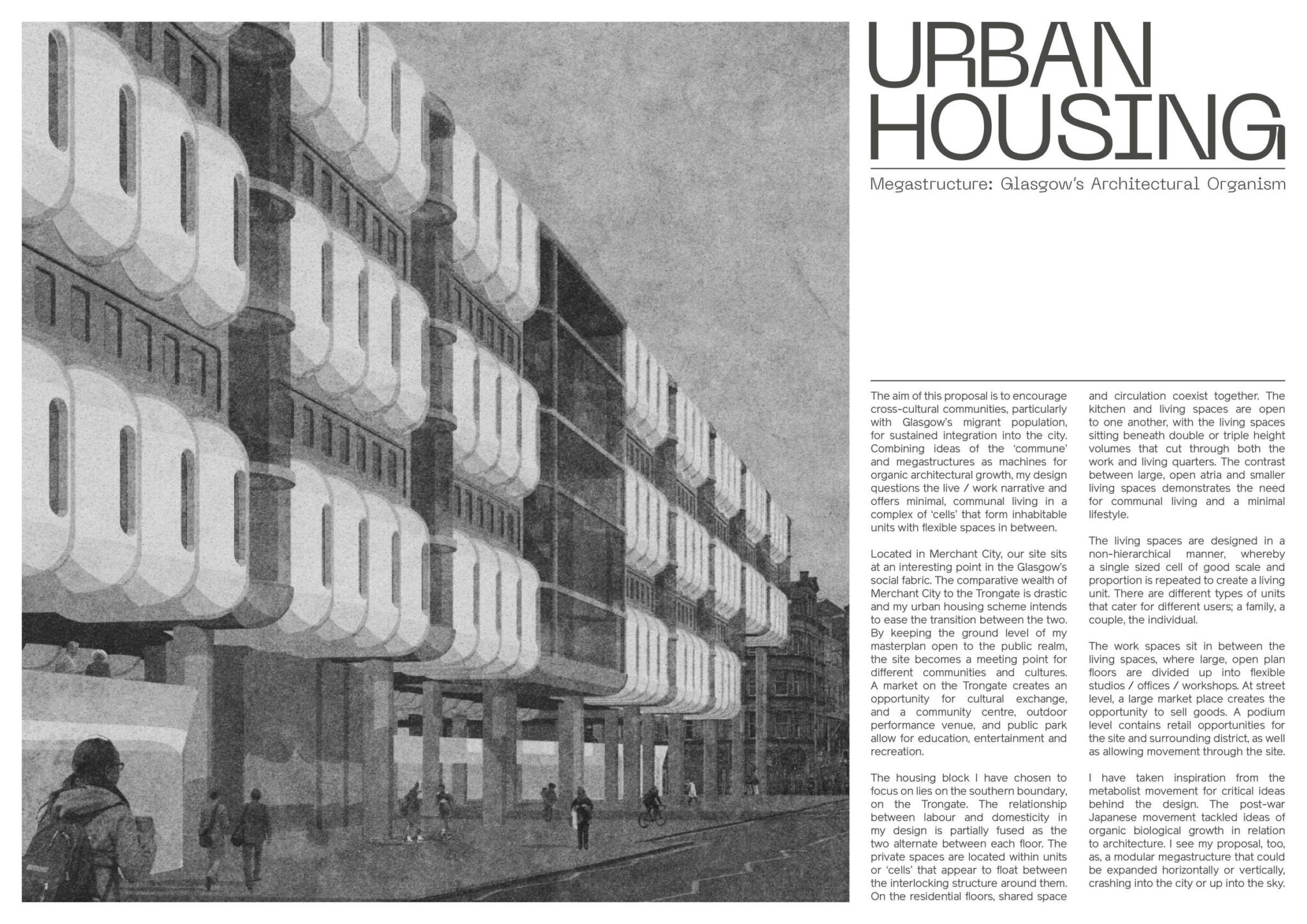 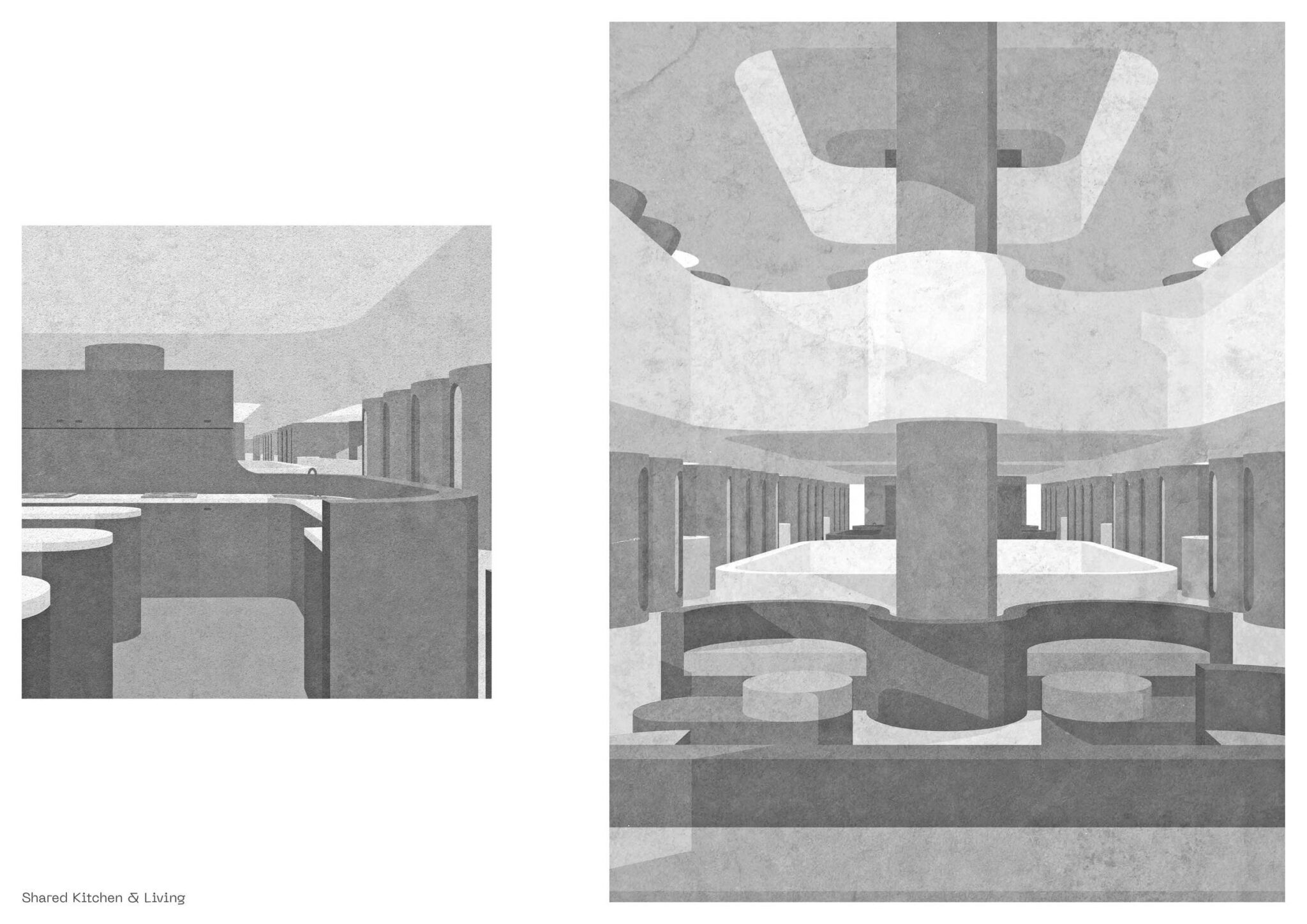 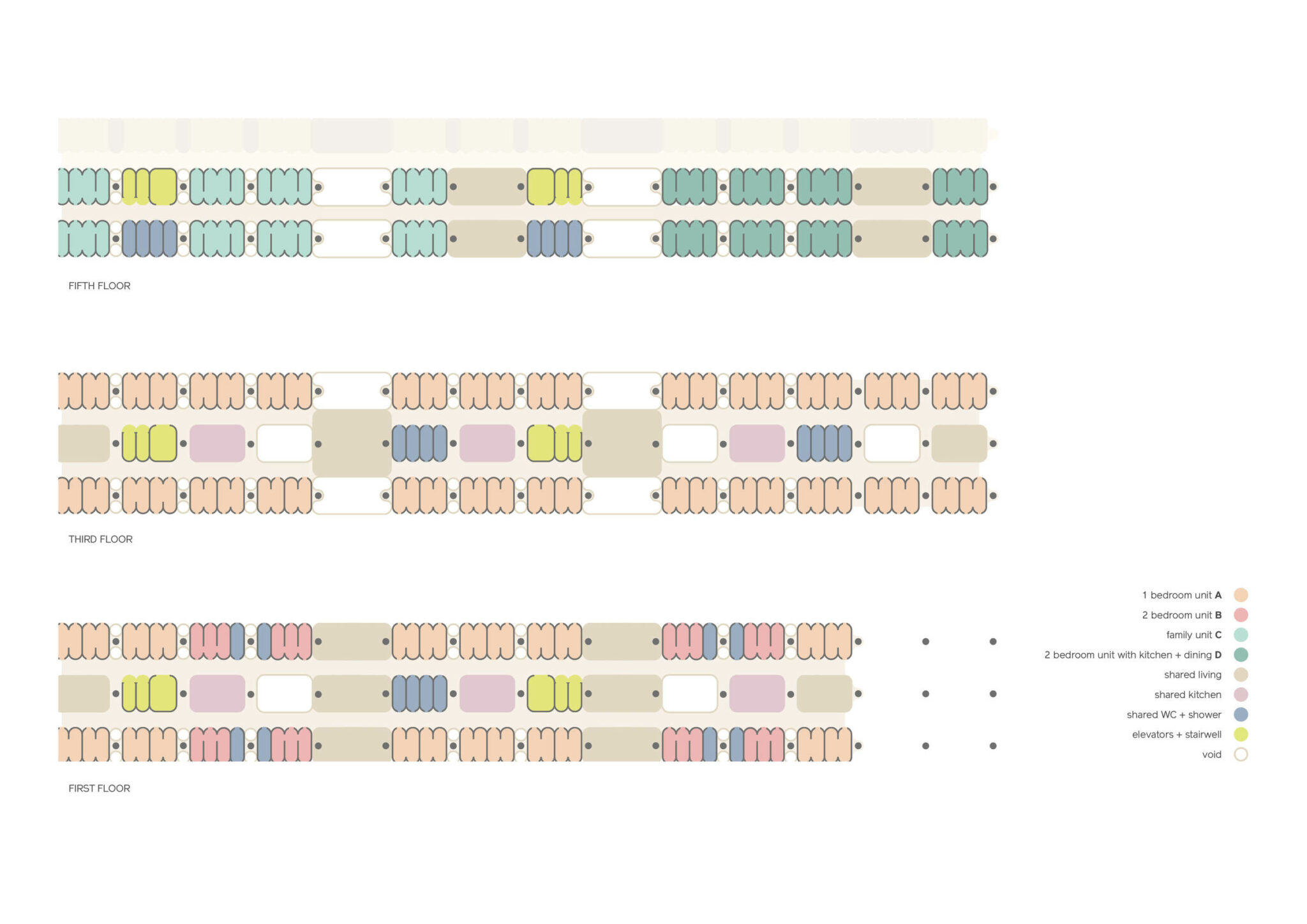 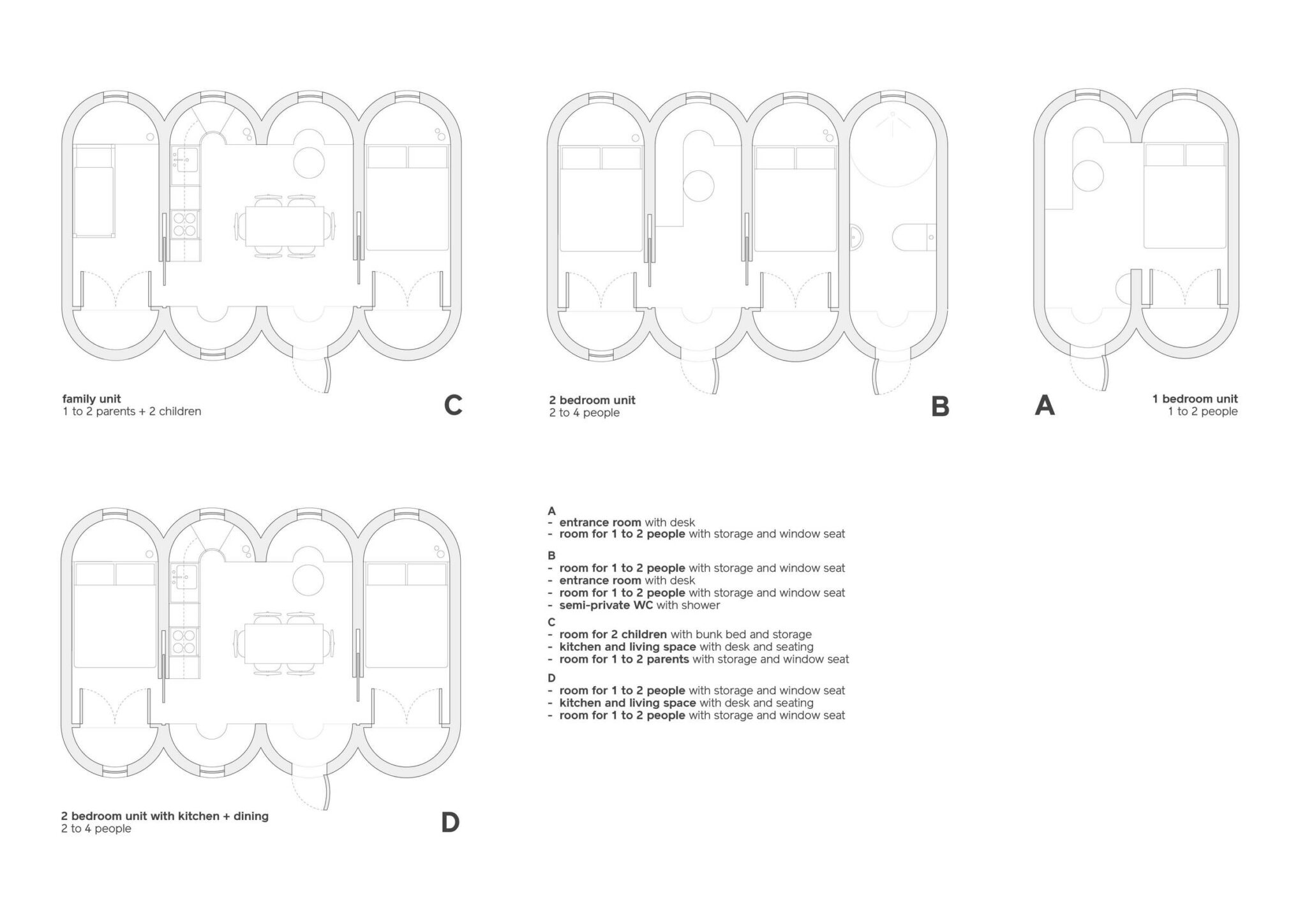 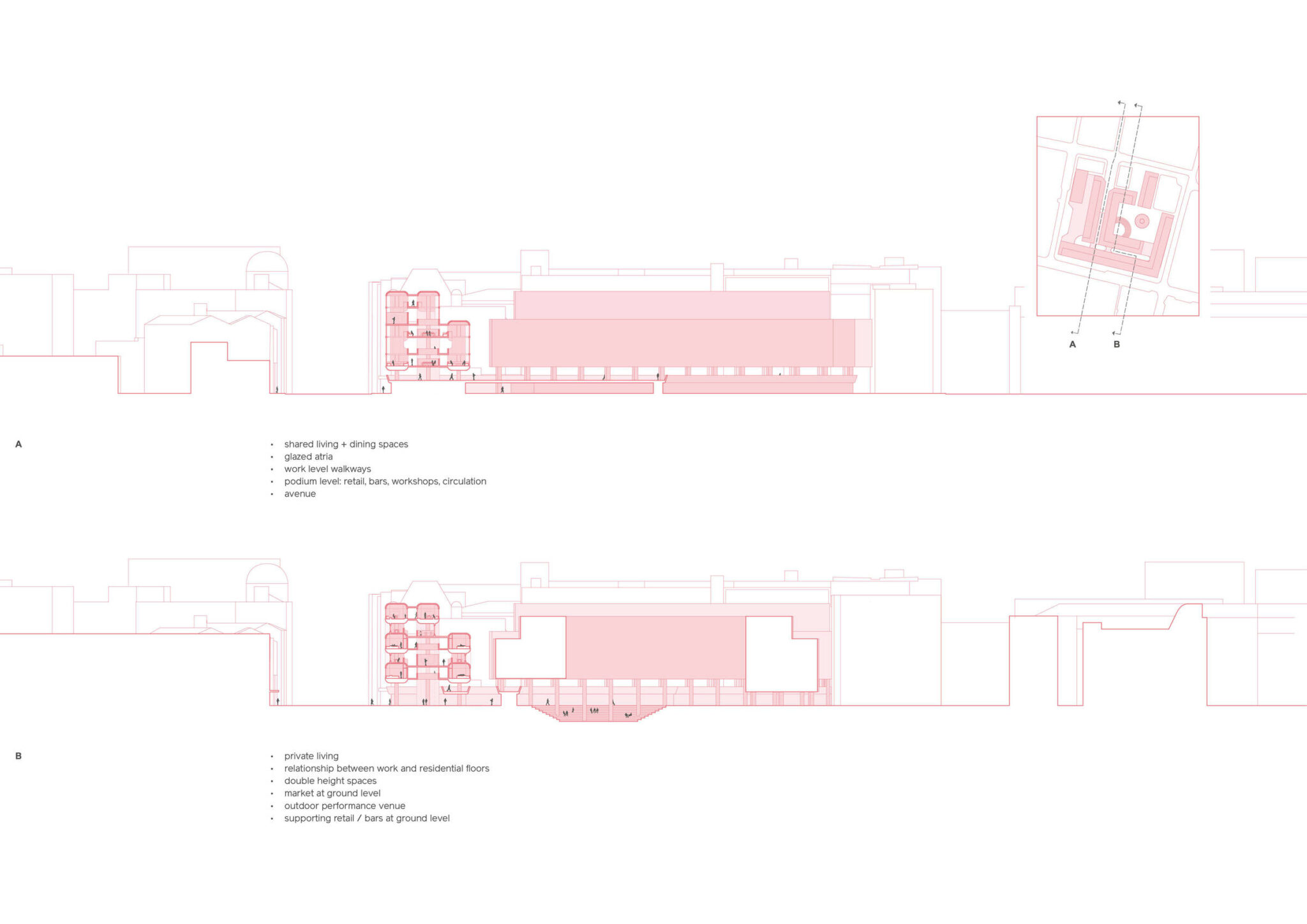 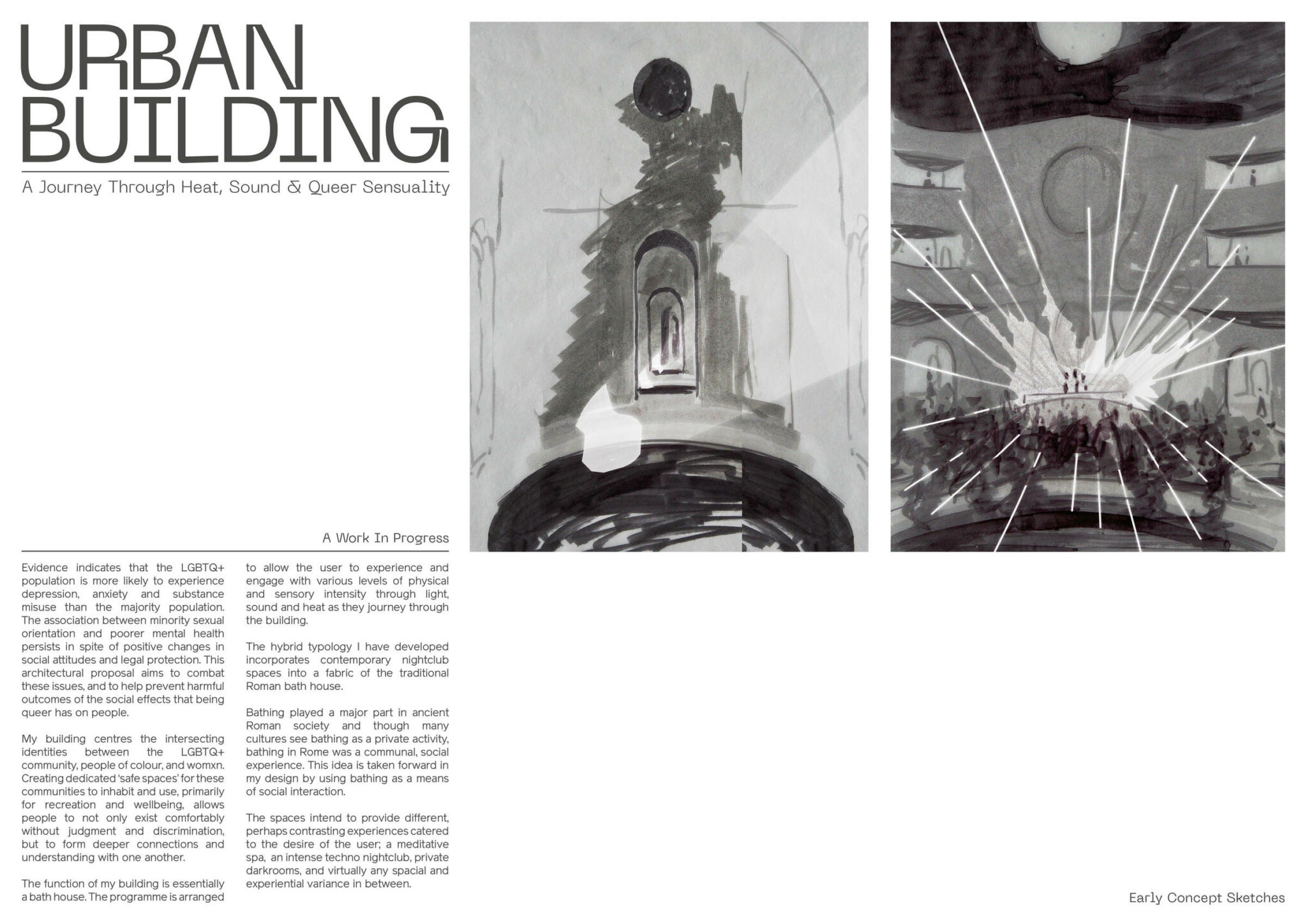 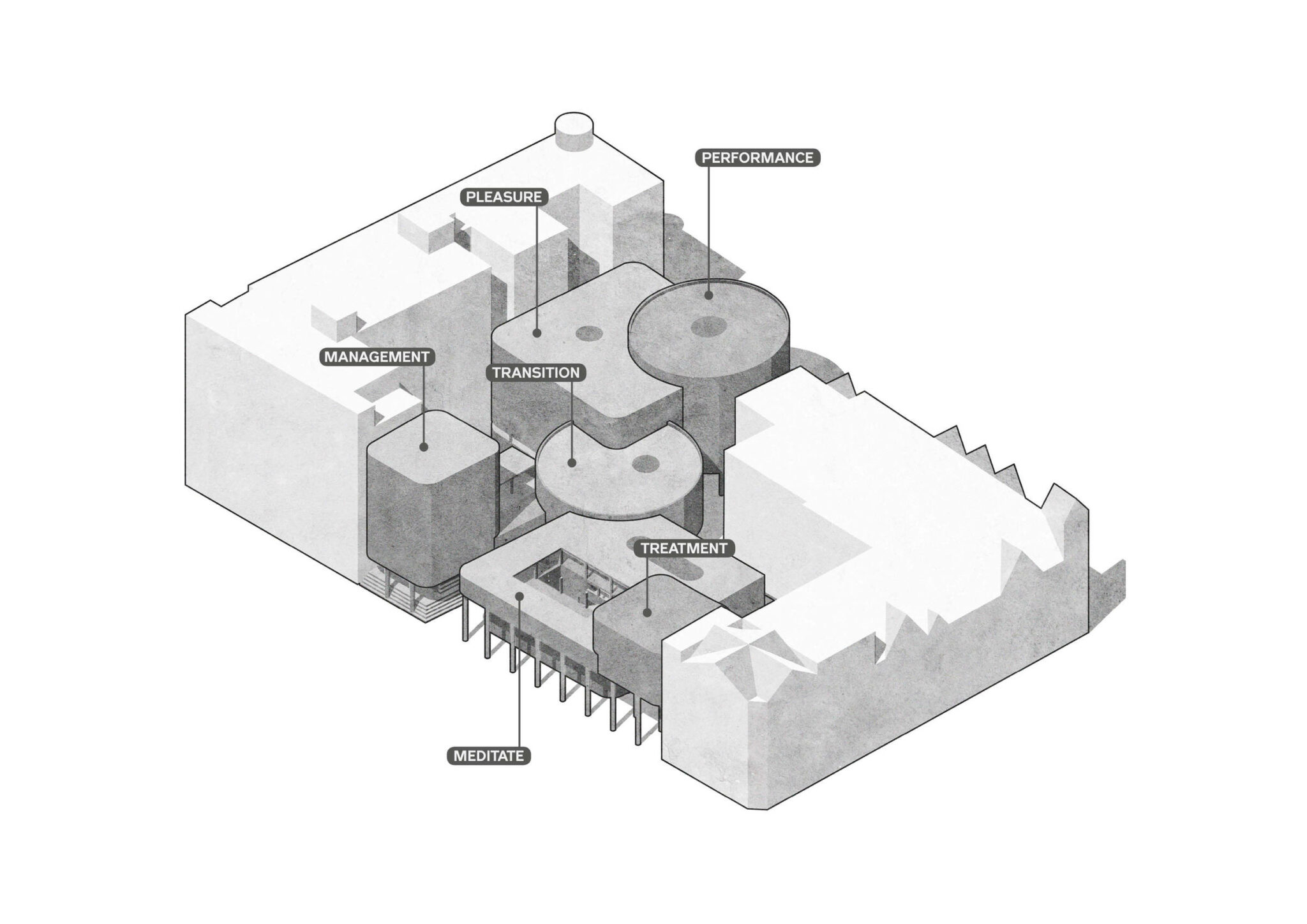 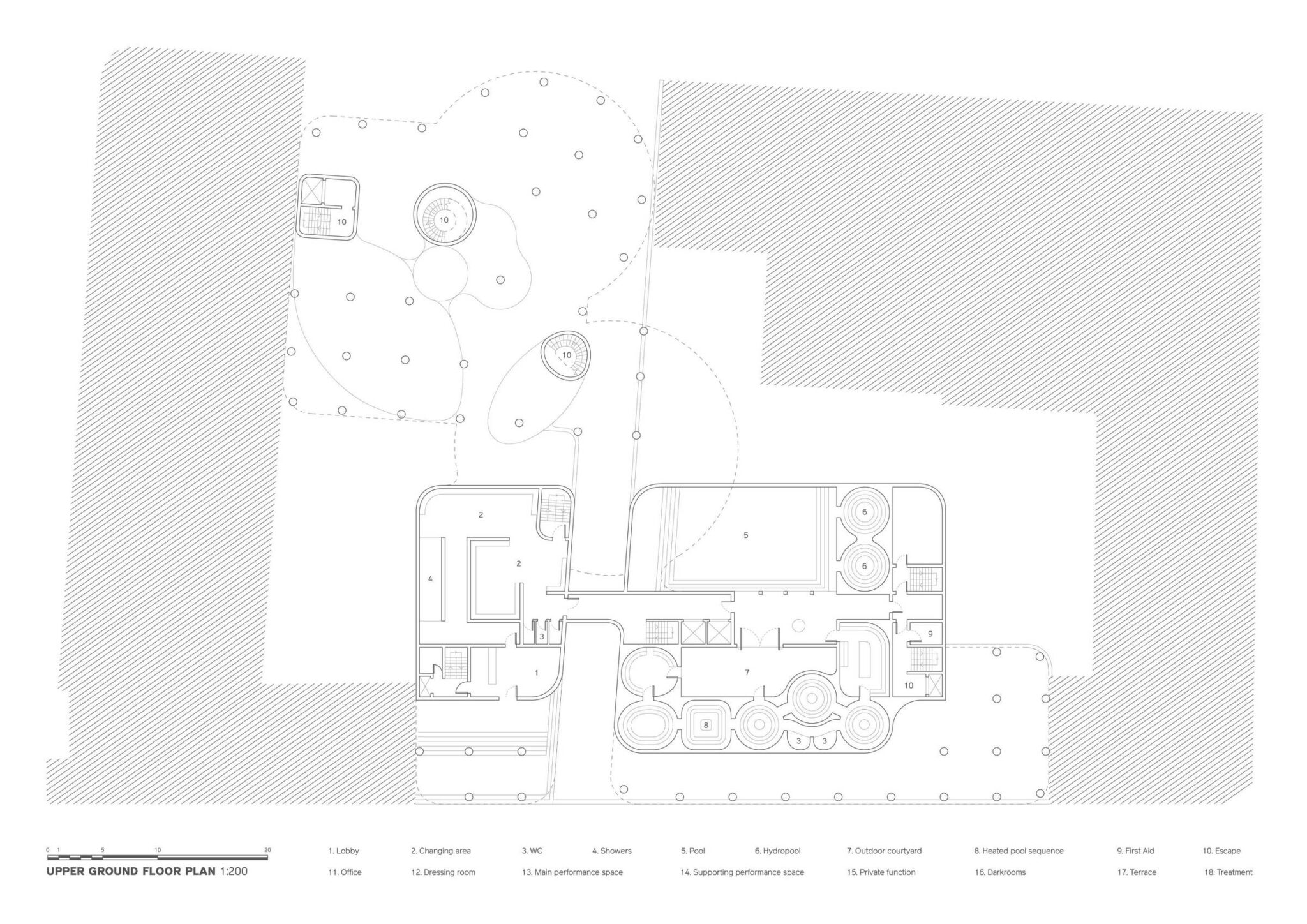 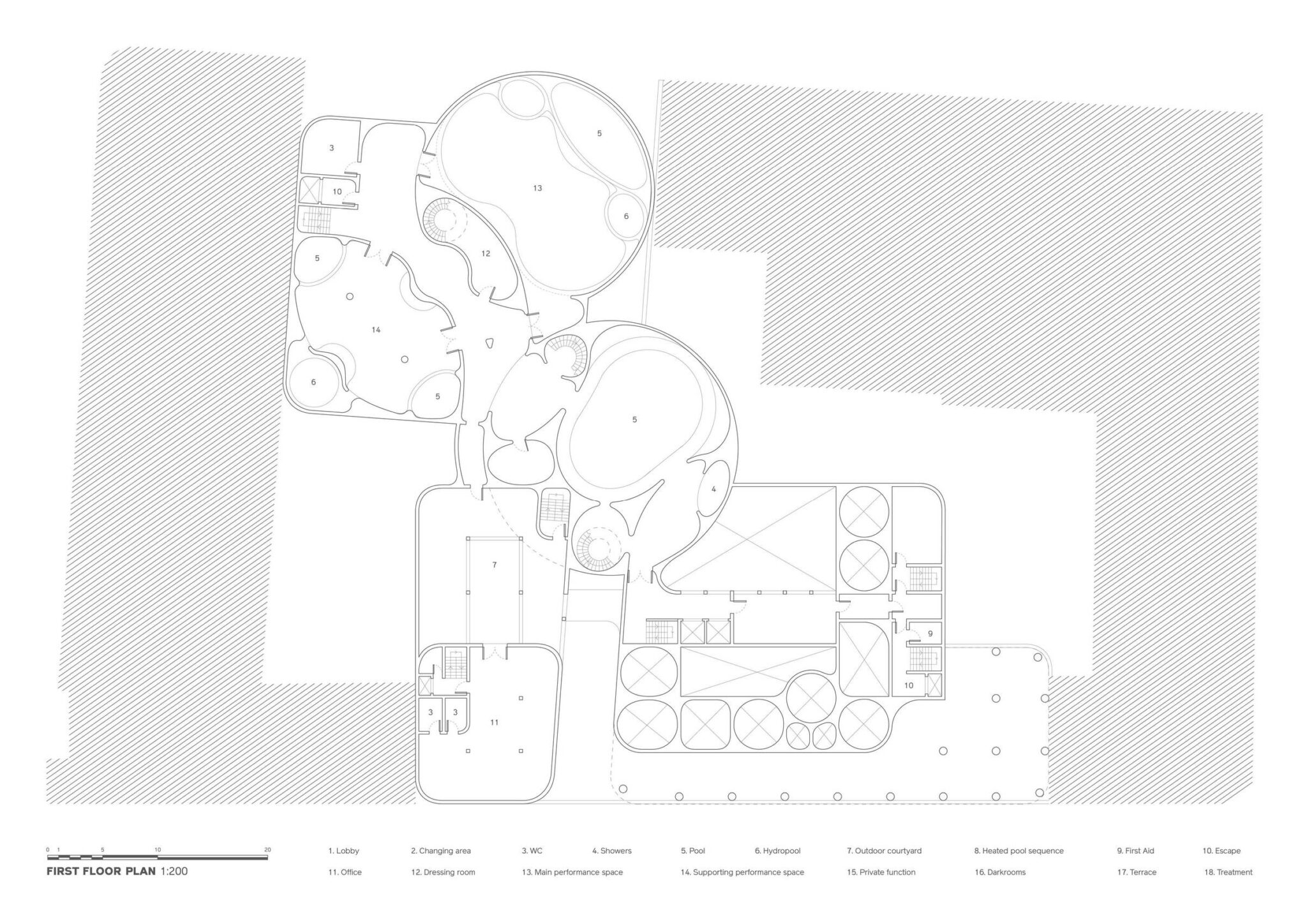 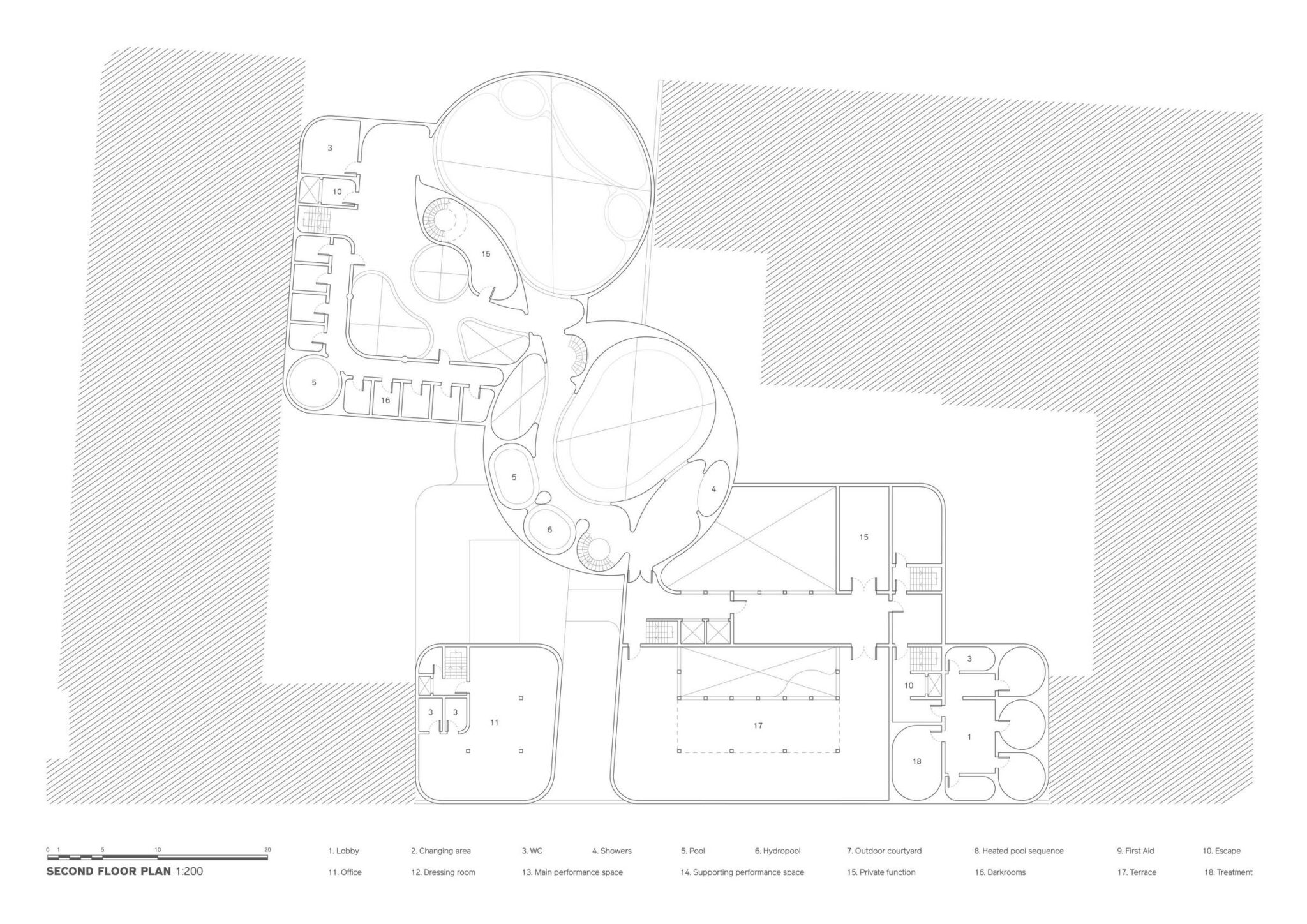