Since 2013, I have attempted merge the world of jewellery with the craft of aerogami. Having refined my folding skills in paper, I was ready to take the folds to metal. My work this year is made with the intention of deeper expression for the passion in my own designs of paper planes. With the algorithmic patterns of thought during the process of making and flying them to the flight paths they took through the air I intended to explore. Designs drafted incorporated the fusion of my paper plane designs with their real-life counterparts that inspired them. combining the two halves of the symmetrical airplane wings with the asymmetry of paper folds gives way to a line of abstract aircraft forms. With the initial scoring and folding of brass and copper proving too time consuming, aluminium proved itself a lightweight and malleable metal to work with. Tail fin portions of the models allowed for a multiplicity of aluminium piece to friction fit together.

As my ‘Aluminiwings’ developed and their versatility became realised, I aspired to lock them together permanently via riveting to allow for a small degree of movement and pave the way to make them functional brooches and necklaces. 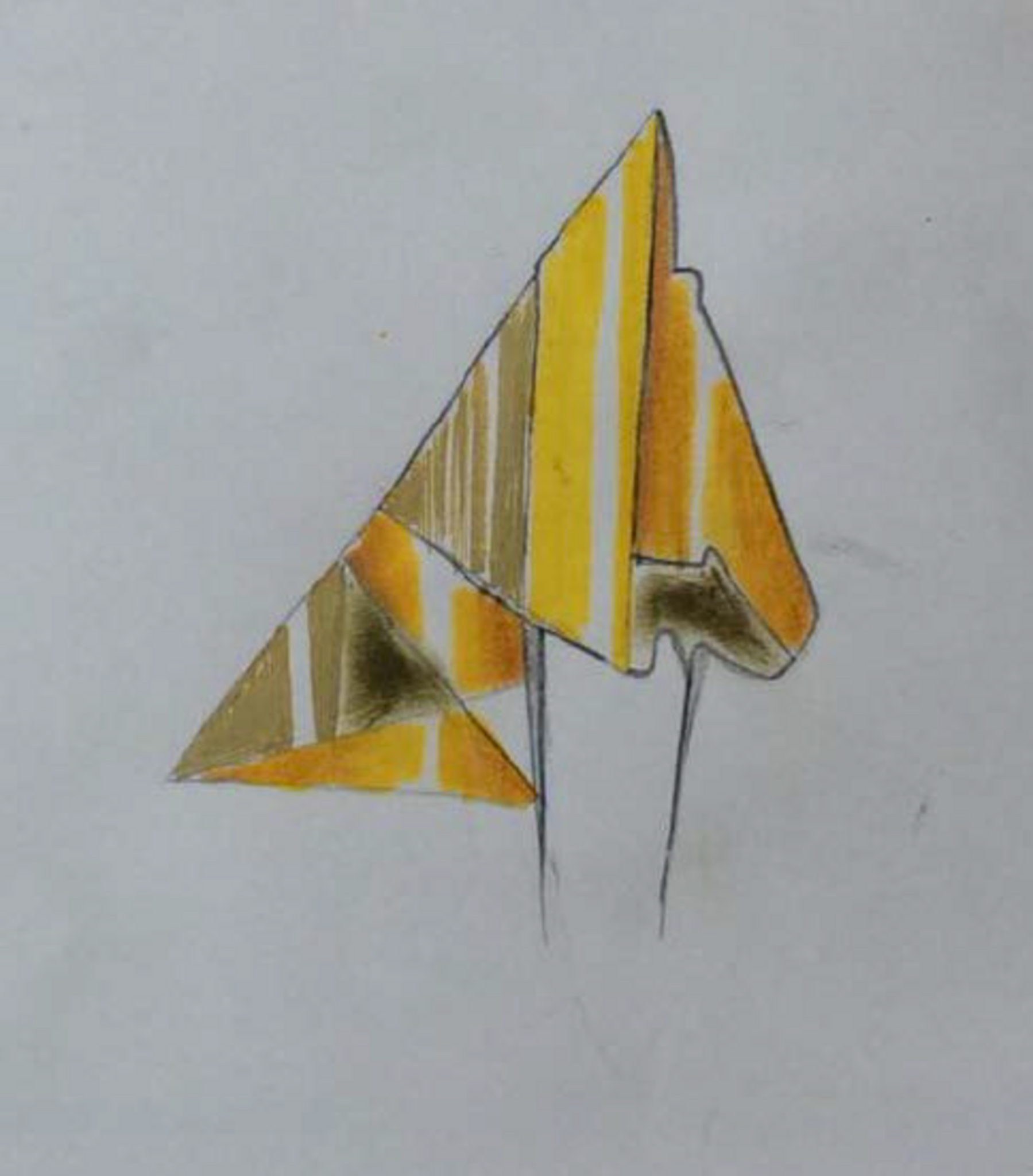 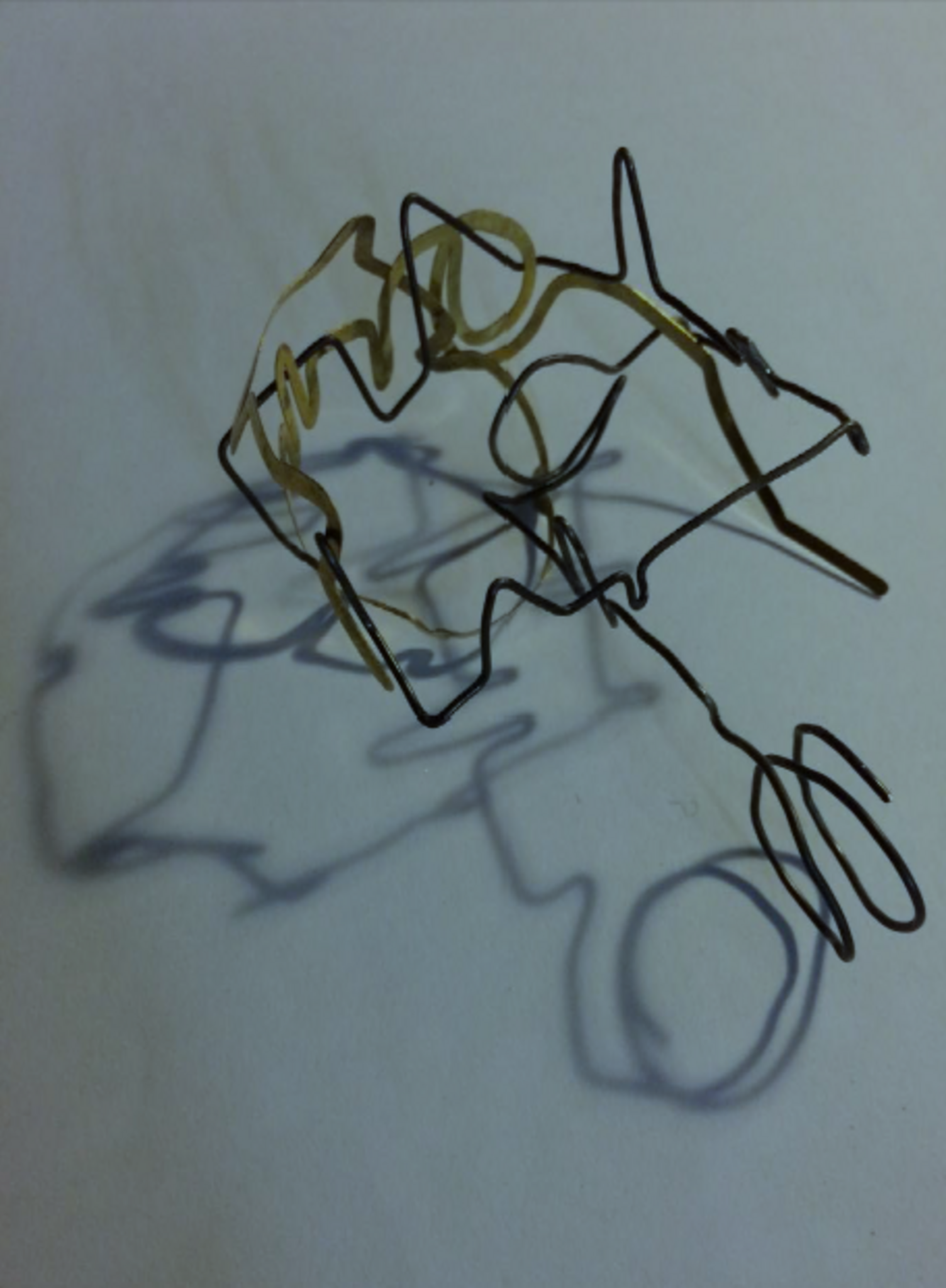 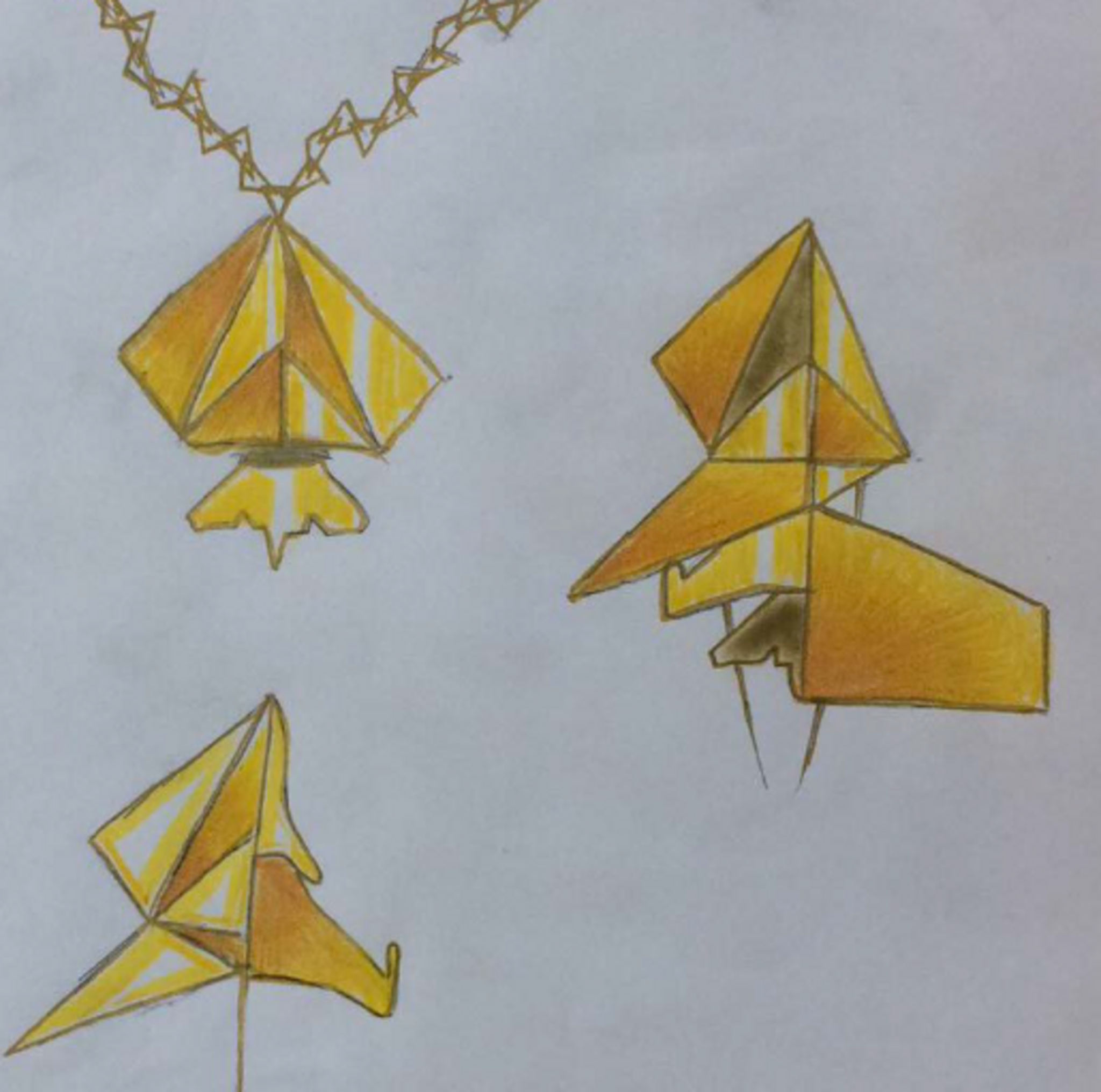 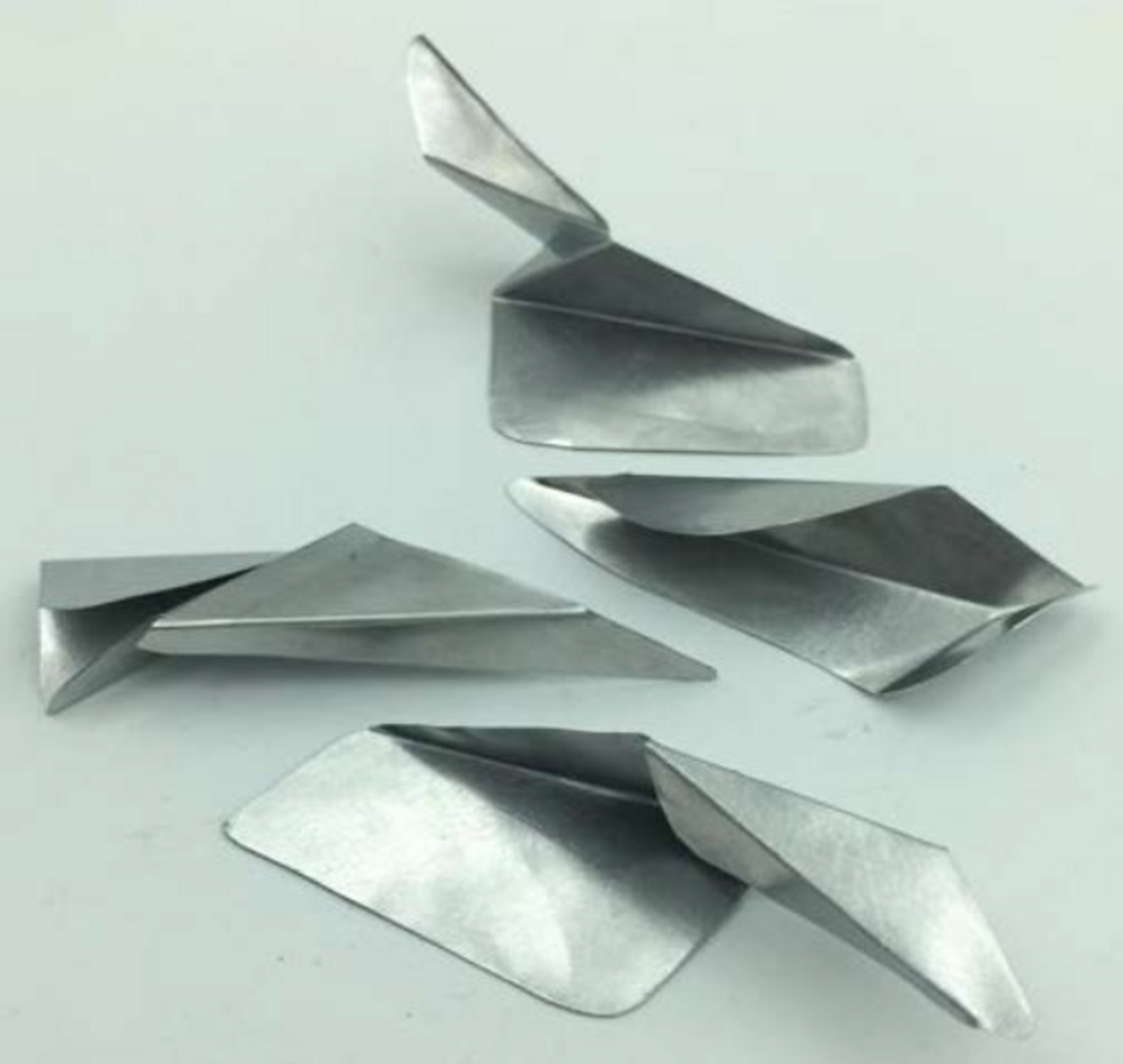 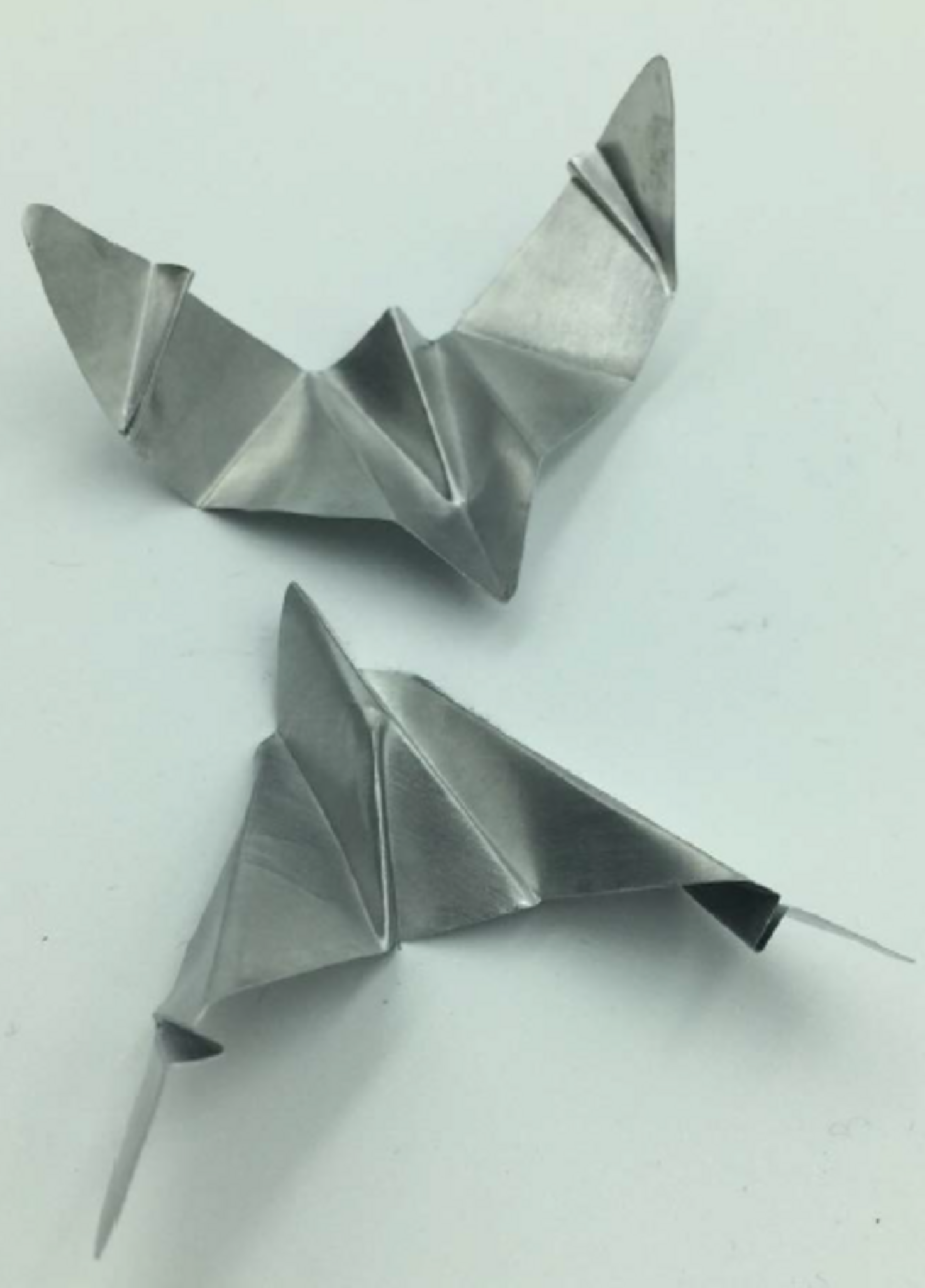 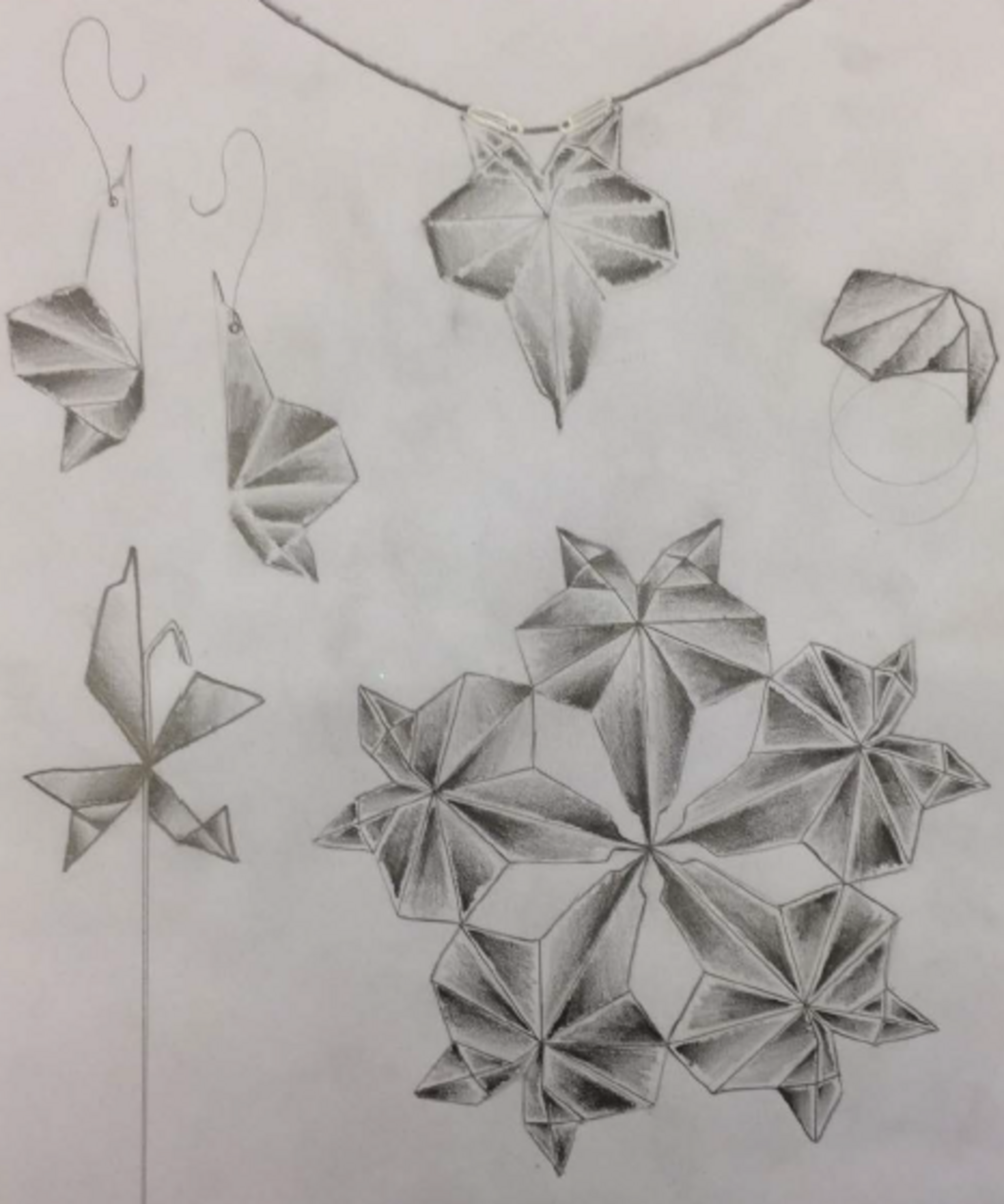 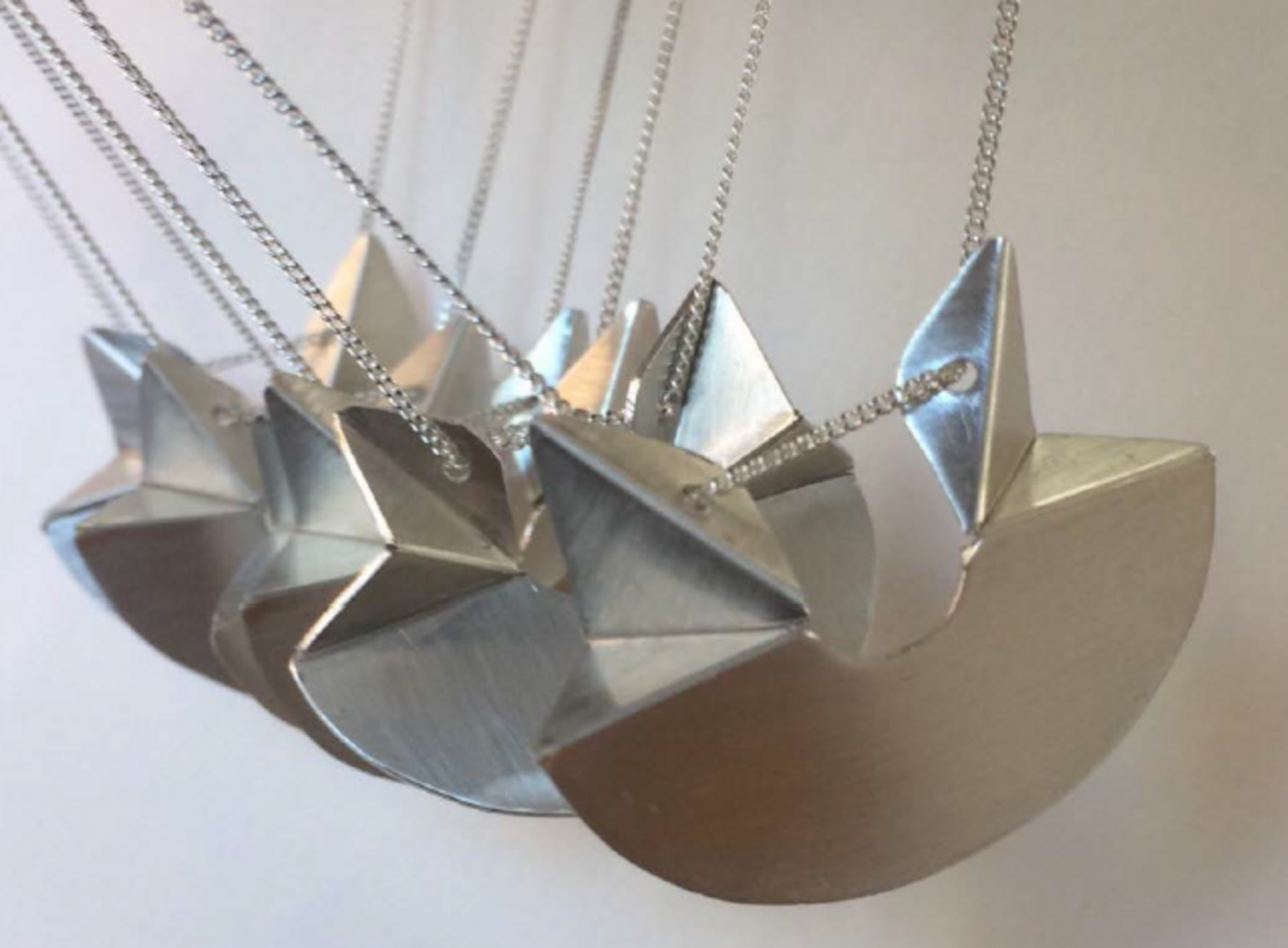 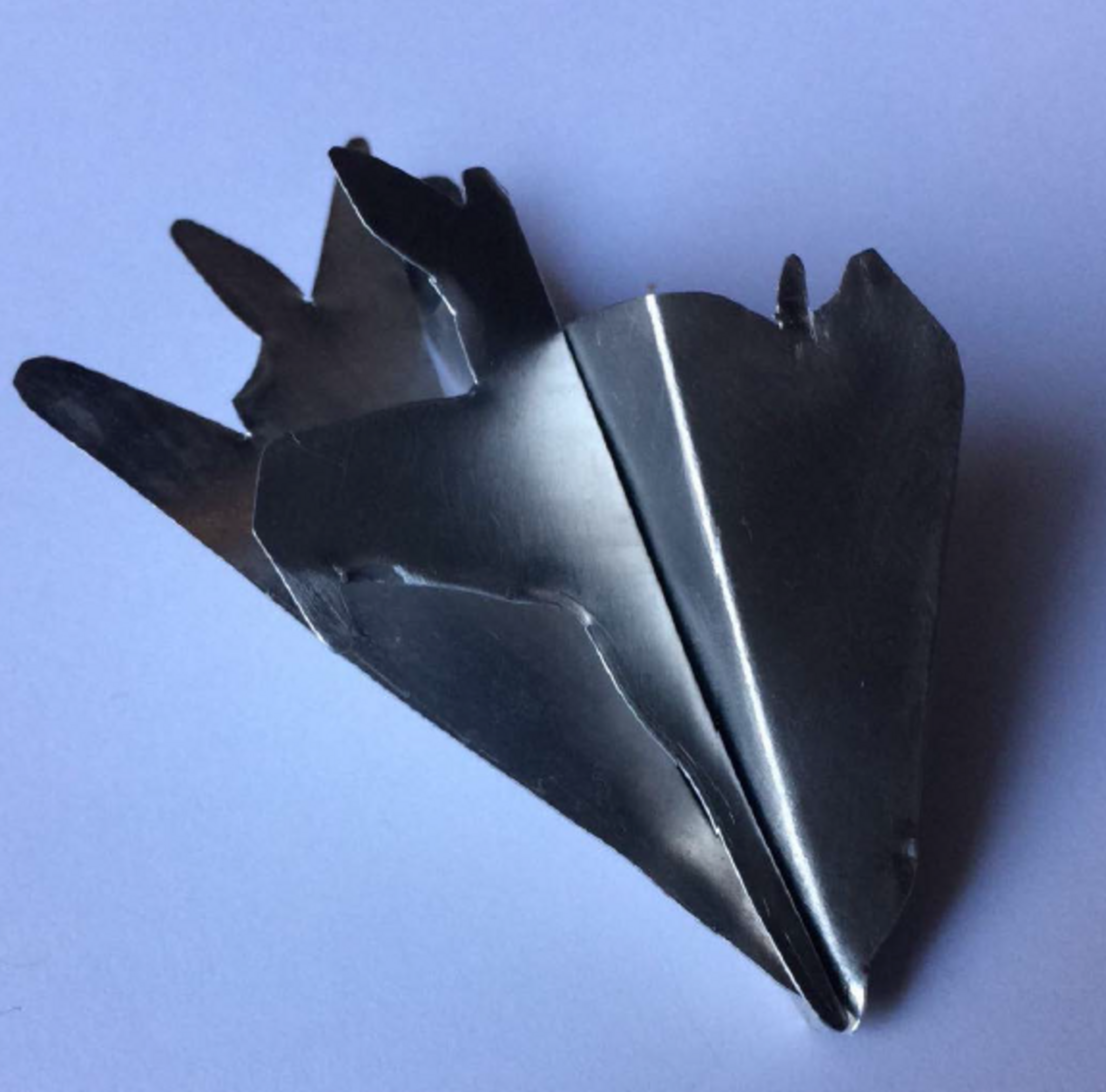 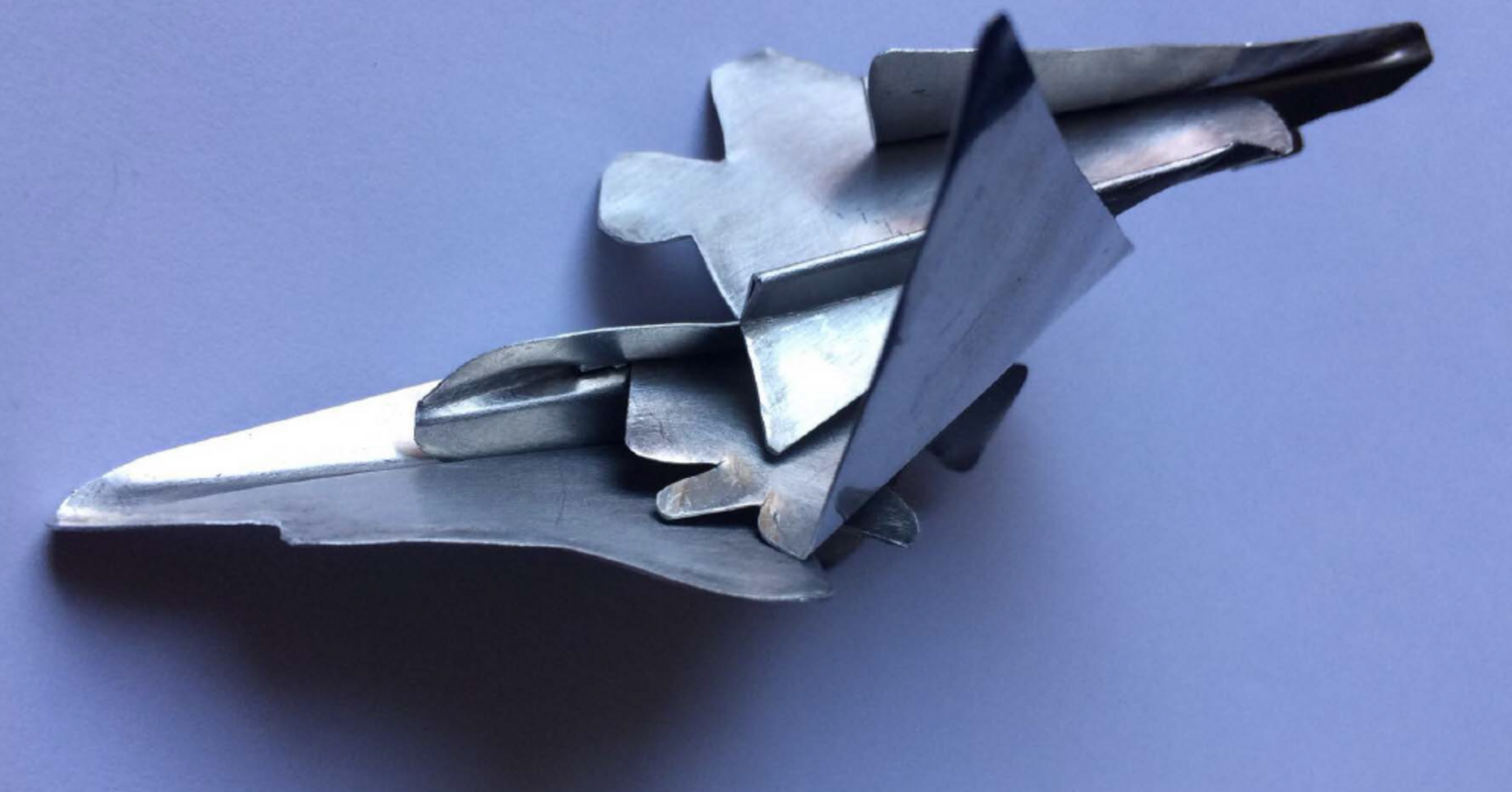