For this Urban Housing project, the relationship between domesticity and labour is represented as a social space within the city. By sharing a circulation, and therefore a threshold from the public to the private realm, the domestic shares a space with the labour.

Could the intertwined existence of domesticity and labour in the same built environment form a social connexion? The ritualised entrance through the social enterprise is organised with that purpose in mind. Heading up to the circulation, inherent boundaries are formed through more private social spaces.

As a series of thresholds is increasing the privacy of both the domesticity and labour, every space is intended as another filter from the public realm. The boundary is here intended to by physical and not visual, as the spaces gravitated towards the greater social element that is the courtyard.

Indeed, every layer of private space is polarised by a more social space, such as the shared kitchen is facing the circulation, as well as the shared living space is in direct relationship with the kitchen. And, in an opposite manner, the most private bedroom faces the other way. 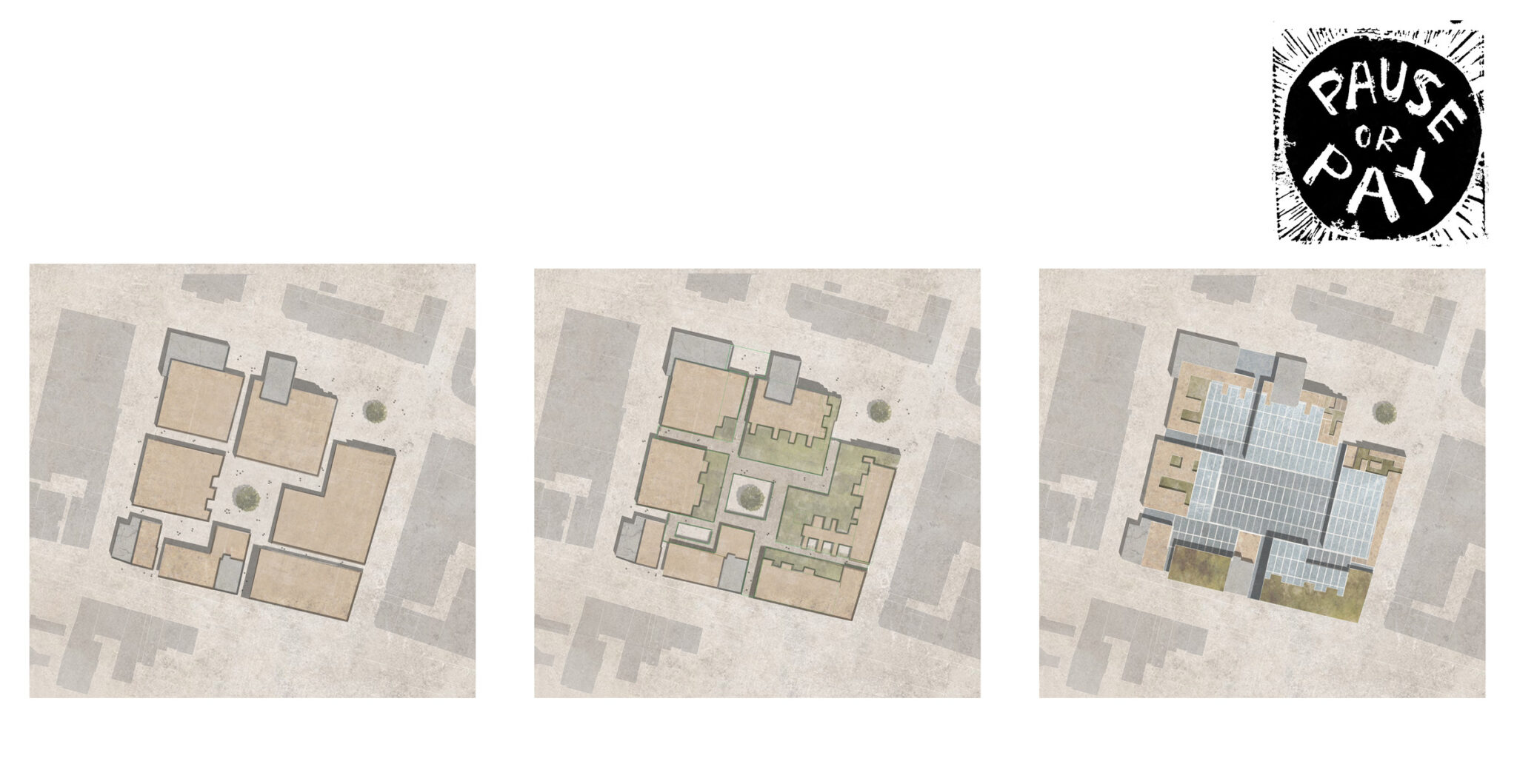 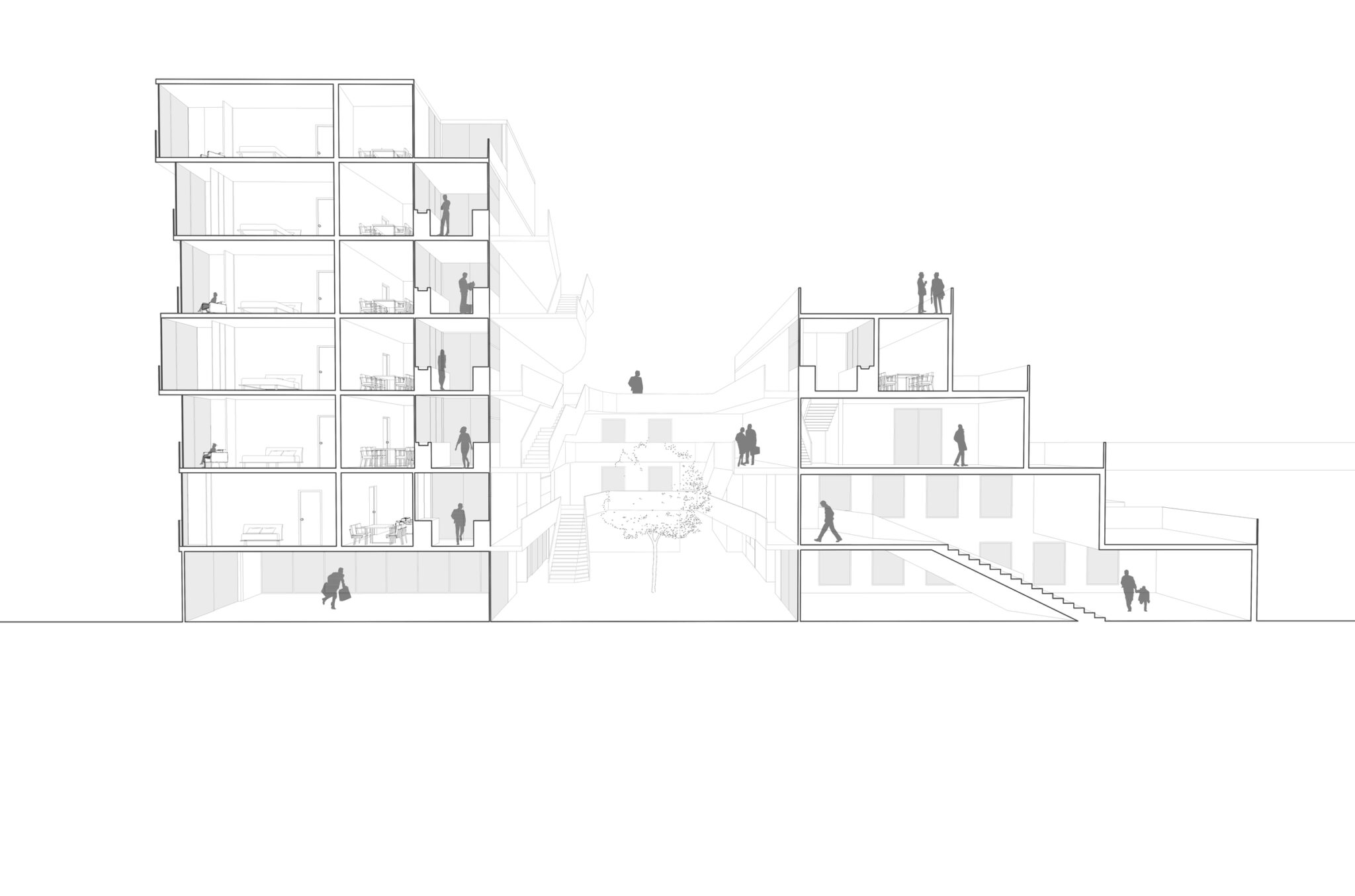 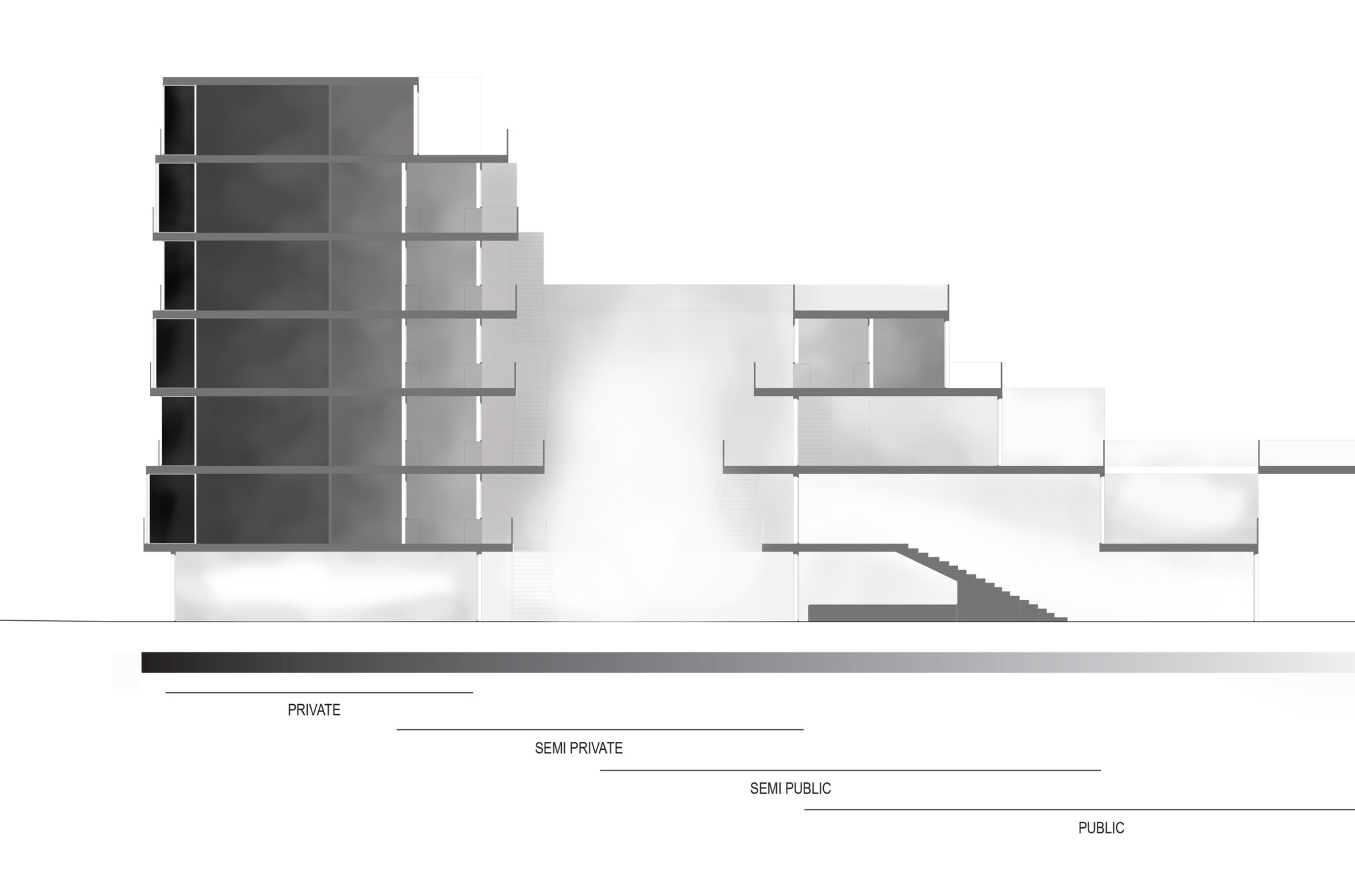 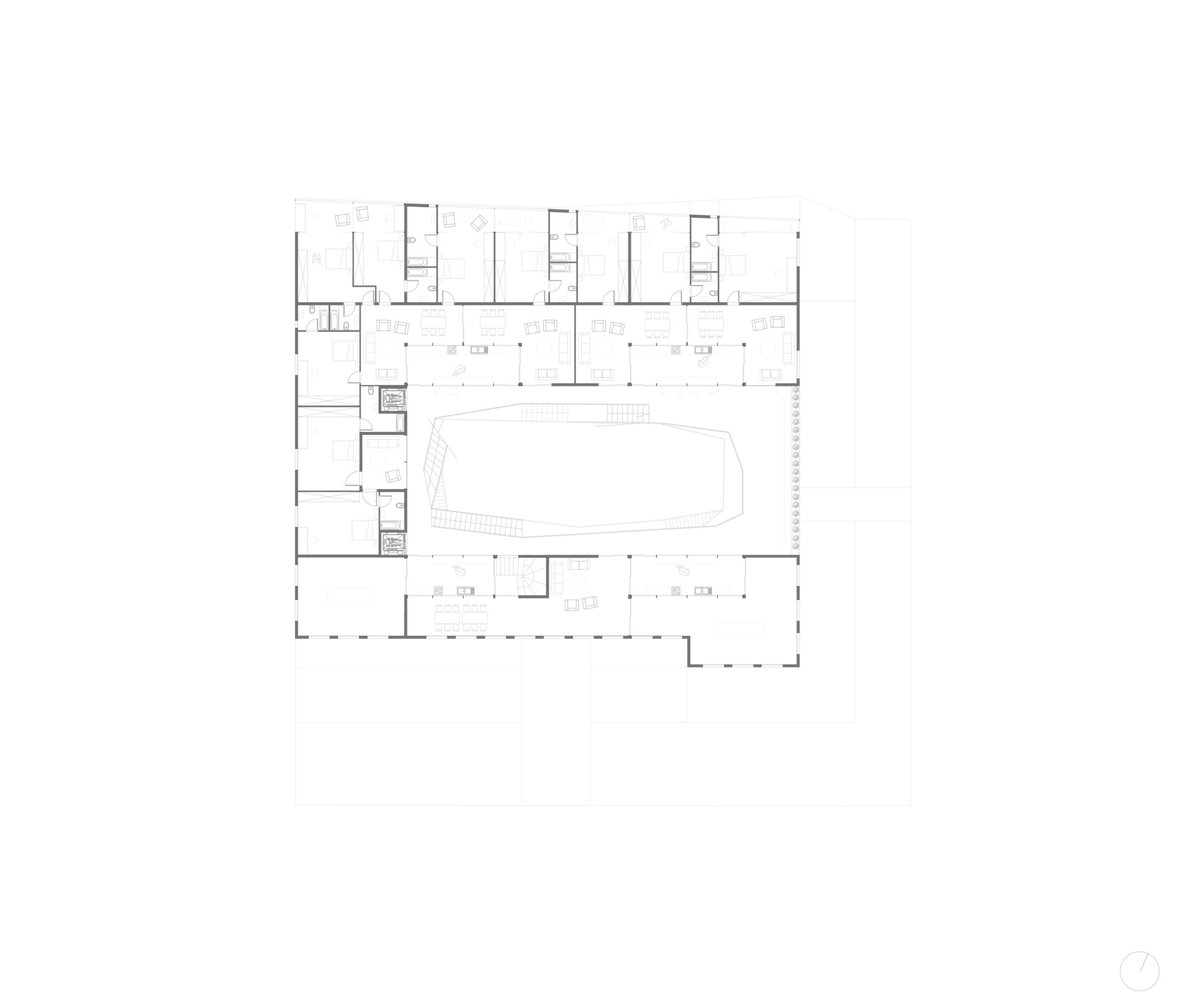 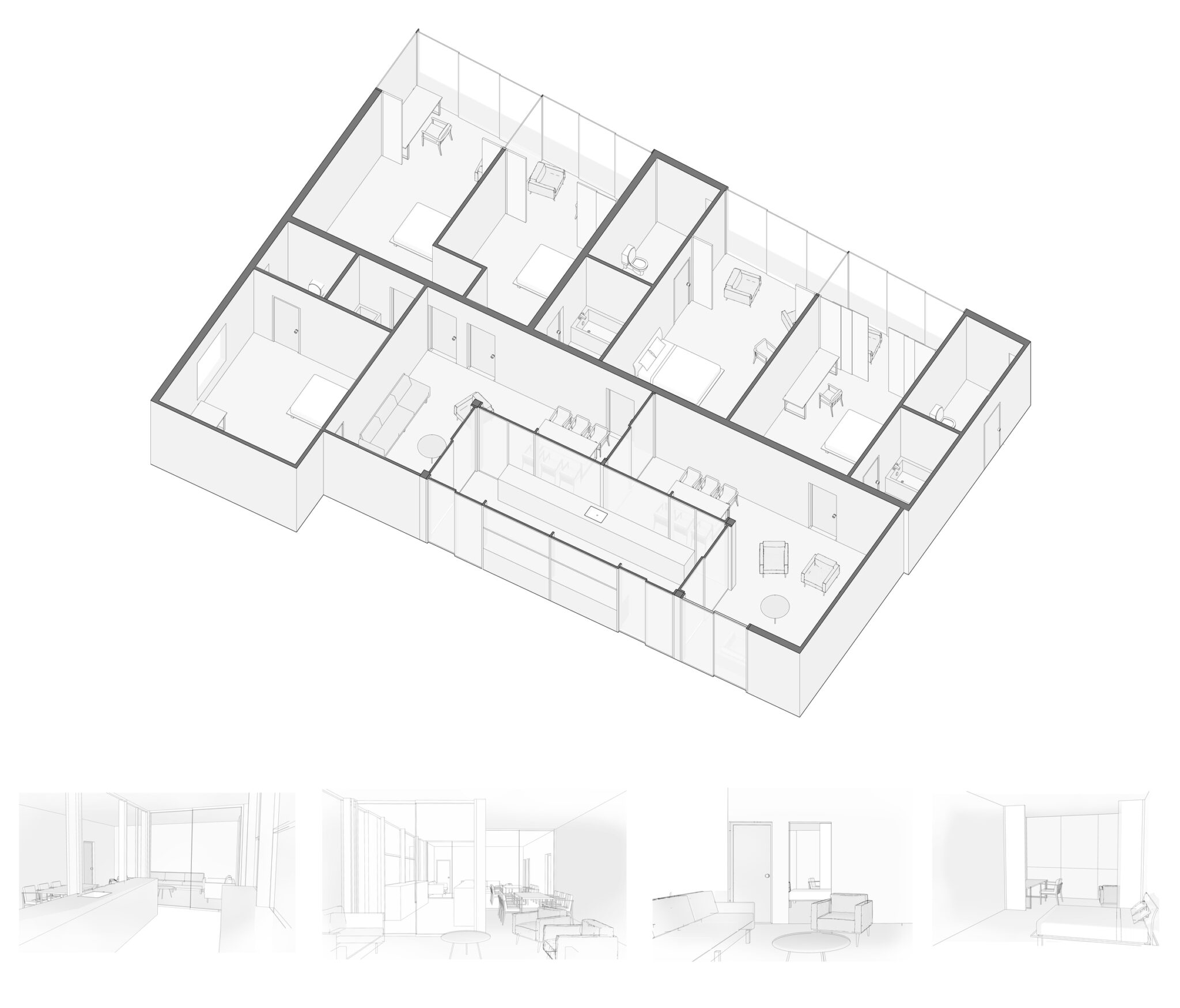