A 10 page summary detailing the development, and the final overview, of the FORESIGHT system.

I have recently completed my MEng undergraduate degree in Product Design Engineering at the University of Glasgow and the Glasgow School of Art. Within my coursework, I have been able to address, and design solutions for, a range of problems in several industries.

With my final year project, I addressed the effect that a drop in incidents attended by firefighters has had on their operational experience through designing an augmented reality system which displays real-time situational and environmental data.

In my fourth year, using geographical information captured by NASA from the surface of Mars, I designed and manufactured a small batch of jesmonite coasters which were sold at a retail level through the GSA shop. In the same year, within a group of students, I also helped to design a range of smart telecare products which granted the elderly and vulnerable more autonomy and independence within their own home.

During my third year, within a group of my peers, I looked at the potentials of ultrasonic technology from which we developed a product for students that stimulated the brain to induce a relaxing, de-stressing effect. On my own, I continued developing the product by designing it for manufacture. Some of my work from this project was shown in the “Ultrasonic Glasgow” exhibition in the Glasgow School of Art in late 2019.

Alongside my studies I have also completed two internships; as a graphic design intern at CCL Design, and as a product design engineering intern at Cohesion Medical. I continued working for Cohesion Medical throughout my fifth year where I have mostly worked on UI/UX projects. 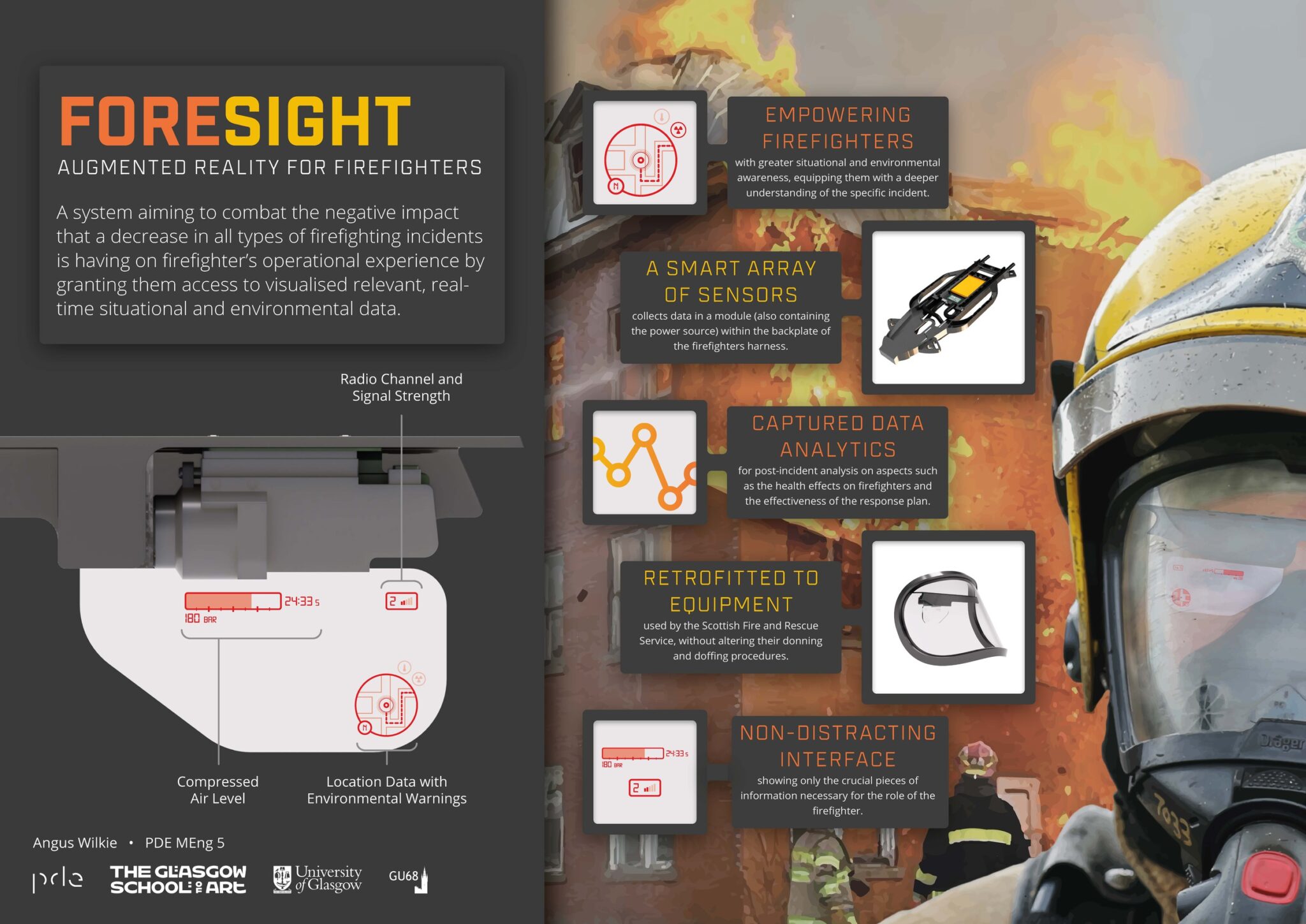 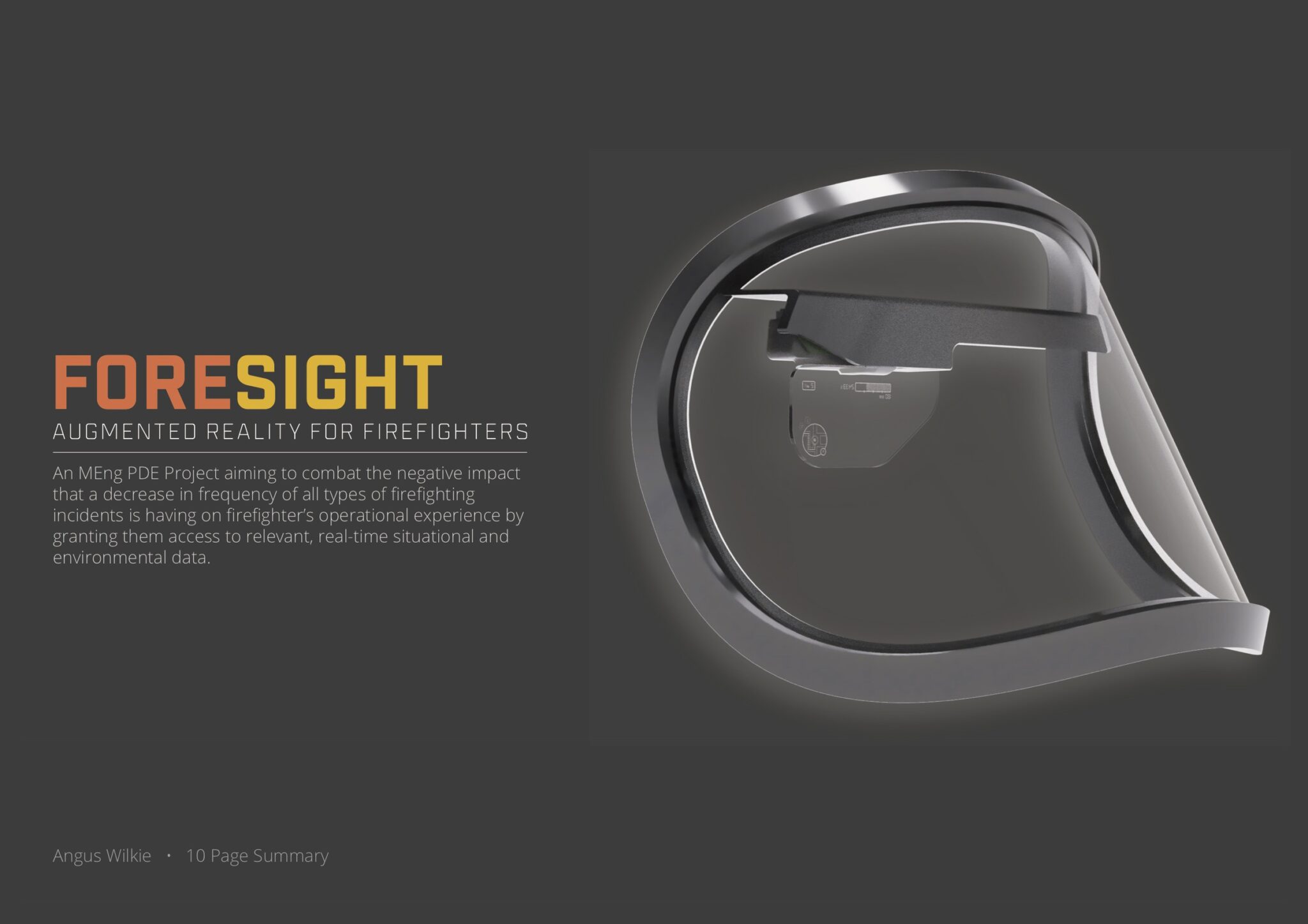 A 10 page summary detailing the development, and the final overview, of the FORESIGHT system.