Area required to feed a city

A City must be resilient in order to absorb, recover and prepare for future economic, environmental and other shocks. For a city to be resilient and sustainable, it must strive for self sufficiency in its food demands, feeding into the local and circular economy and placing food ownership in the hands of the consumers. This thesis seeks to address how food production can be integrated into a city’s existing urban fabric, using Antwerp as an example.

We view cities and agriculture as separate things. Food has always shaped our cities. In river cities like Antwerp it came in from the river, was grown in and around the city and walked into the city as livestock. Cities were once busting with activity as a result of the buying and selling of produce as well as managing the waste. While cities still rely on the land for sustenance, this relationship is no longer explicit and the effects of industrial agriculture on the planet are devastating and in many ways unethical. Access to healthy, sustainable and affordable food is made difficult when the majority of food shops are owned by private corporations who put their pockets ahead of the population’s health. Only 5% of all food sold in Belgium comes from independent markets.

The production, processing and transportation of food is responsible for around a third of our greenhouse gas emissions, and then a third of all food goes to waste with less than 2% of valuable nutrients being looped by cities. This is all before we consider the effect it is having on our wildlife such as the current mass insect extinction which, if it continues at this rate, means the insects global agriculture relies on for pollination will be extinct.

For a city to be sustainable it must strive for self sufficiency in its food demands. 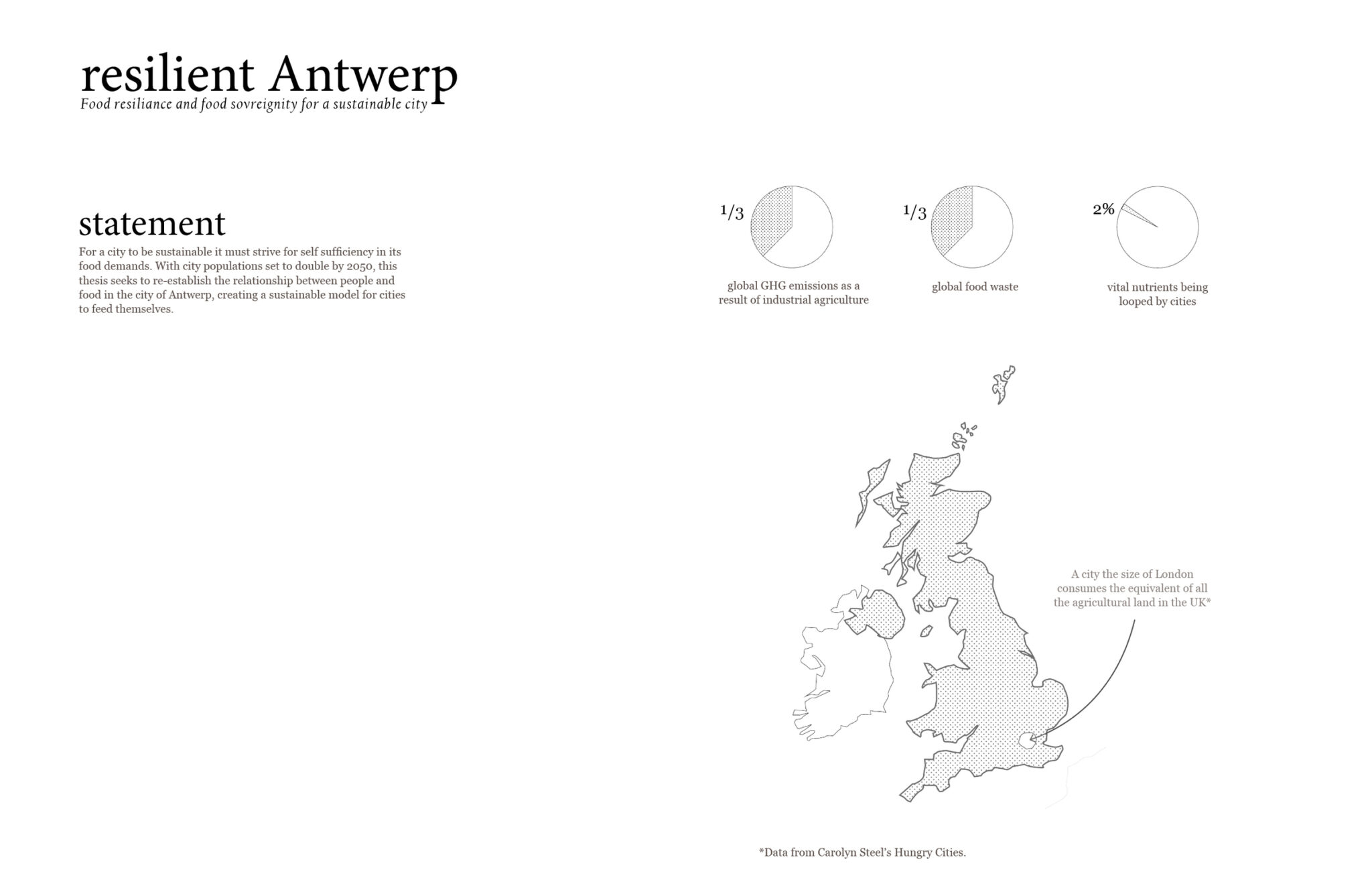 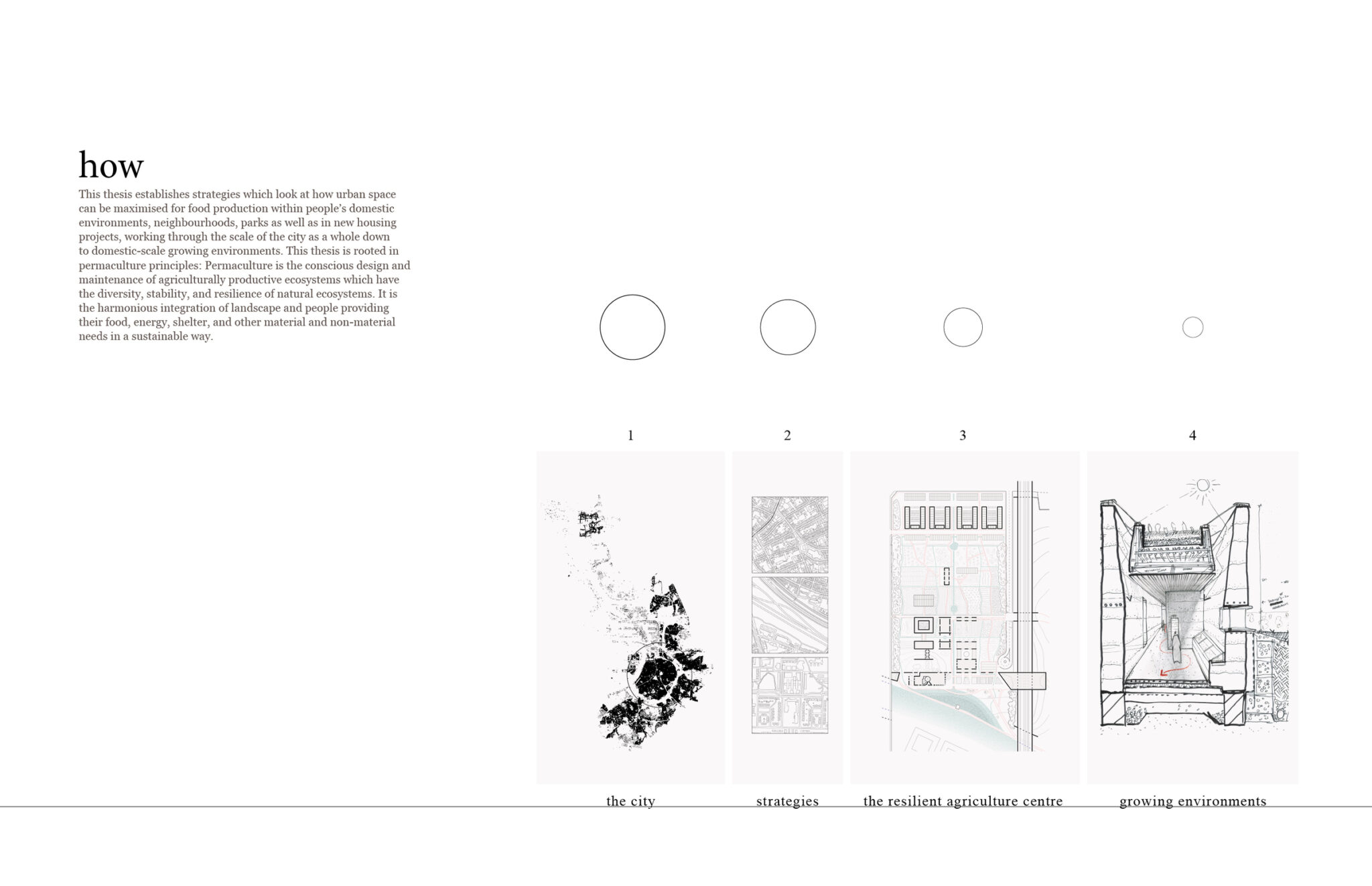 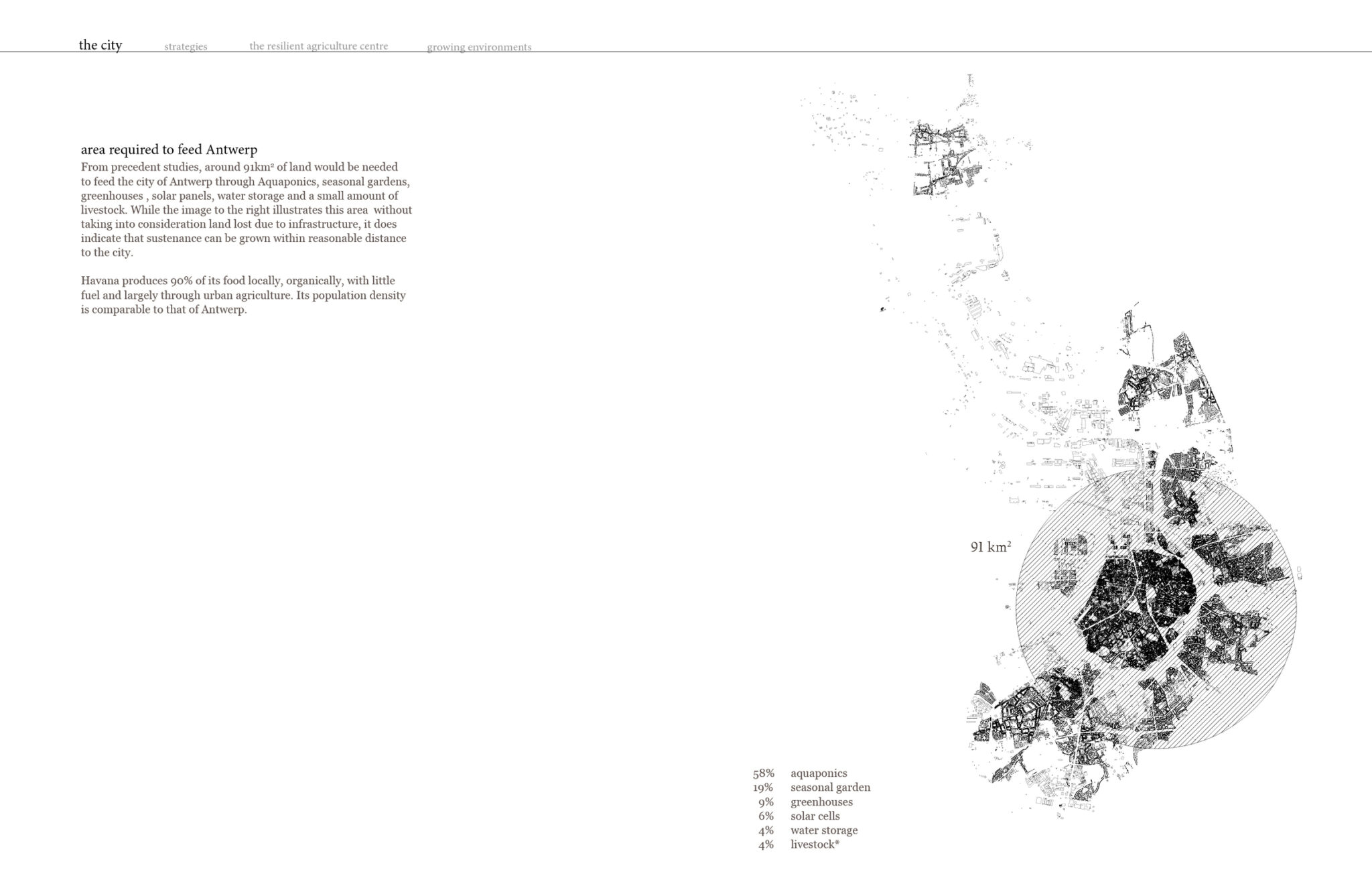 Area required to feed a city 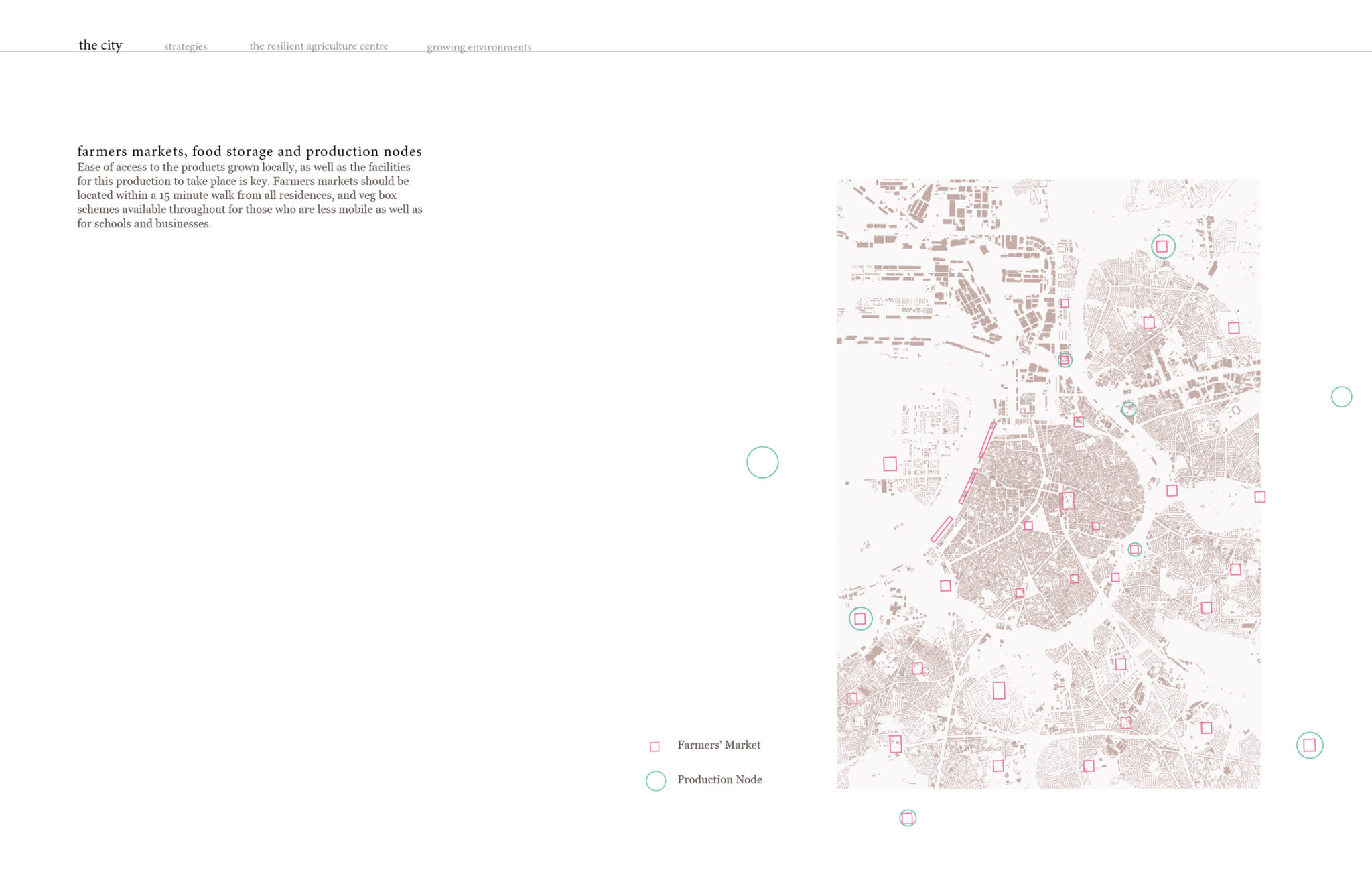 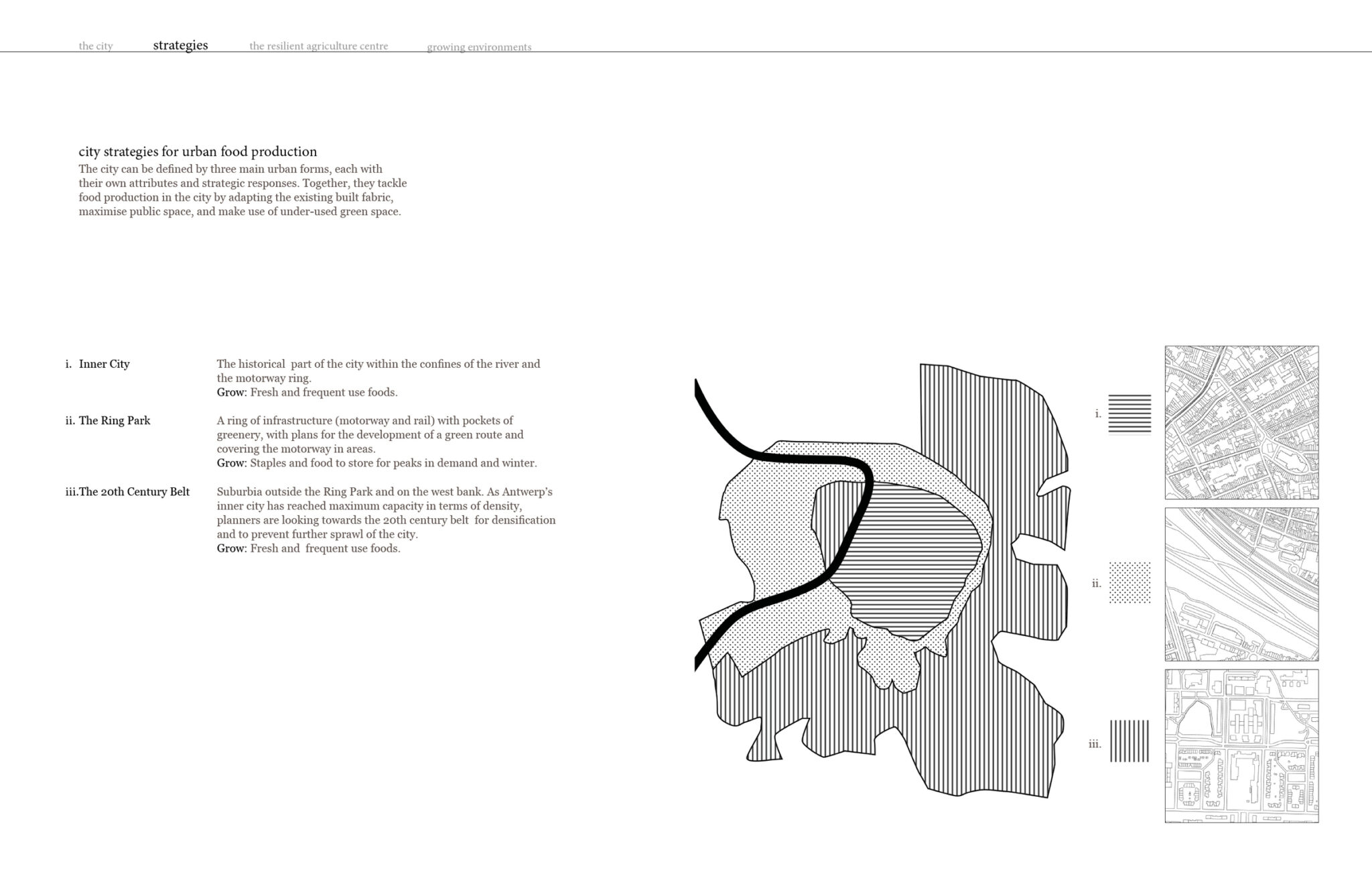 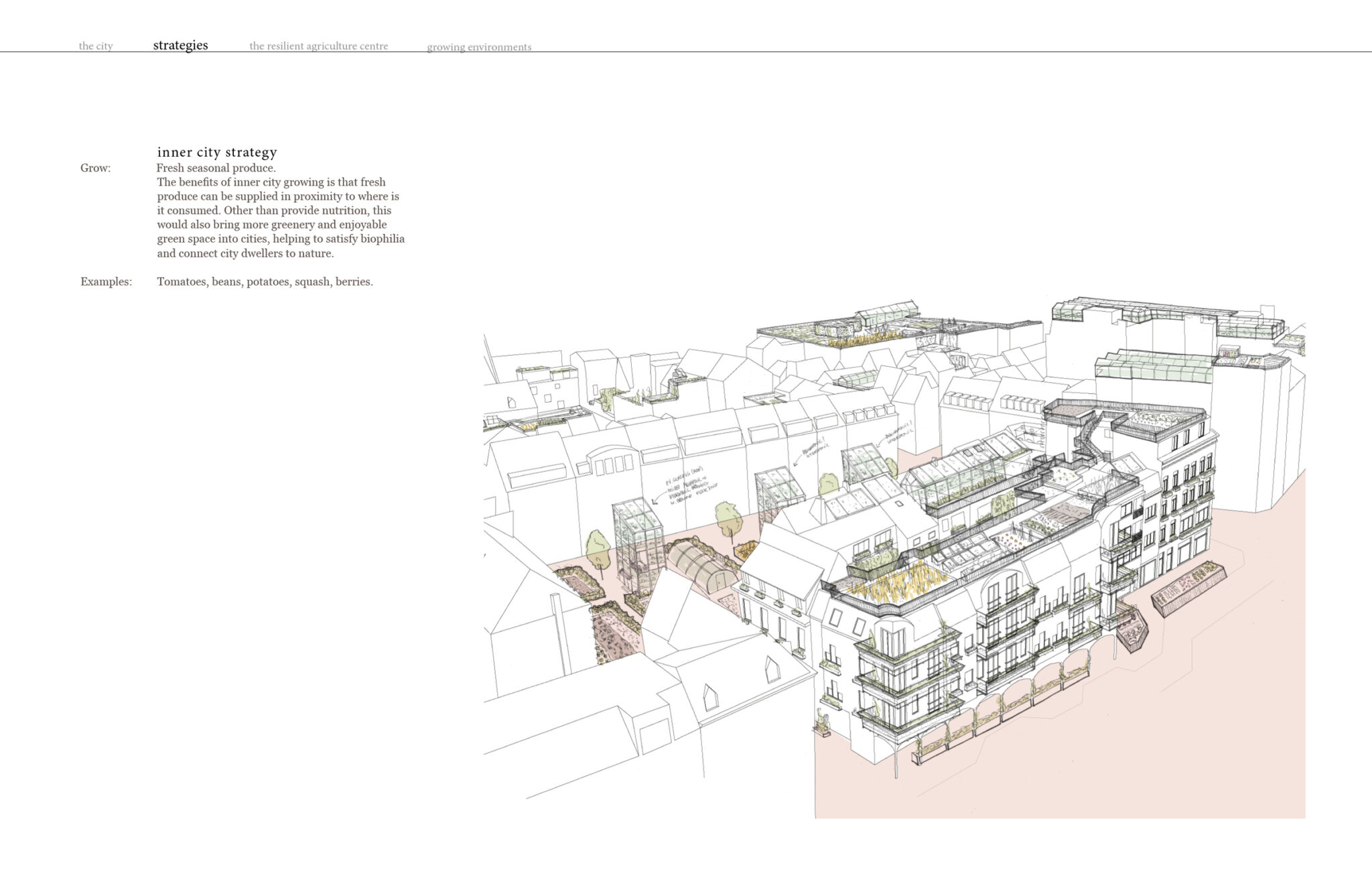 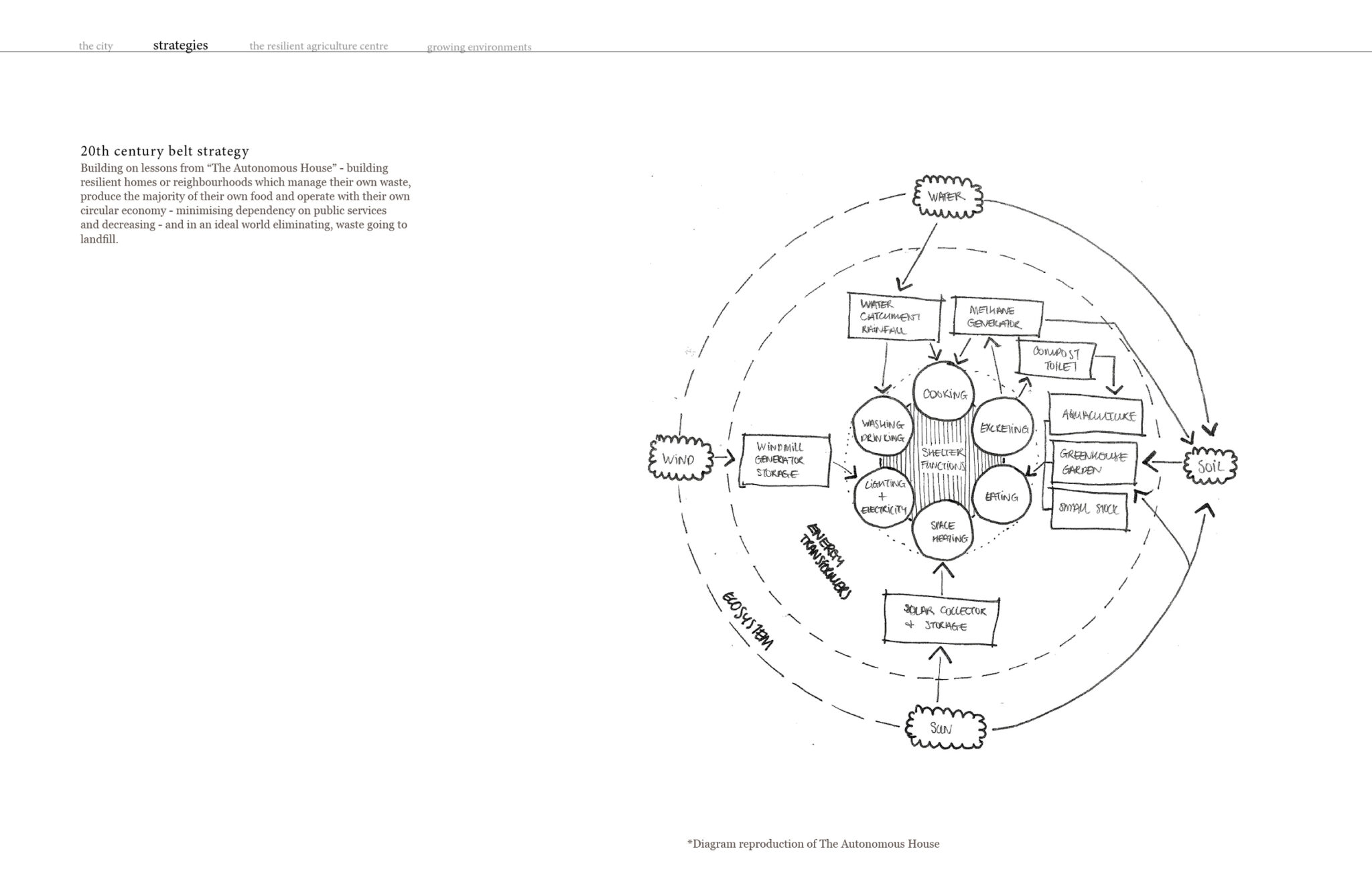 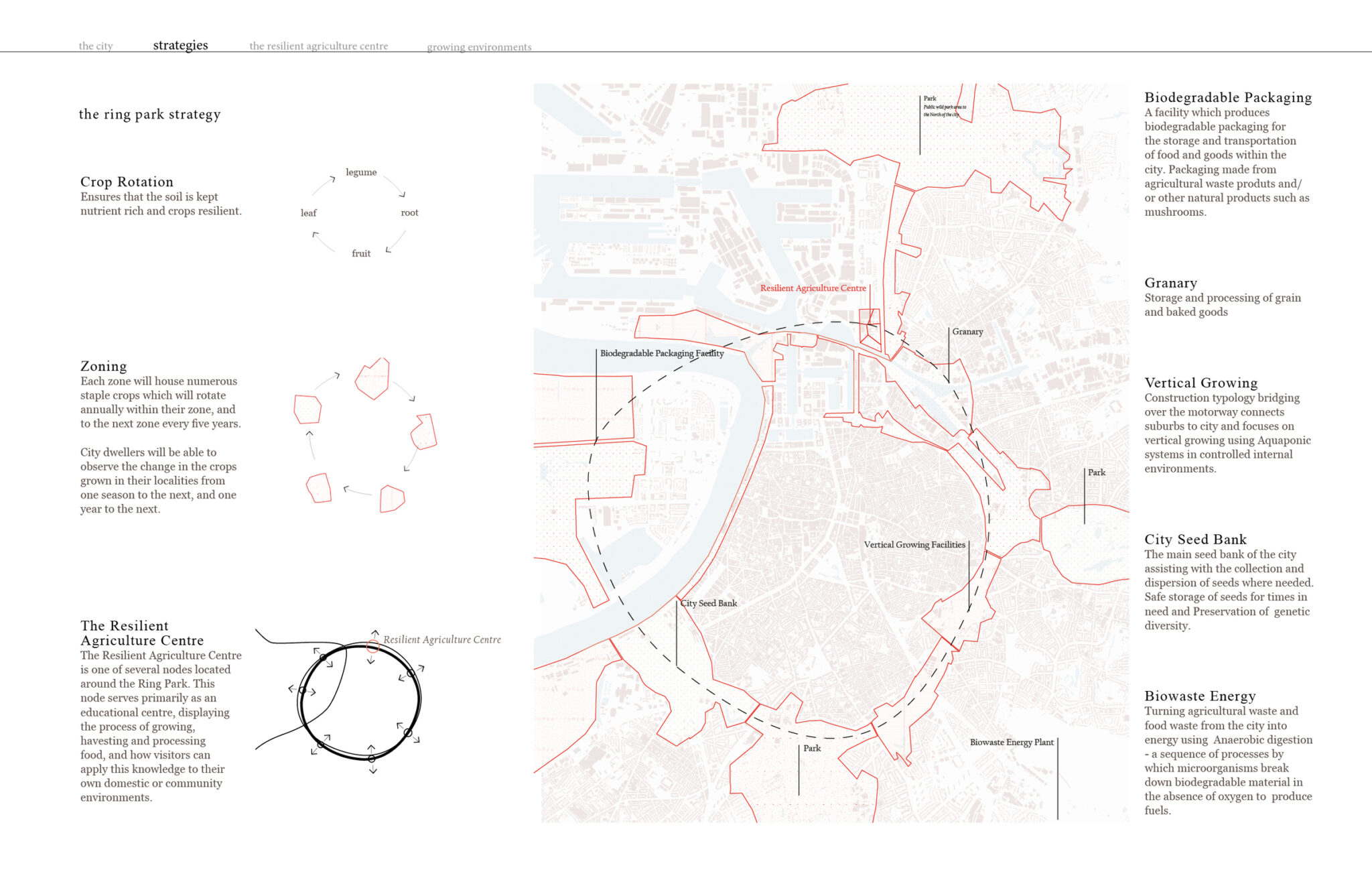 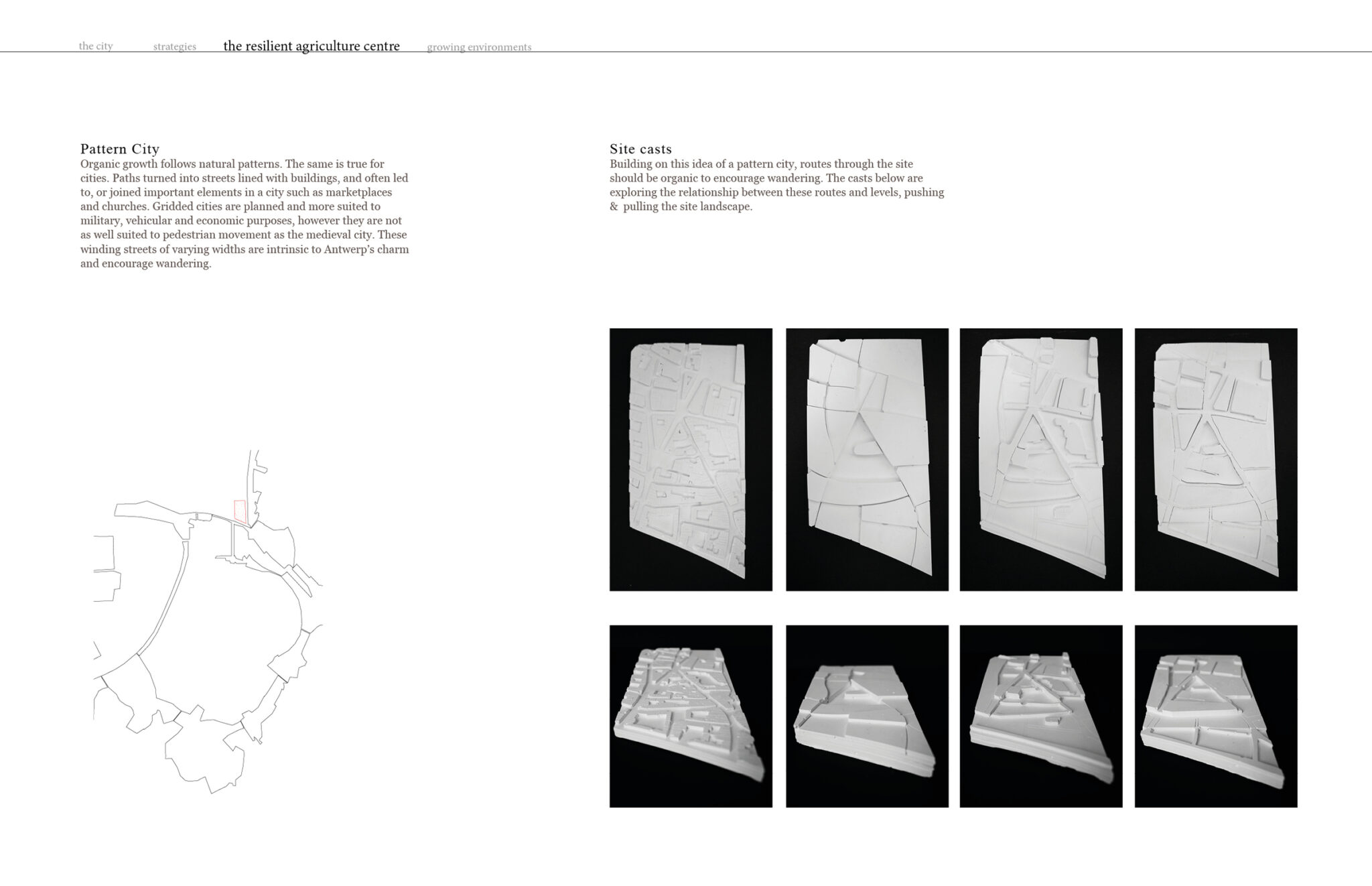 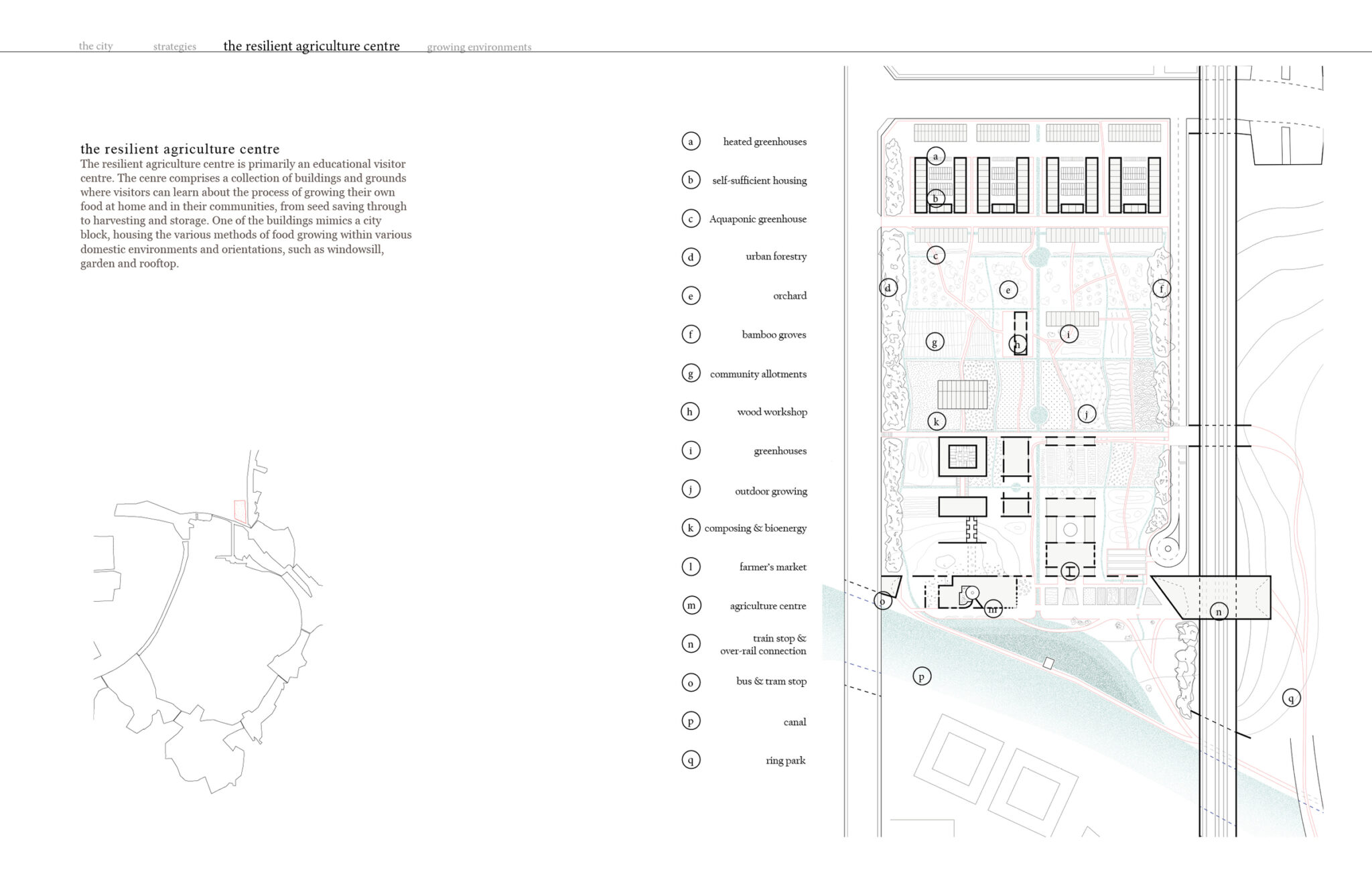 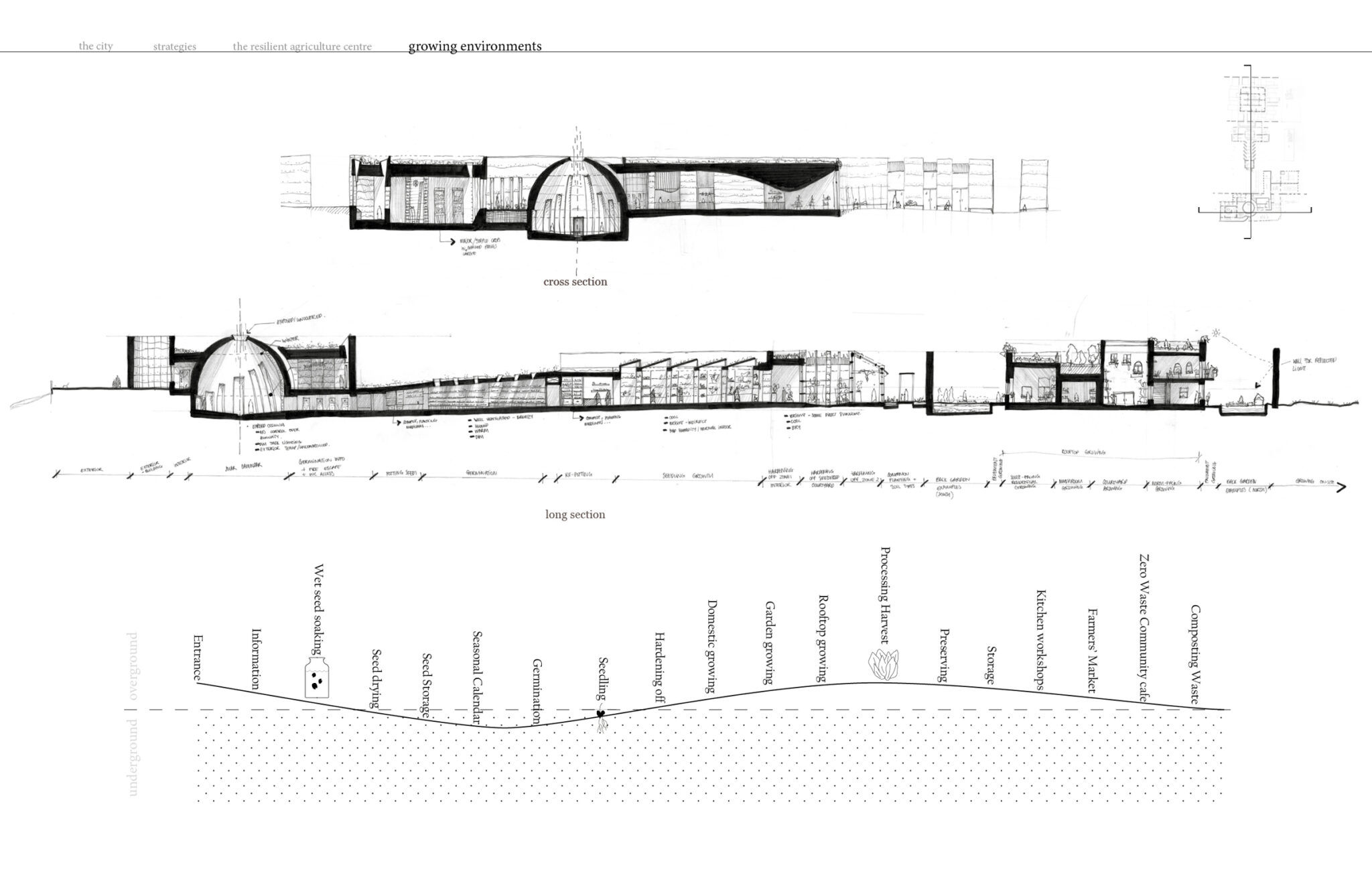 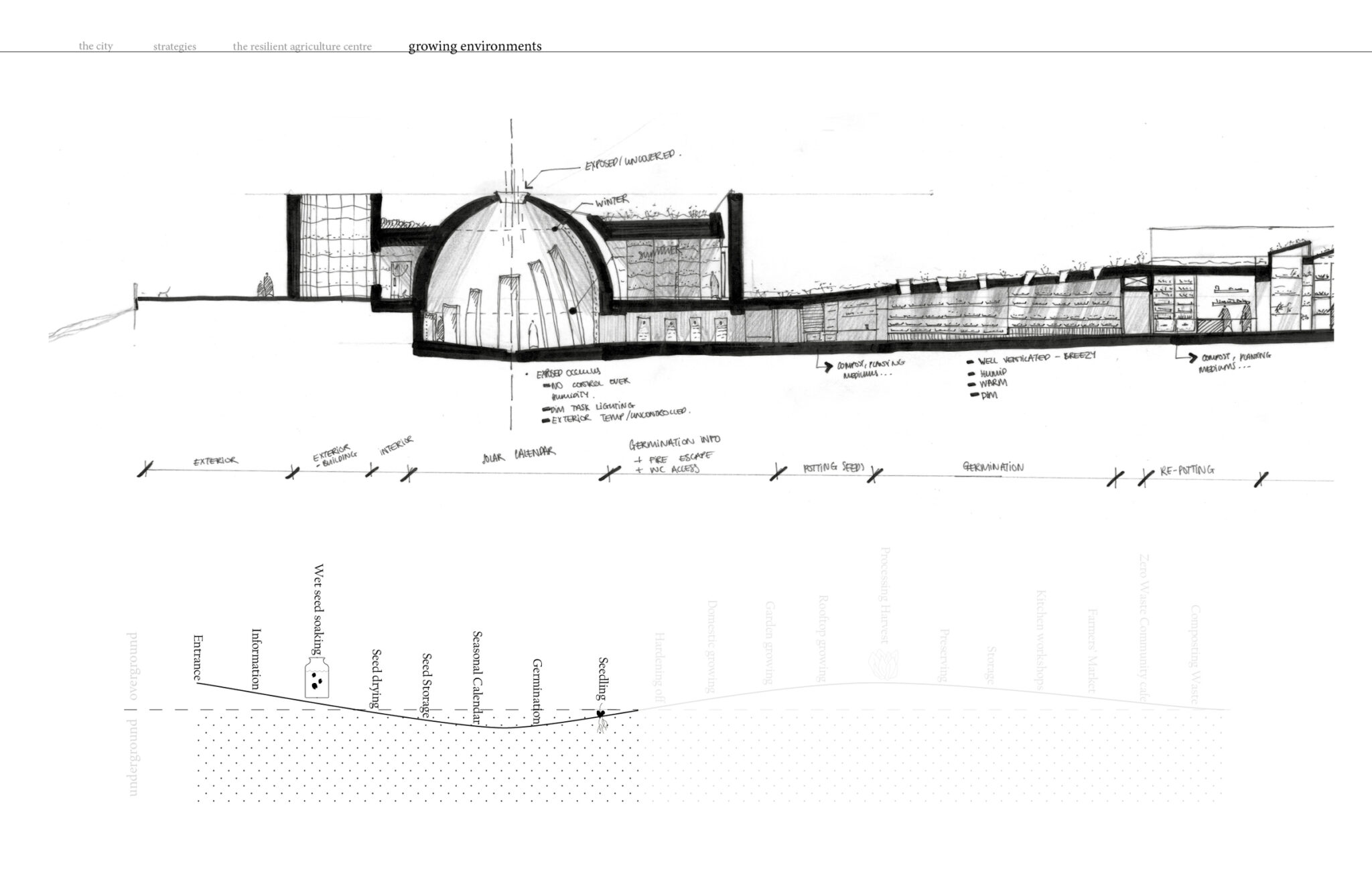 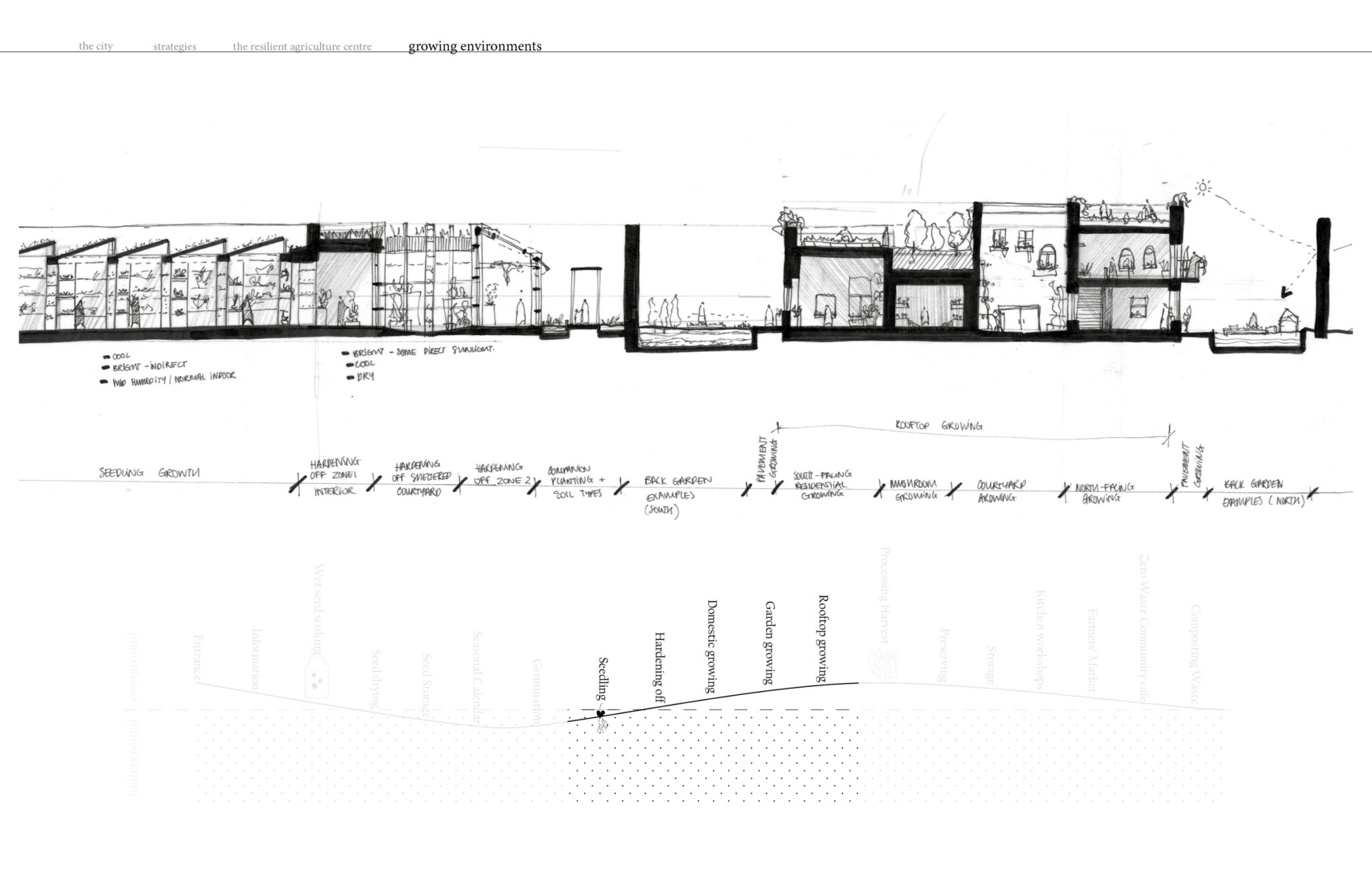 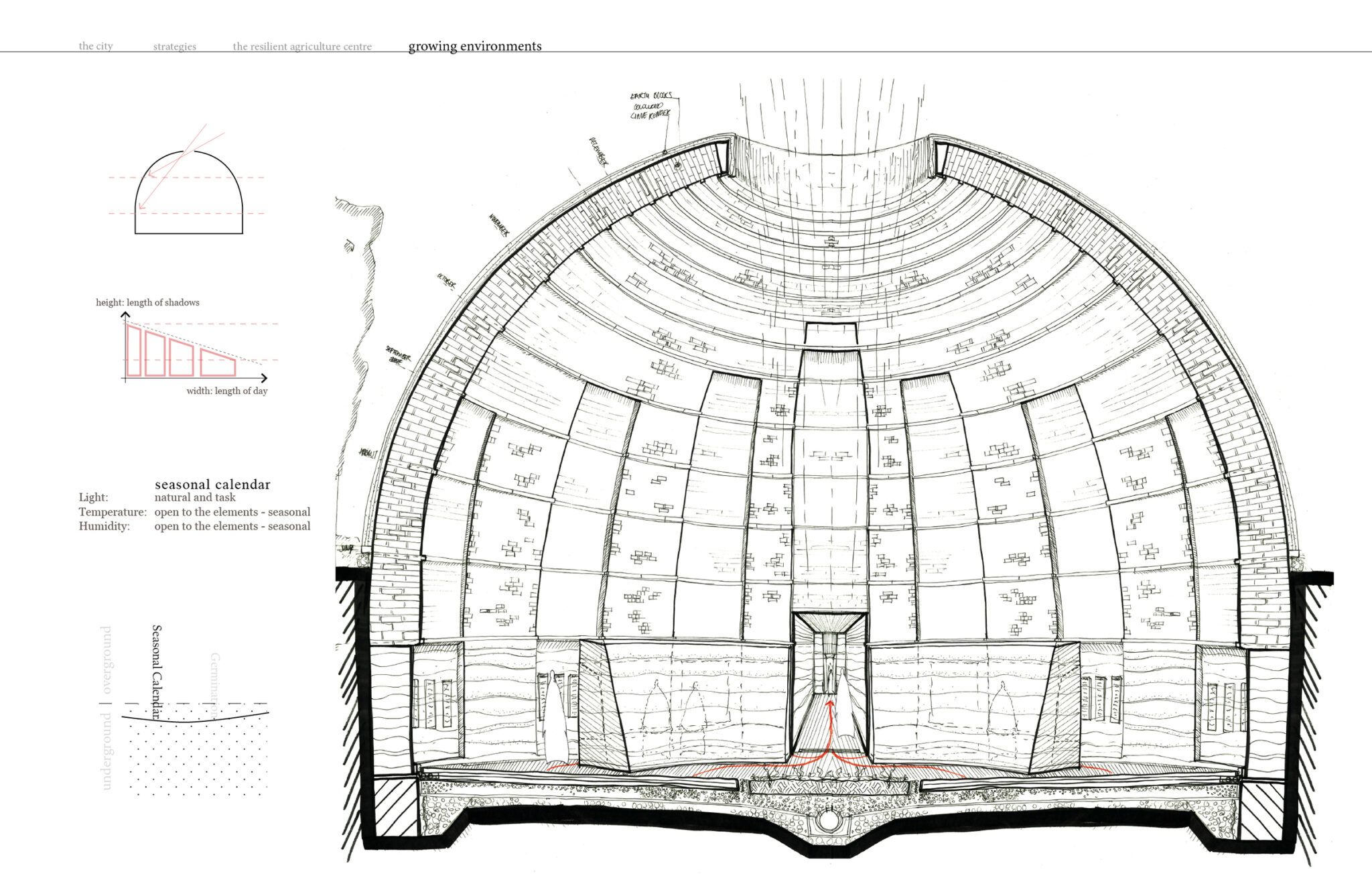 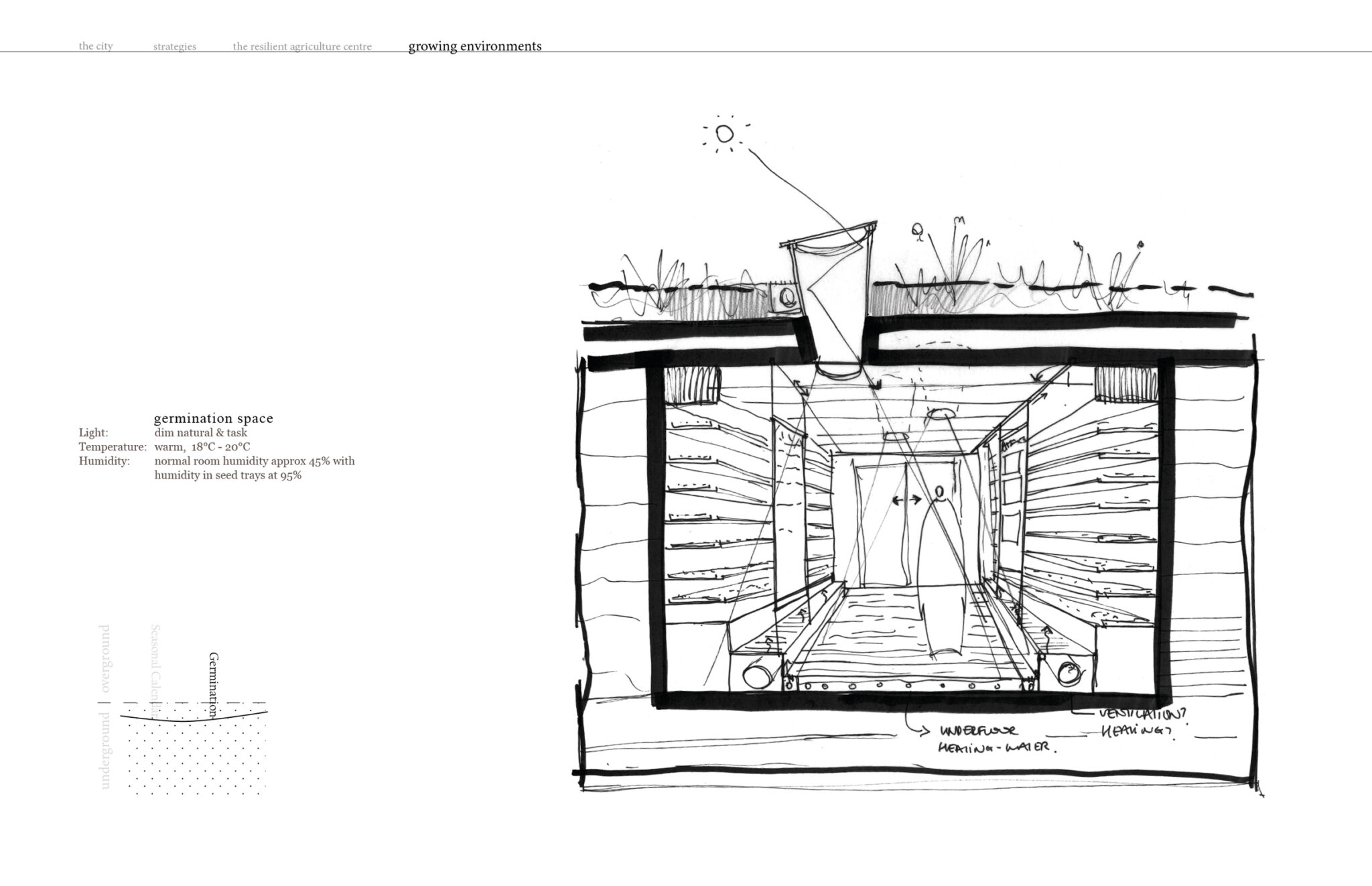