Oil on Canvas and sculpture

Storyboard of a scene

As films heavily influence my work, I tend to imagine all of the pictures in my head as moving images on screen. I work using various mediums, such as painting, storyboarding, sculpture and film. I usually start off on a project when I imagine a single image for a film scene and I work around that, using all of these various mediums to build the world in my head. A large part of my practice is creating the sets for the film, I do this mostly by making miniatures of these sets to photograph or film inside. I also make film props and create paintings which help me to understand which colours to use in scenes, and I often take photographs for potential locations for filming.
I am mostly inspired by films in the horror, surreal or fantasy genre. This year I have also been looking at illustrations from manuscripts which depict strange creatures, whilst also being fascinated by caves which started at a young age.
For my degree show, I had planned to make a film and display some drawings and sculptural pieces alongside it which depict a world. I imagined this world to be parallel to ours, and only parts of it get through. In this world there are mythical creatures, talking rocks and a kind of hotel which is run by humanoid horses. I began writing, storyboarding, painting and making props and models for this film which some have been left unfinished. As a lot of my work was also left in my studio in the Stow building, I decided to start on some new paintings in lockdown.
These works are part of the same world, just a different character. I wrote a story about a vampire who travels through portals and uses a magical object which lets her see where these hidden portals are, often being inside caves or next to rocks. I am continuing to make works and plan this film that I would like to make. 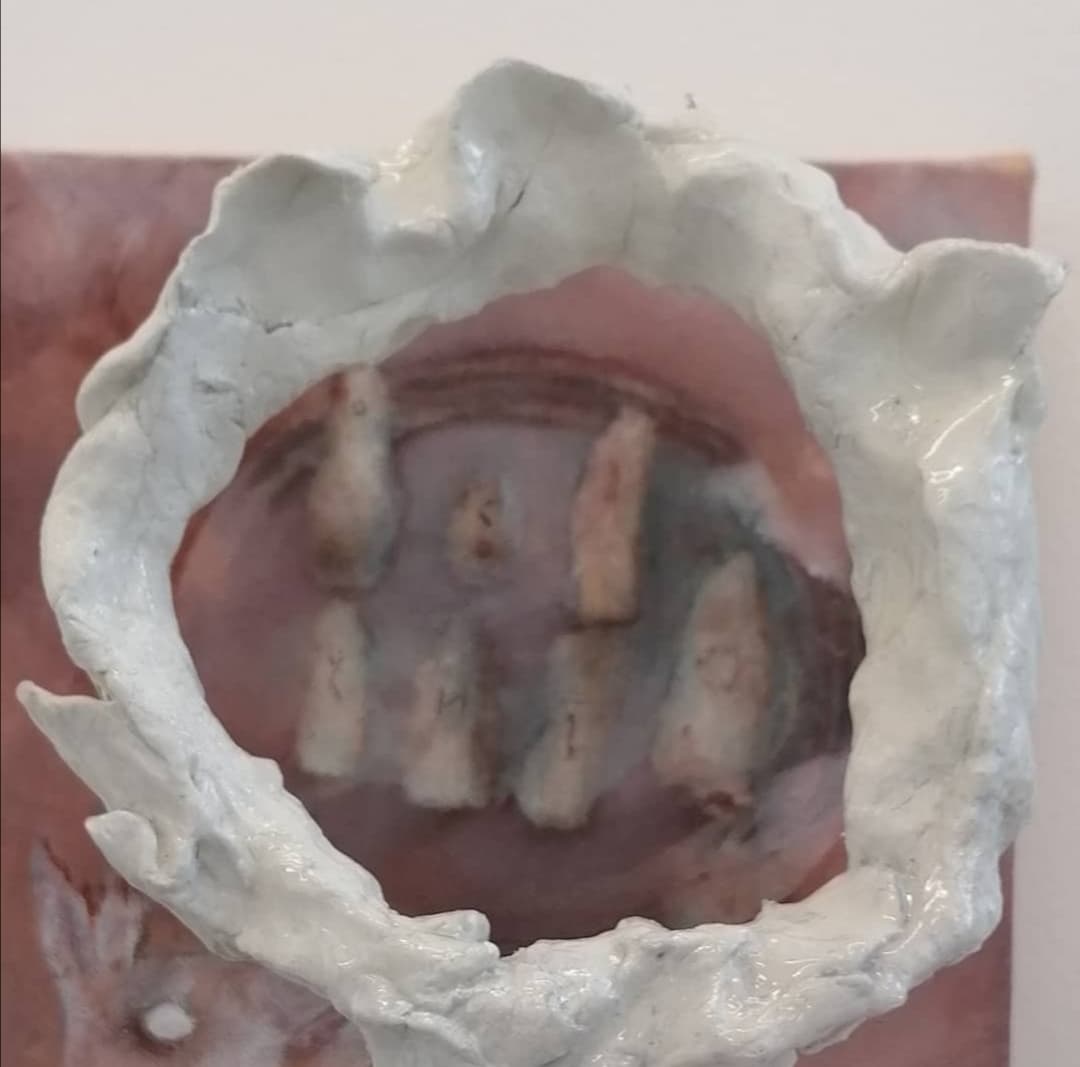 Oil on Canvas and sculpture 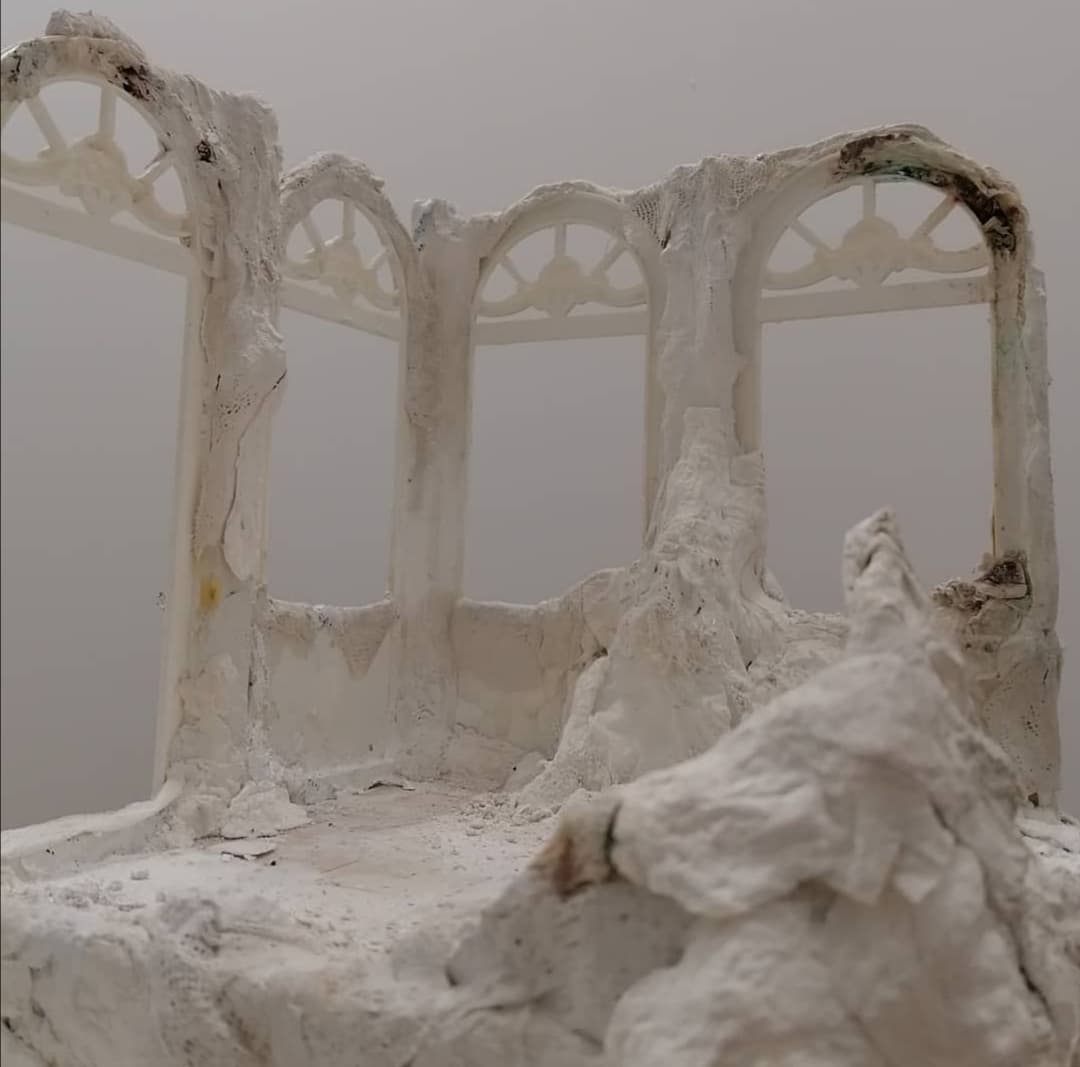 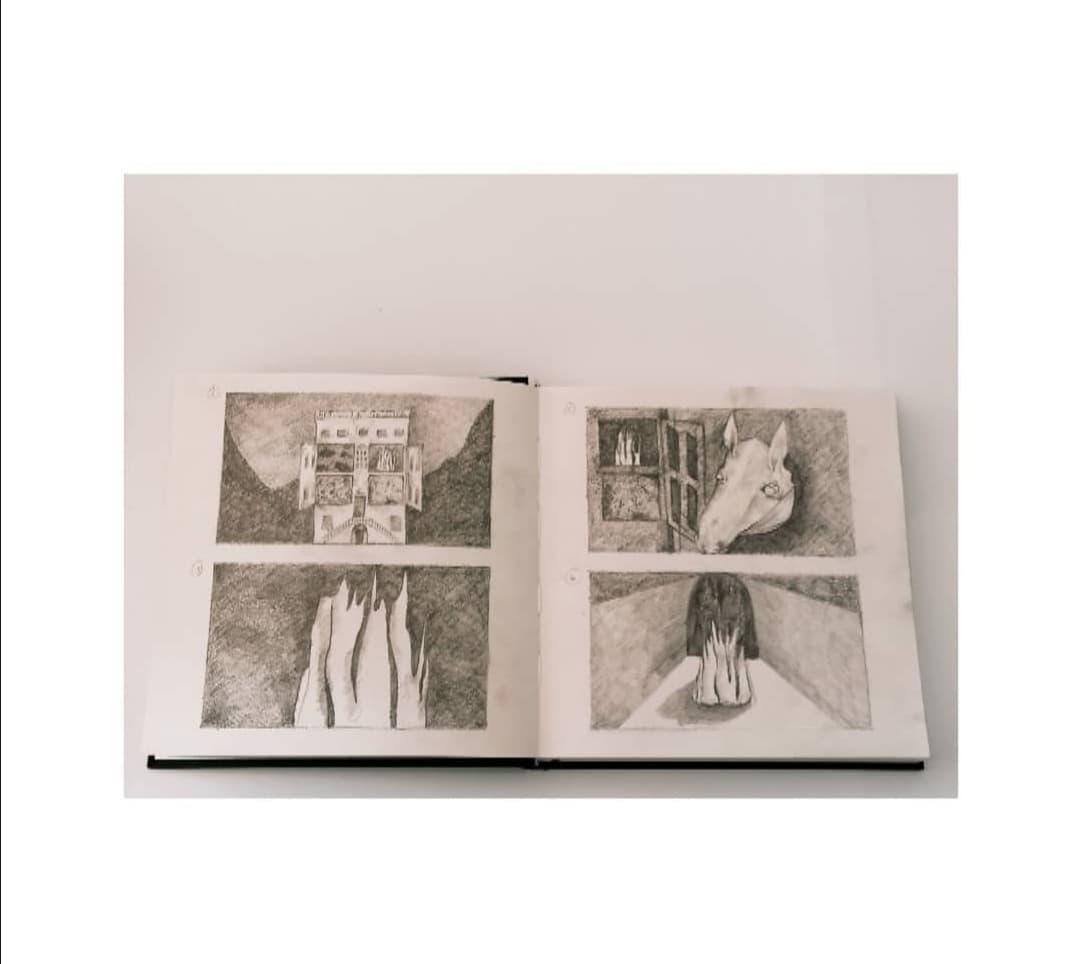 Storyboard of a scene 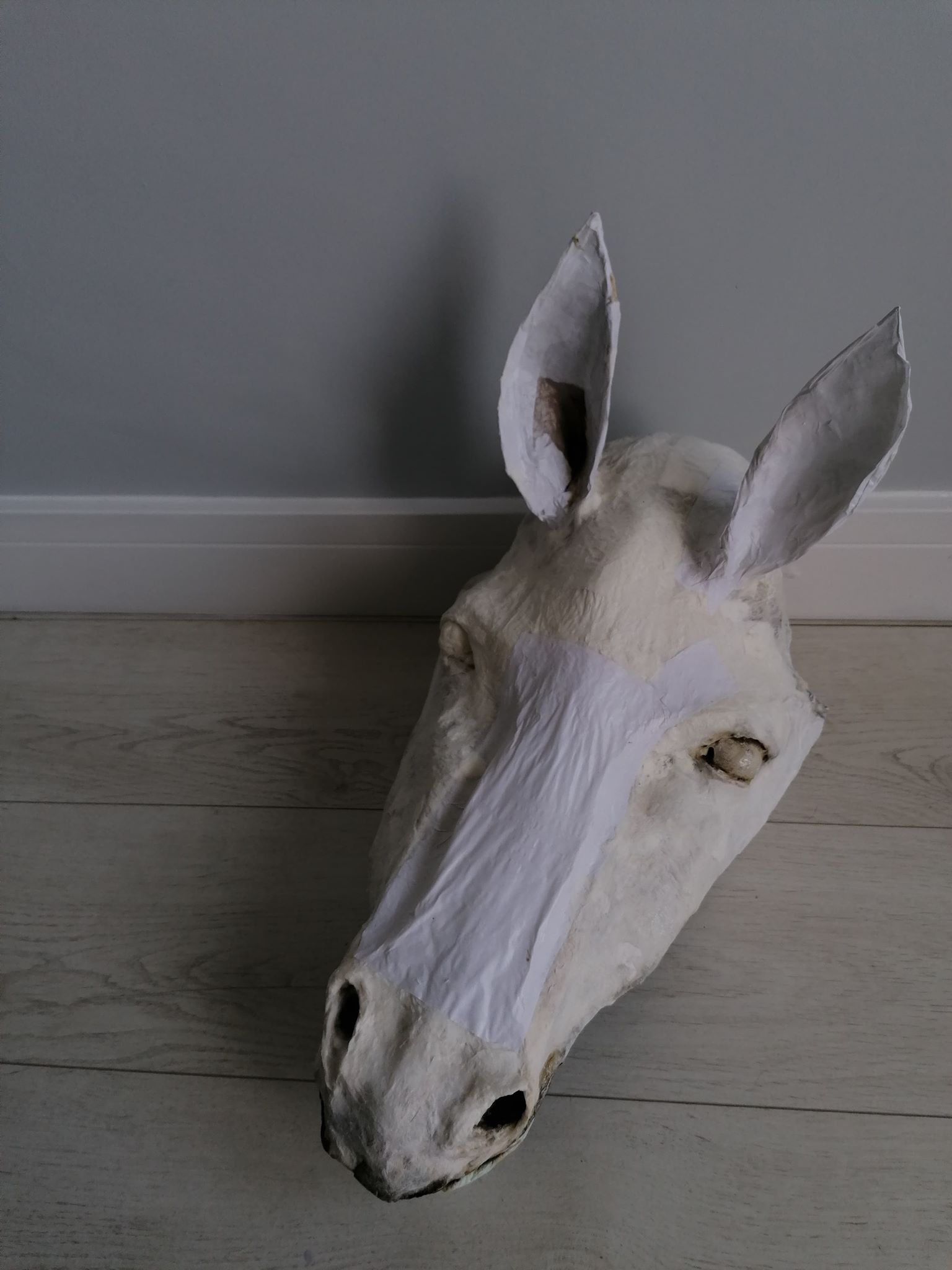 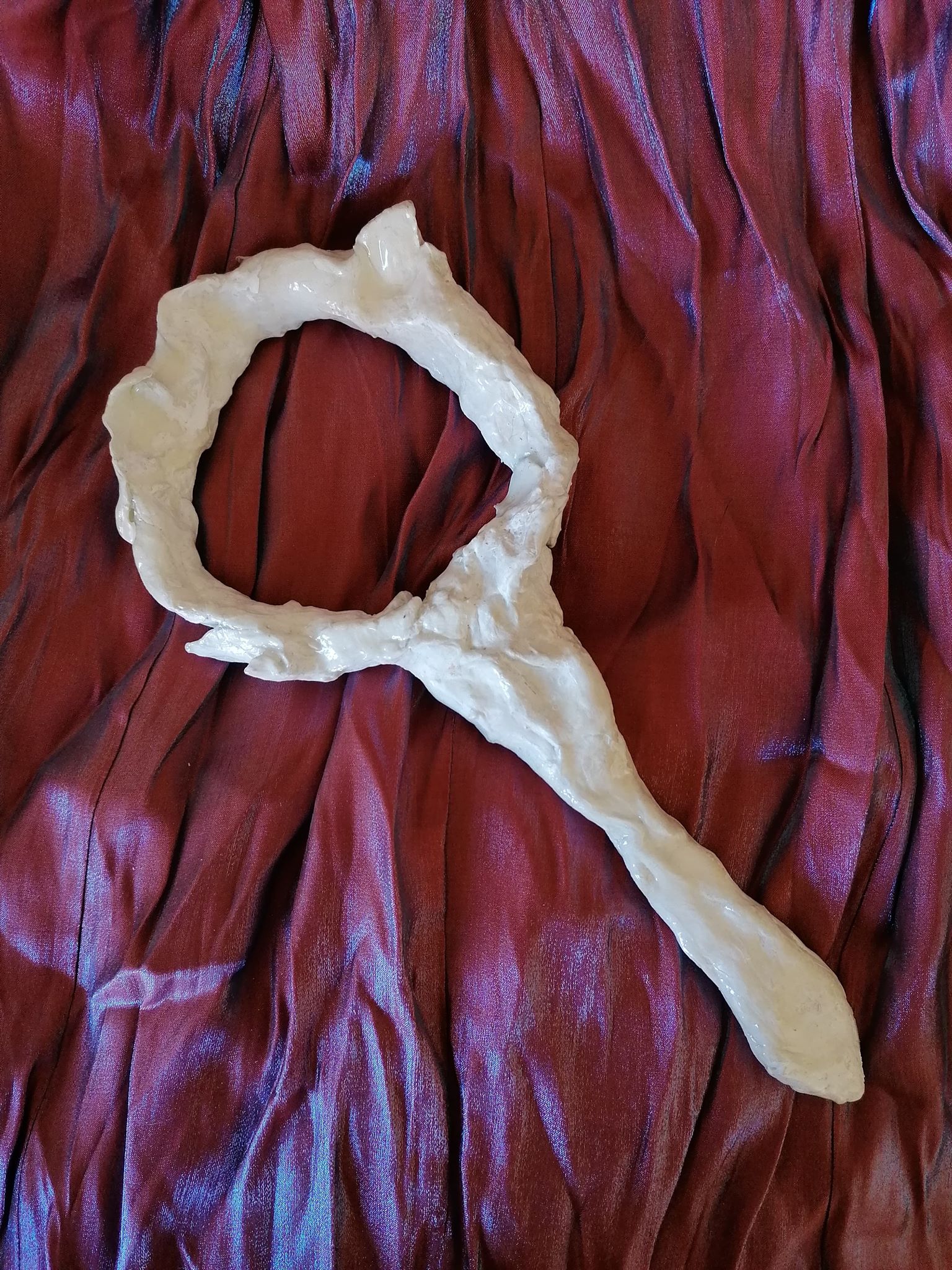 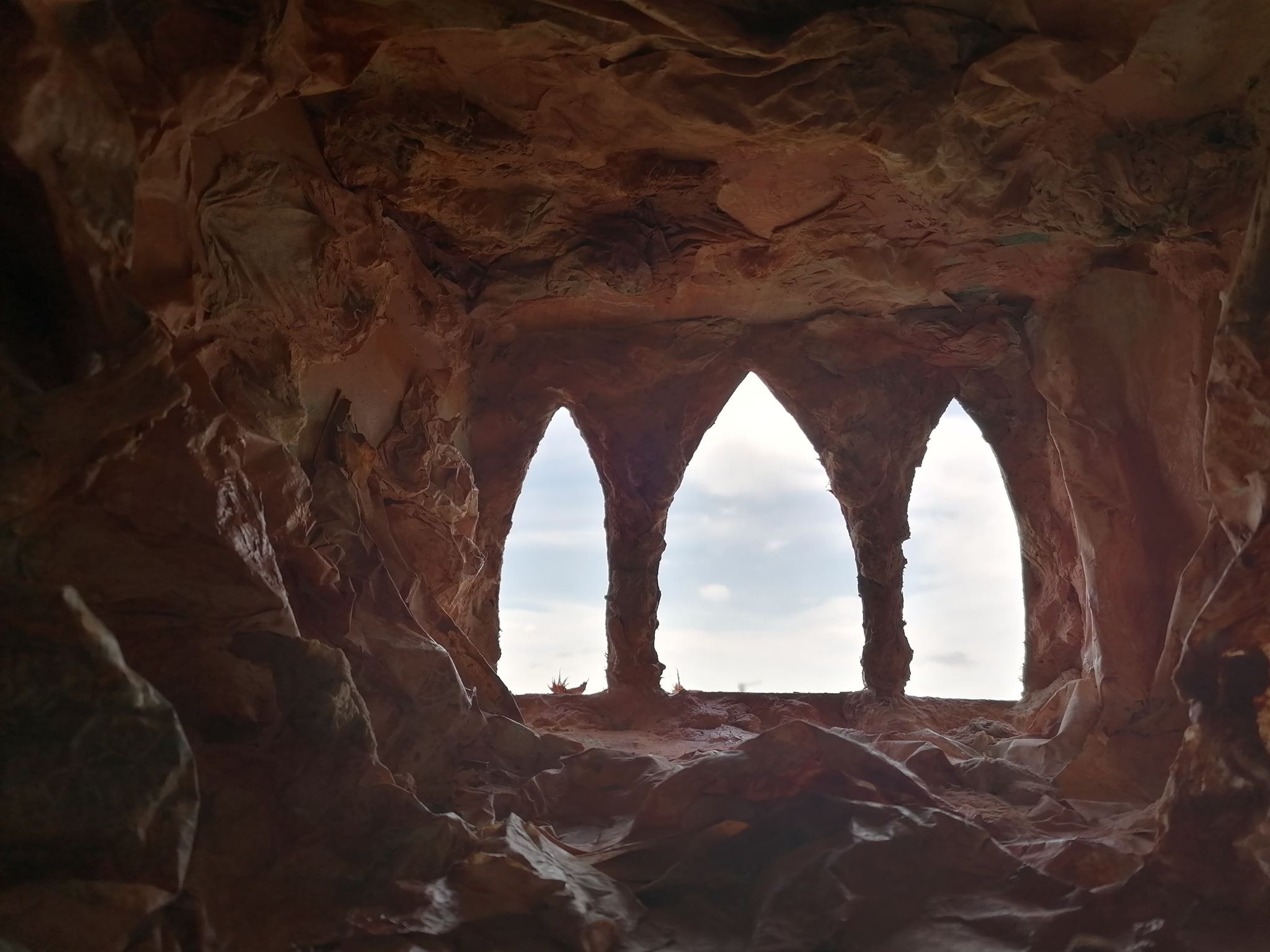 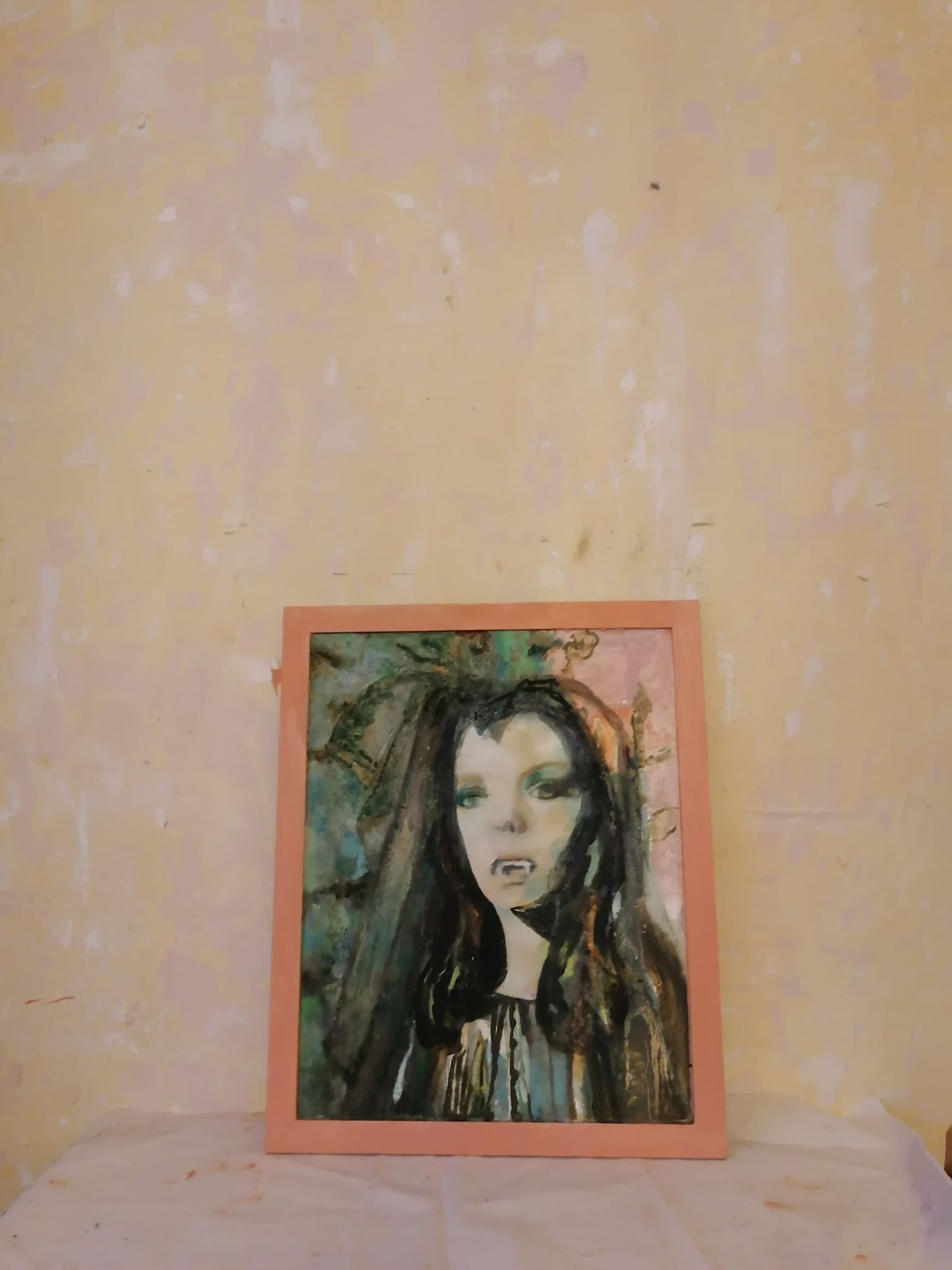 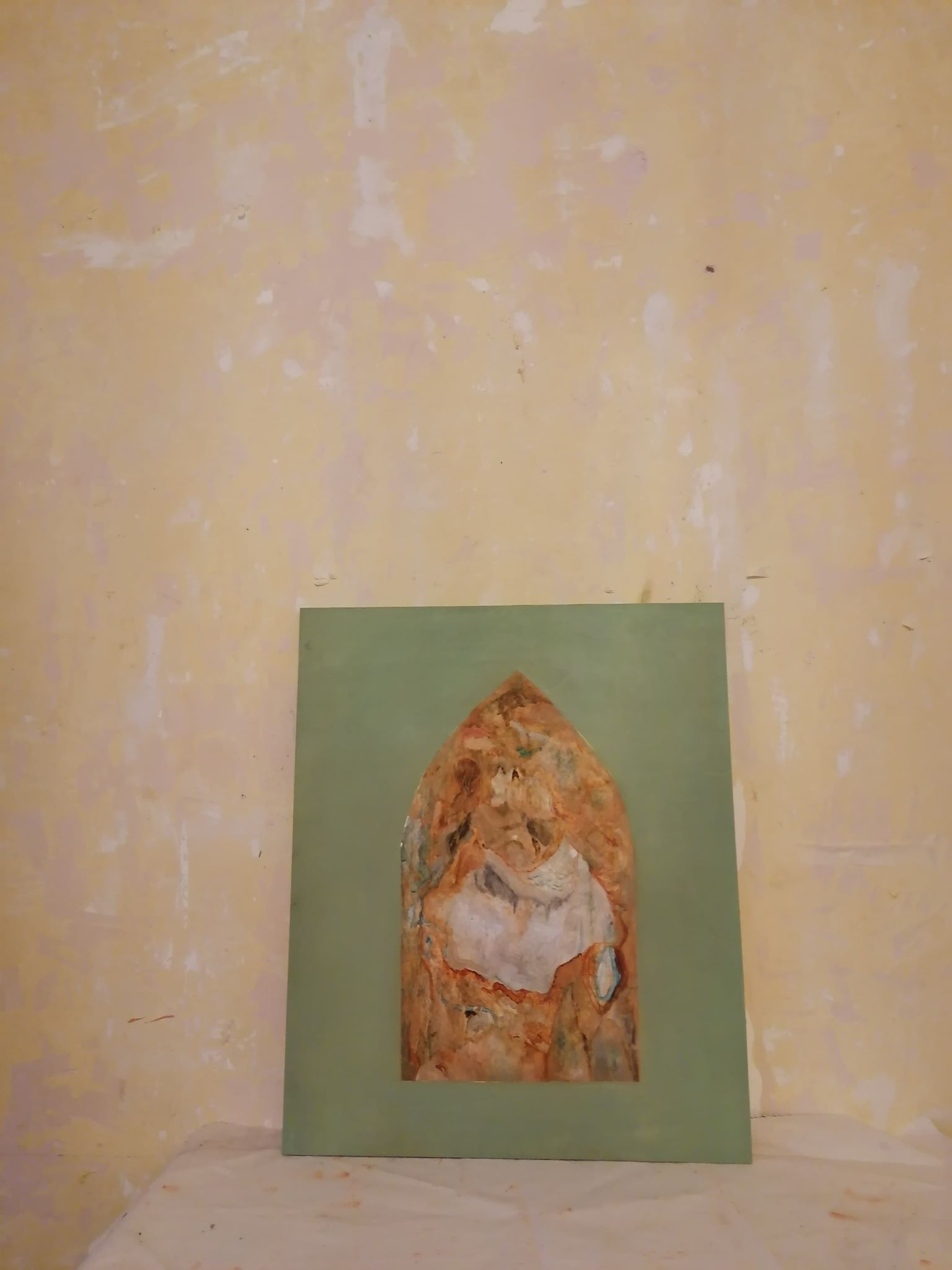 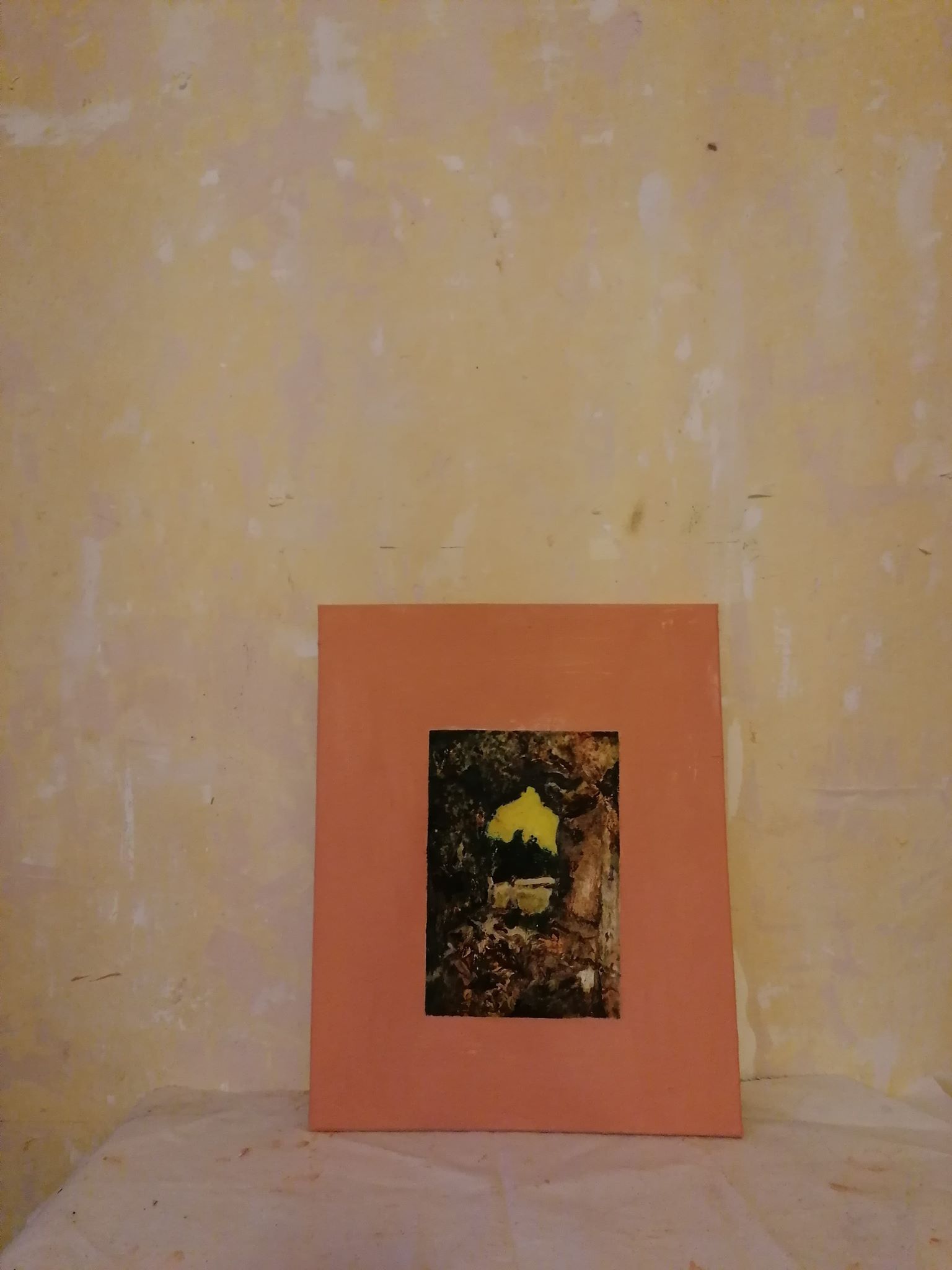 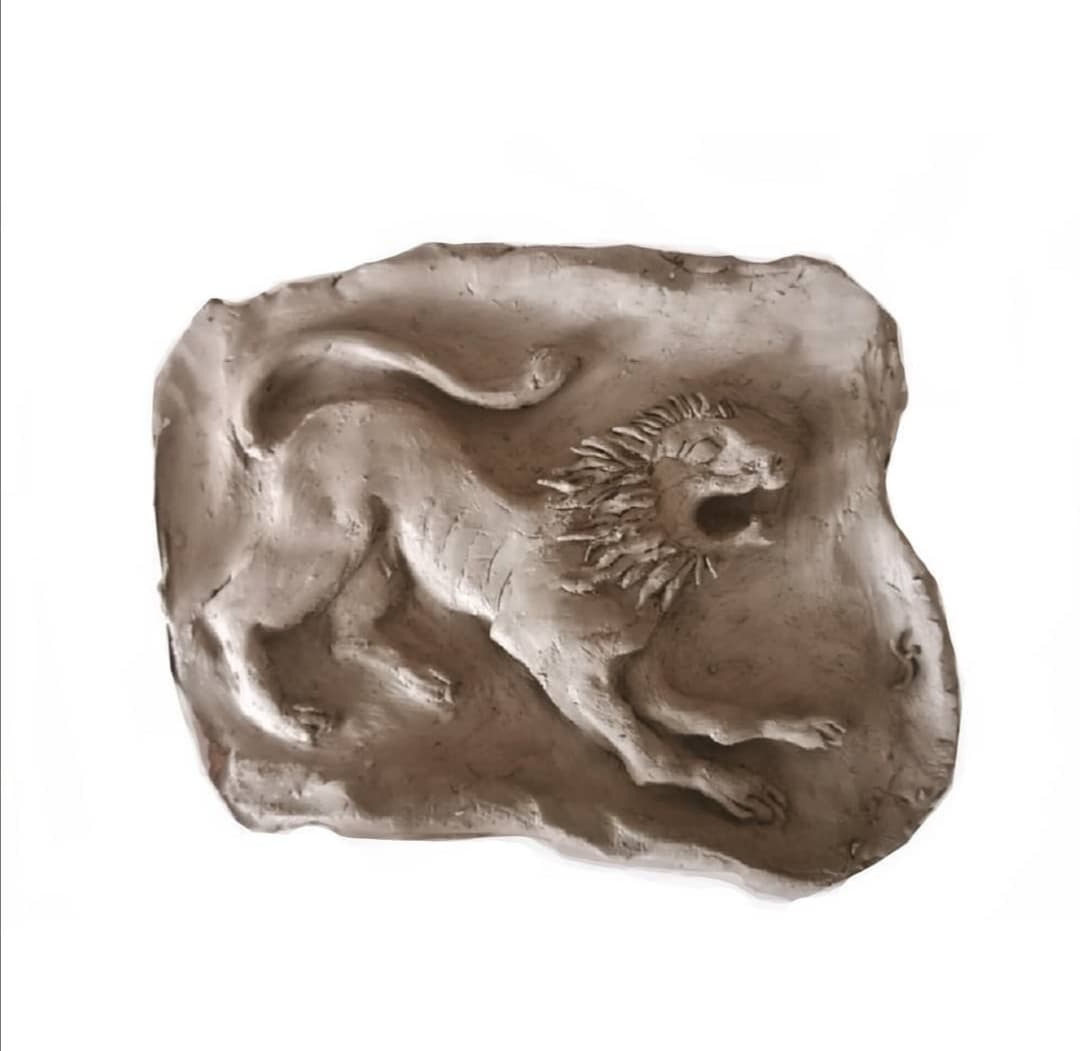