The Library of Babel

[BRIEF] The mythical Antwerp of the ‘golden age’ and the archetype of the library are examined as platforms for the exchange, exploration and intersection of different ideas and cultures to guide the proposal for Antwerp’s central library – a catalyst within the diverse local community of learning and a vehicle for reimaging the city and its myth.

[CONCEPT] The title encompasses the two main objectives of the project: re-exploring the typology of the library in the era of information overload, reviving the ‘myth’ of Antwerp to focus the direction of the positive change currently going on in the city after a period of decline.

“Library of Babel” is a short story by Louis Borges about an infinite fractal library containing all the possible variants of information. The contemporary library becomes an interface for the search of relevant information, rather than the source of otherwise limited access to knowledge and culture. Simultaneously, ‘Tower of Babel’ is a local masterpiece painted by Peter Breughel as an allegory of the 16th century Antwerp and the issues faced by the rapidly expanding and globalized city, which mirror the challenges of the present day.

The project explores the idea of urban mining – as Antwerp expands into the outskirts of the industrial port, the dismantled warehouses and cranes can provide steel in the form of standardized building elements. The port – a historic platform for exchange of knowledge and ideas becomes the framework of the new city library. 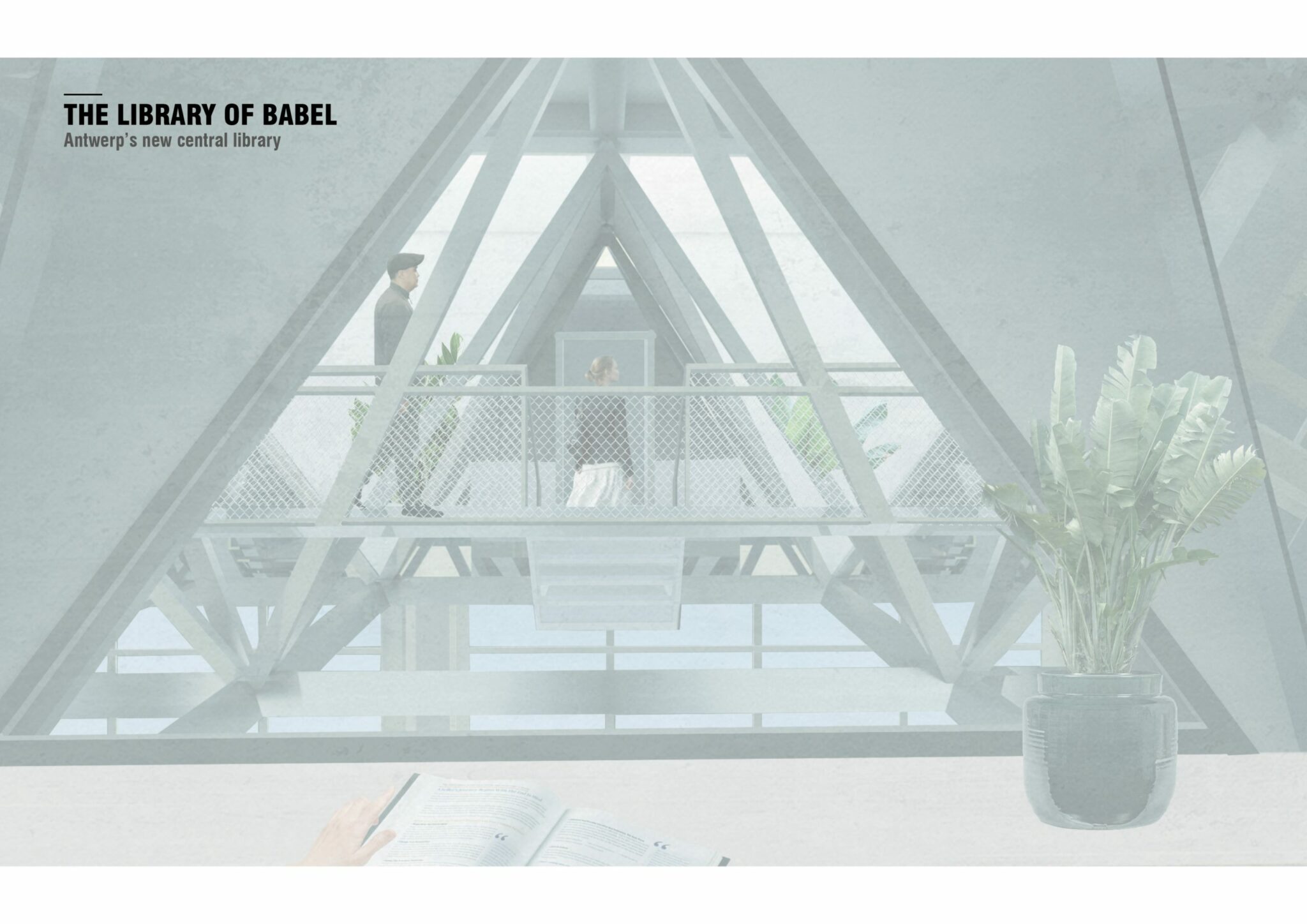 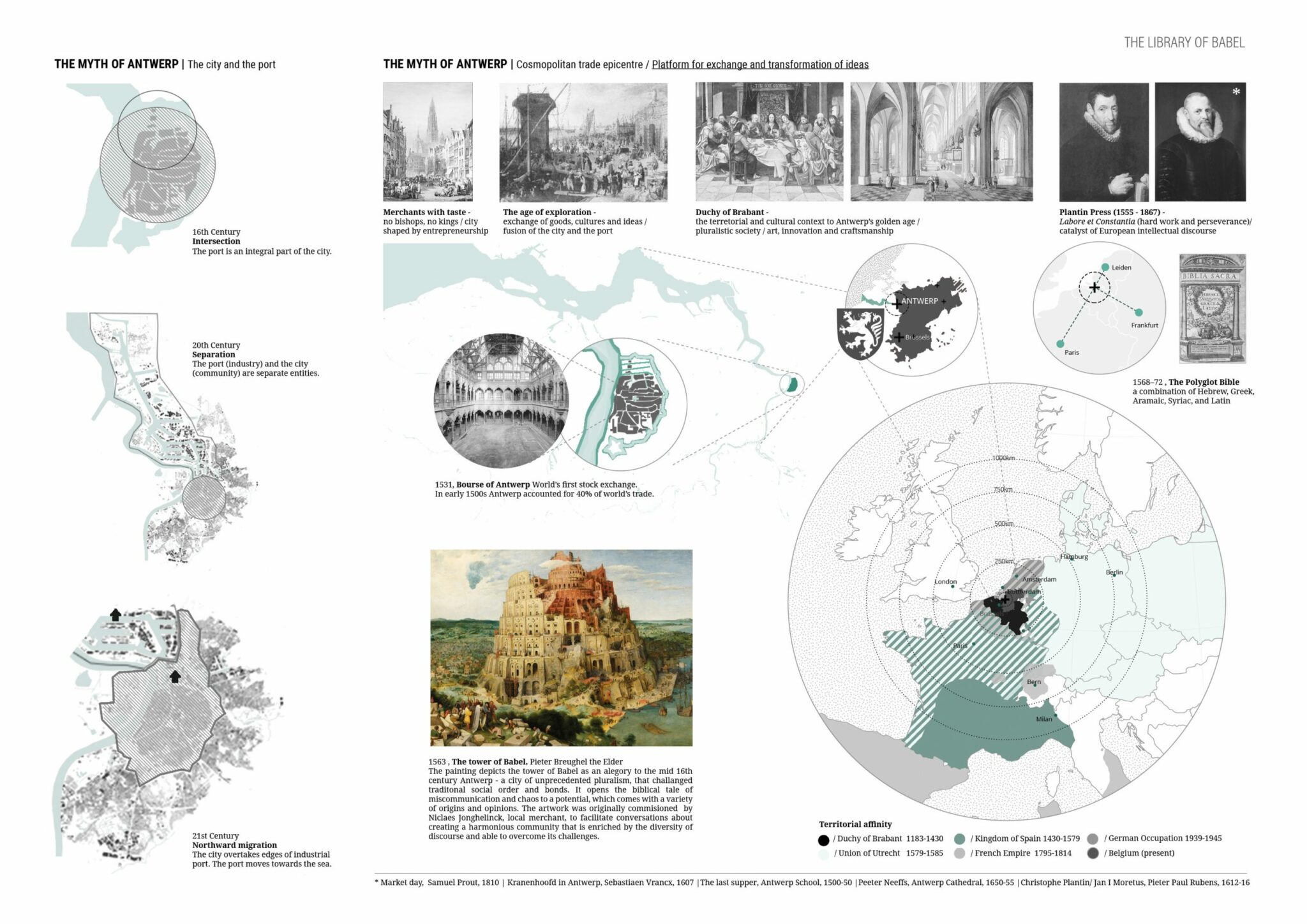 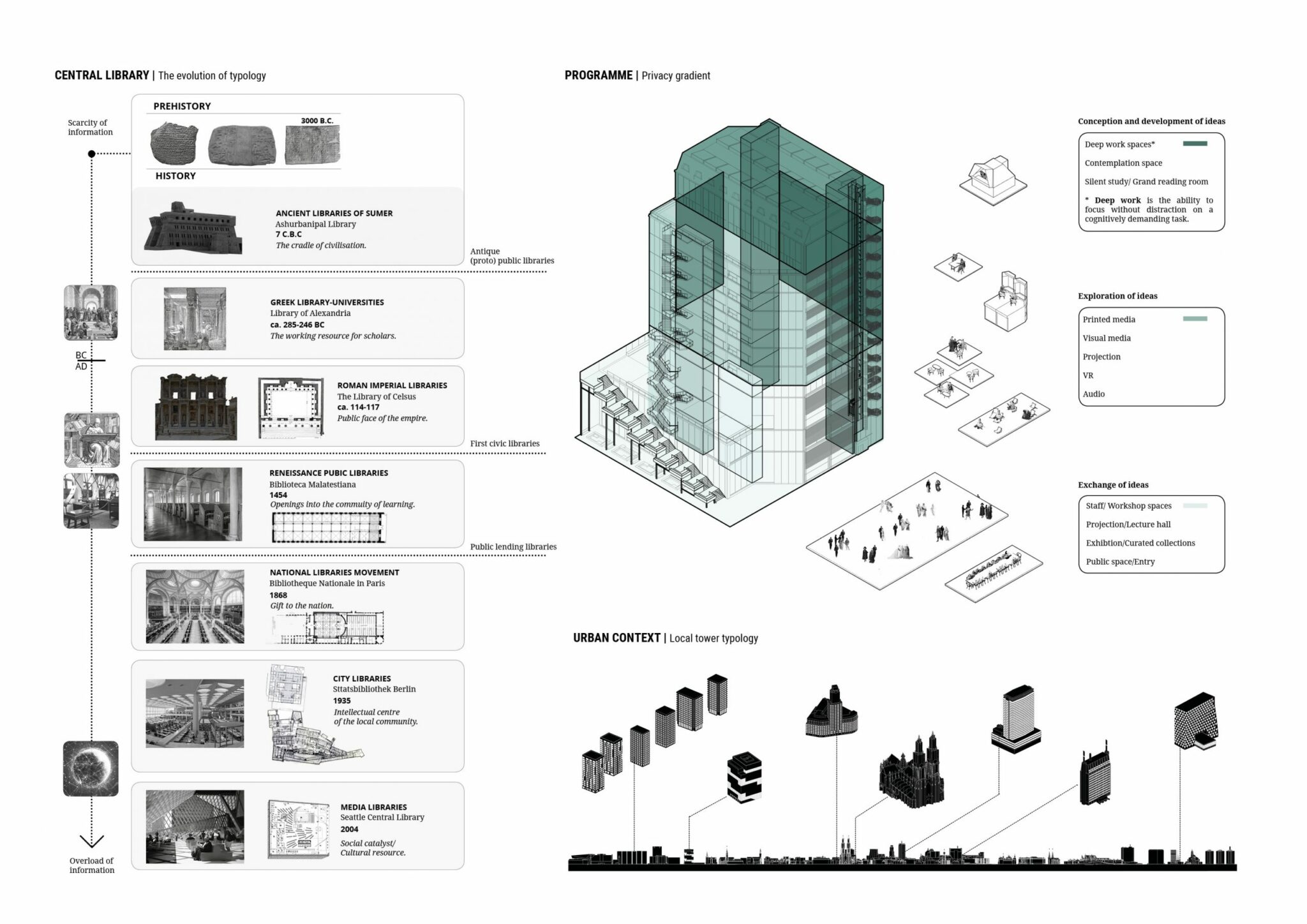 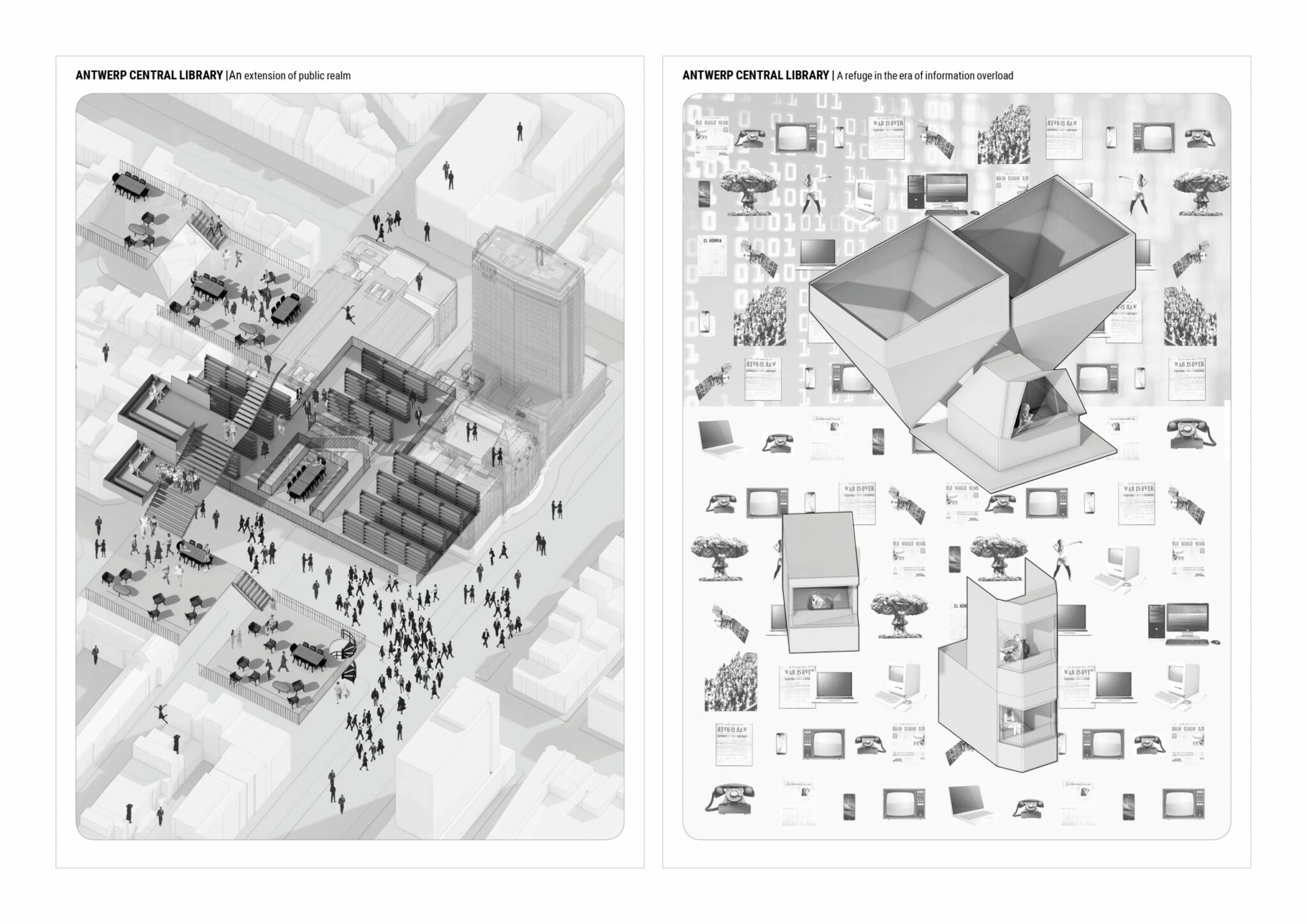 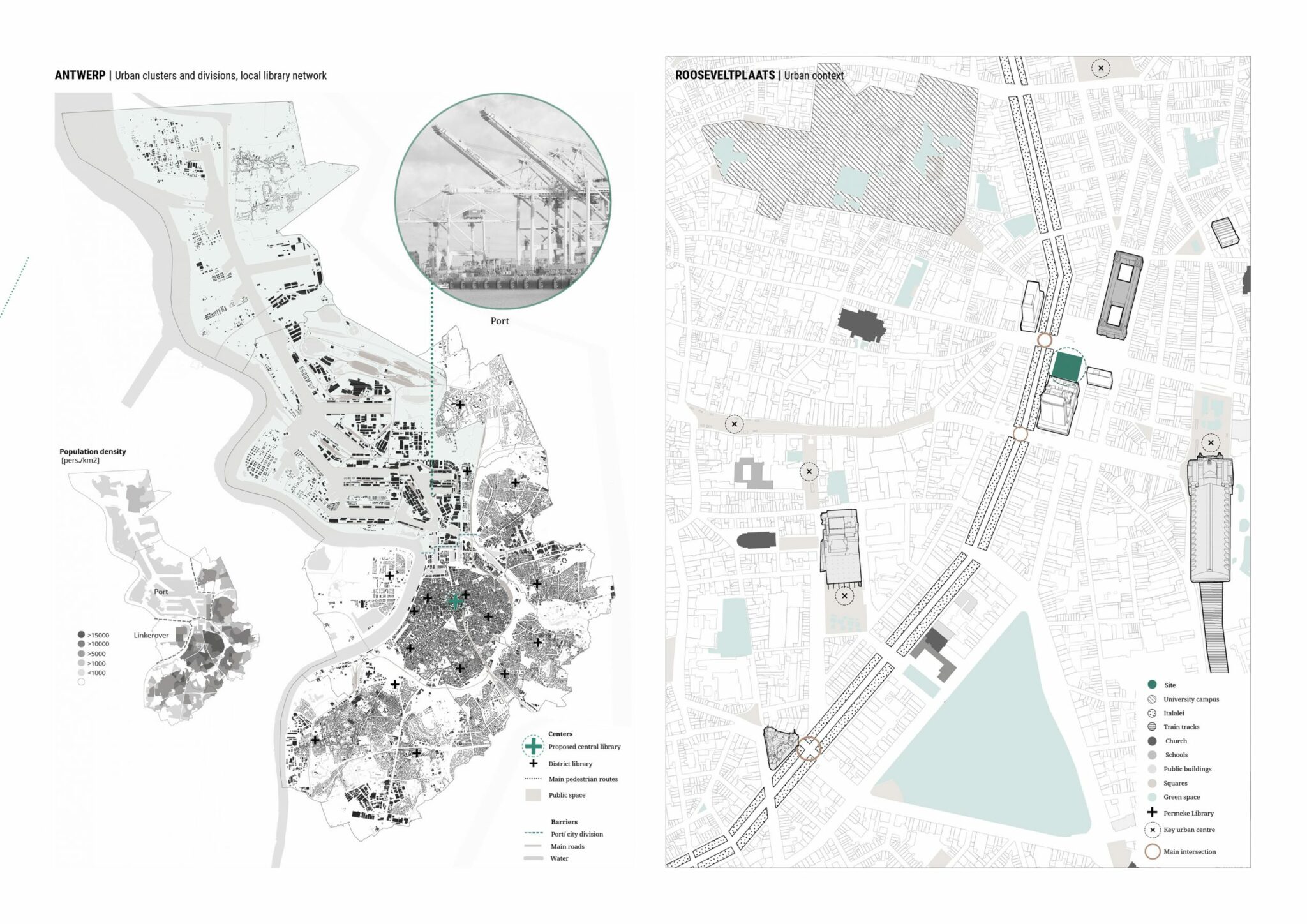 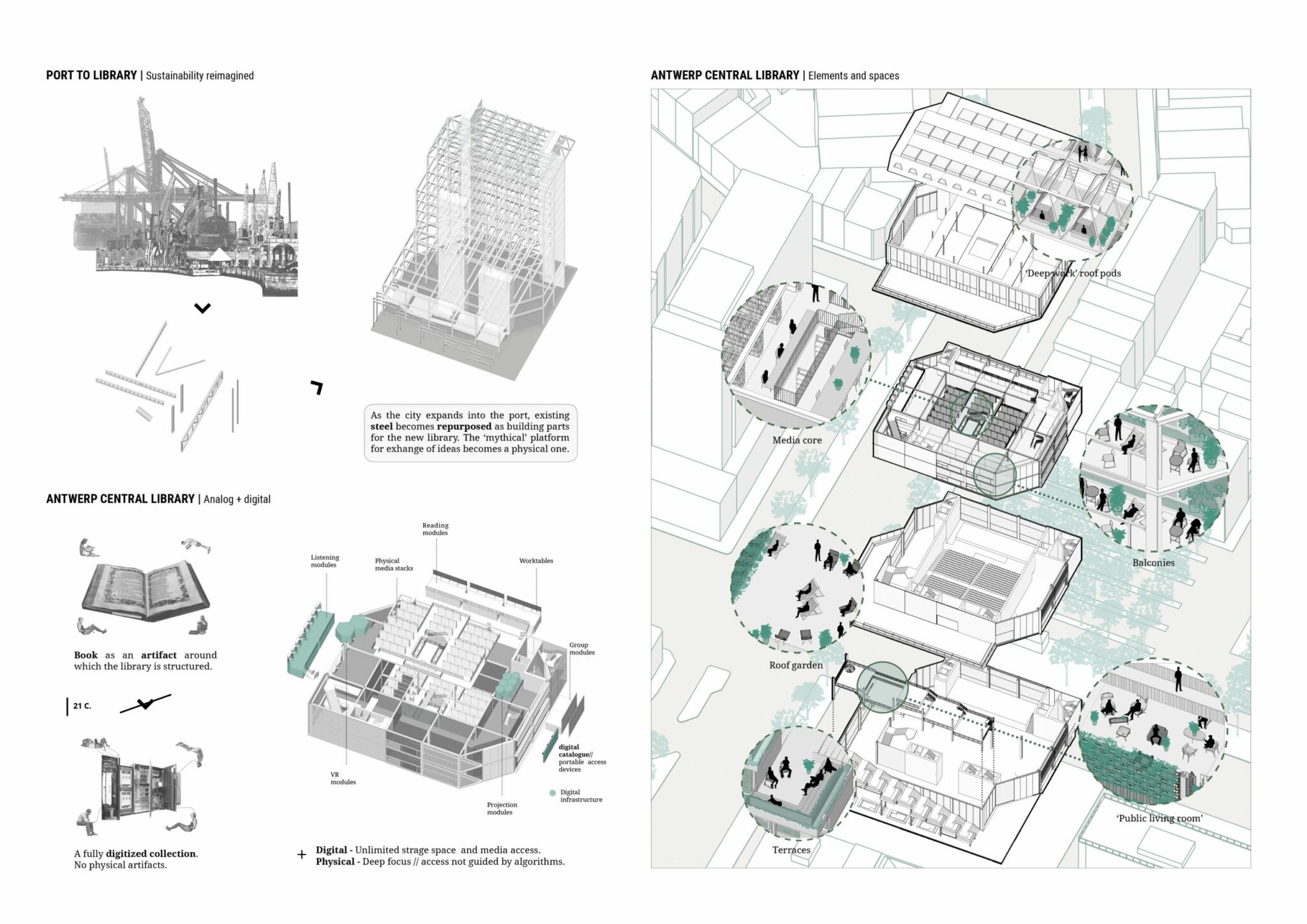 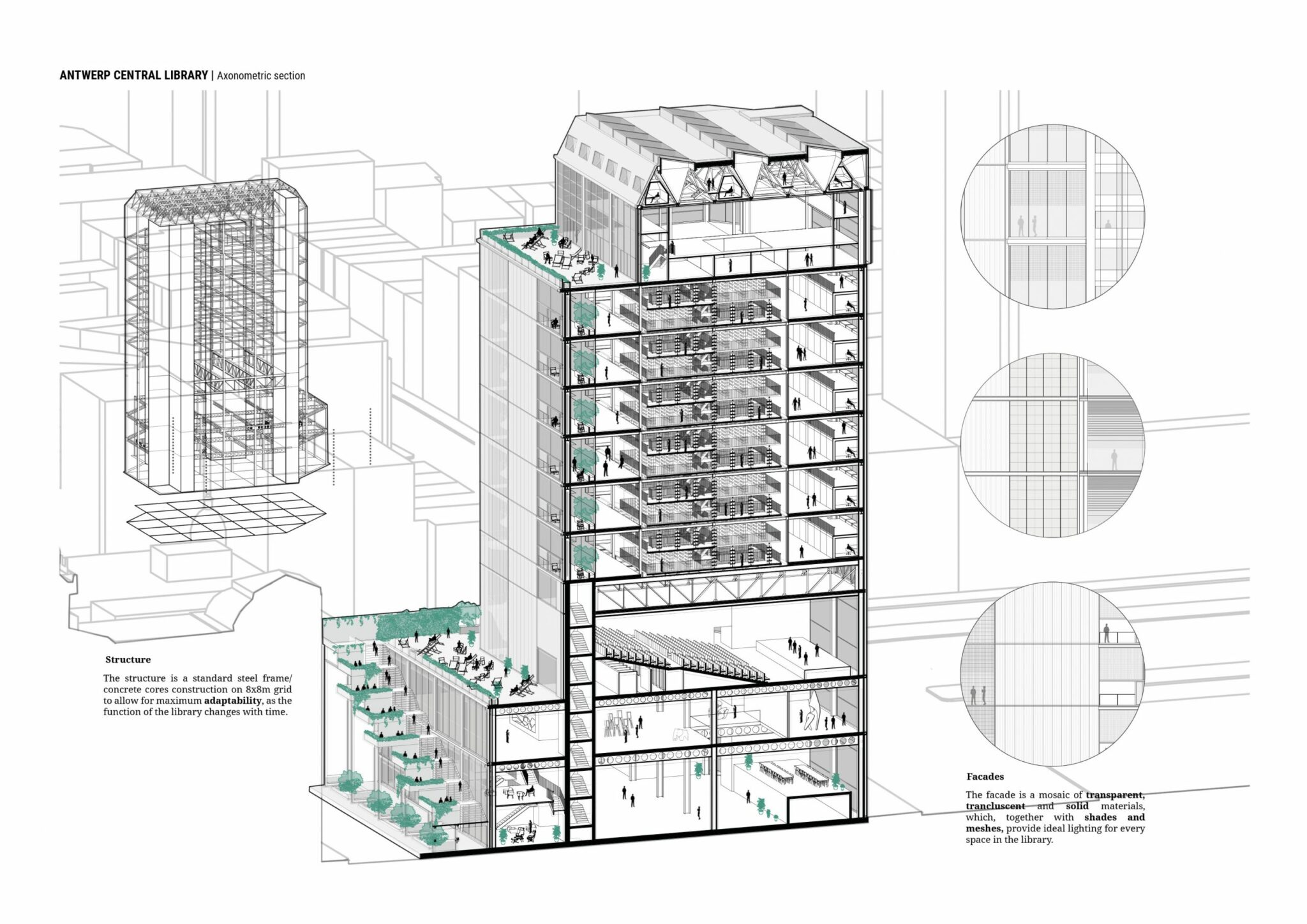 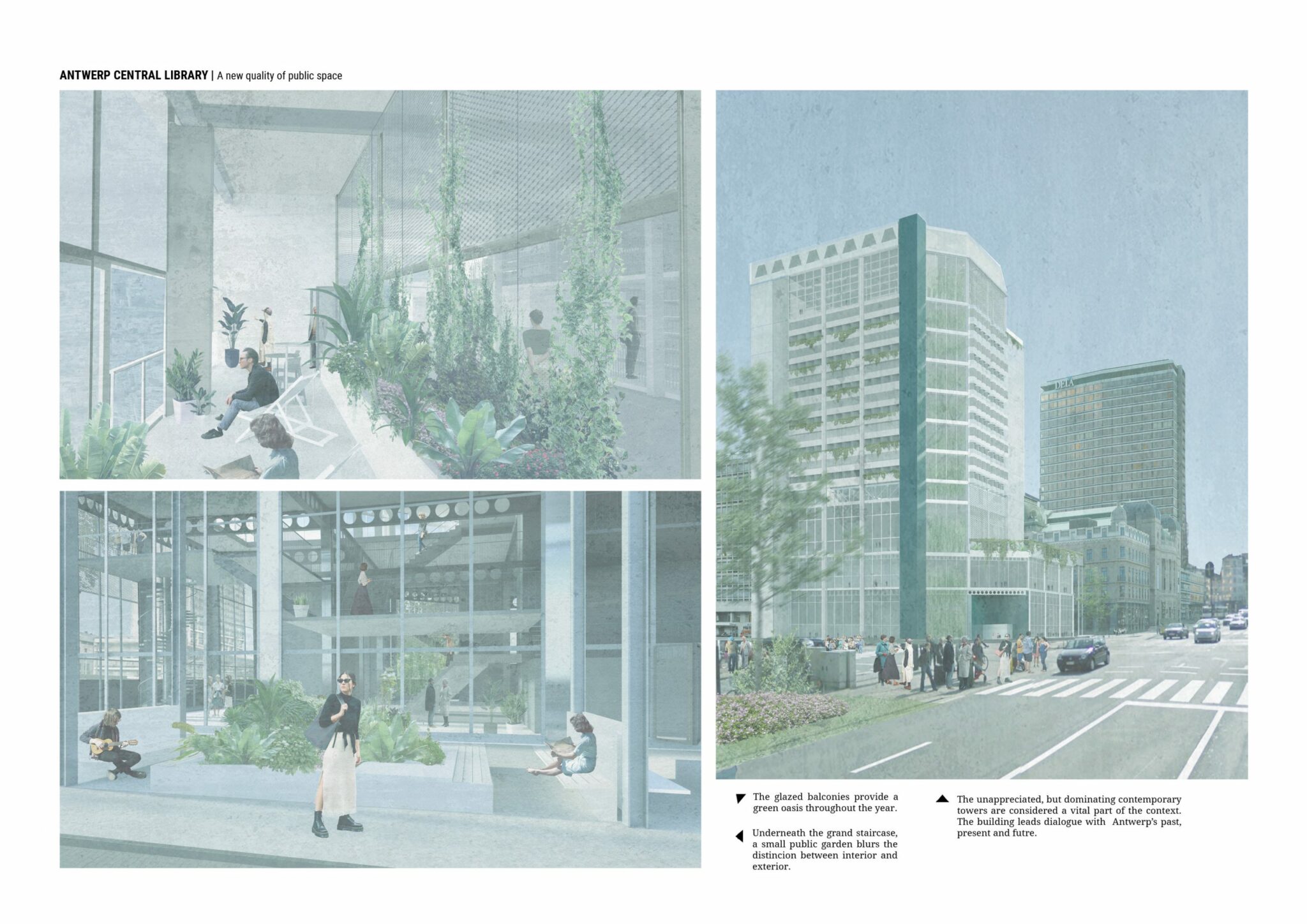