My thesis challenges the permanence of the city through the speculation of a new type of roaming civic architecture, challenging the centralisation of power and culture in Antwerp, whilst recharging these civic institutions as democratic forces for urban repair.

The idea of a civic centre is here adopted as a vehicle with the potential to shift social and political investment away from the medieval core of the city of Antwerp. The thesis proposes to establish a new civic centrality directly on top of the ring road between Antwerp’s historic city centre and the 20th century belt district of Morkhoven. The ring road is a product of permanent urban scarring inflicted by the medieval fortifications and this has subsequently been immortalised by the motorway that currently circumnavigates the inner city.

The civic centre can be defined by the presence of institutions of both culture and political power within the city. However, it could be argued that these institutions, namely our city halls and national parliaments, have become increasingly ambiguous in their contributions to the civic realm and in turn influenced the public’s perception of what constitutes civic architecture. This project aims to address this ambiguity within a new civic typology where institutions of power can now fully embed themselves within host communities with a renewed civic importance.

Institutions of power and culture are planned to move site every 15-20 years in an effort to repair more of the fabric of the city. Whilst these programmes are free to move, this thesis takes a critical position on the longevity of it’s architecture, whereby a balance is struck between permanent construction and the design of key spaces that are critical to the programme, thus are temporary and bespoke.

When the programmes of these civic institutions relocate, host communities inherit the site, where permanent structure is re-purposed for housing and community facilities. The dismantling of temporary structures allows for public courtyards to adopt new roles, shifting it’s responsibility from from serving the city, to serving the community and the individual. 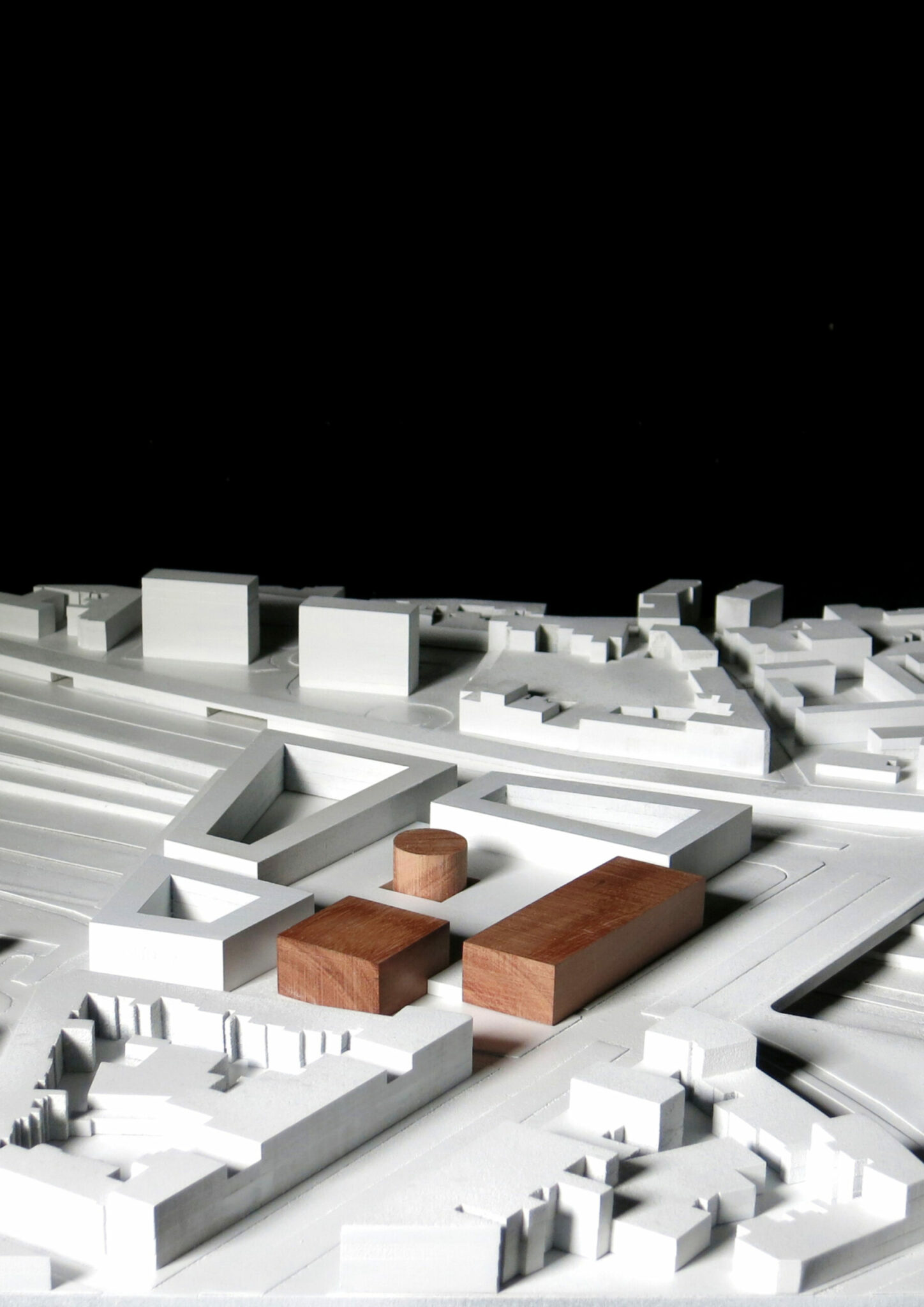 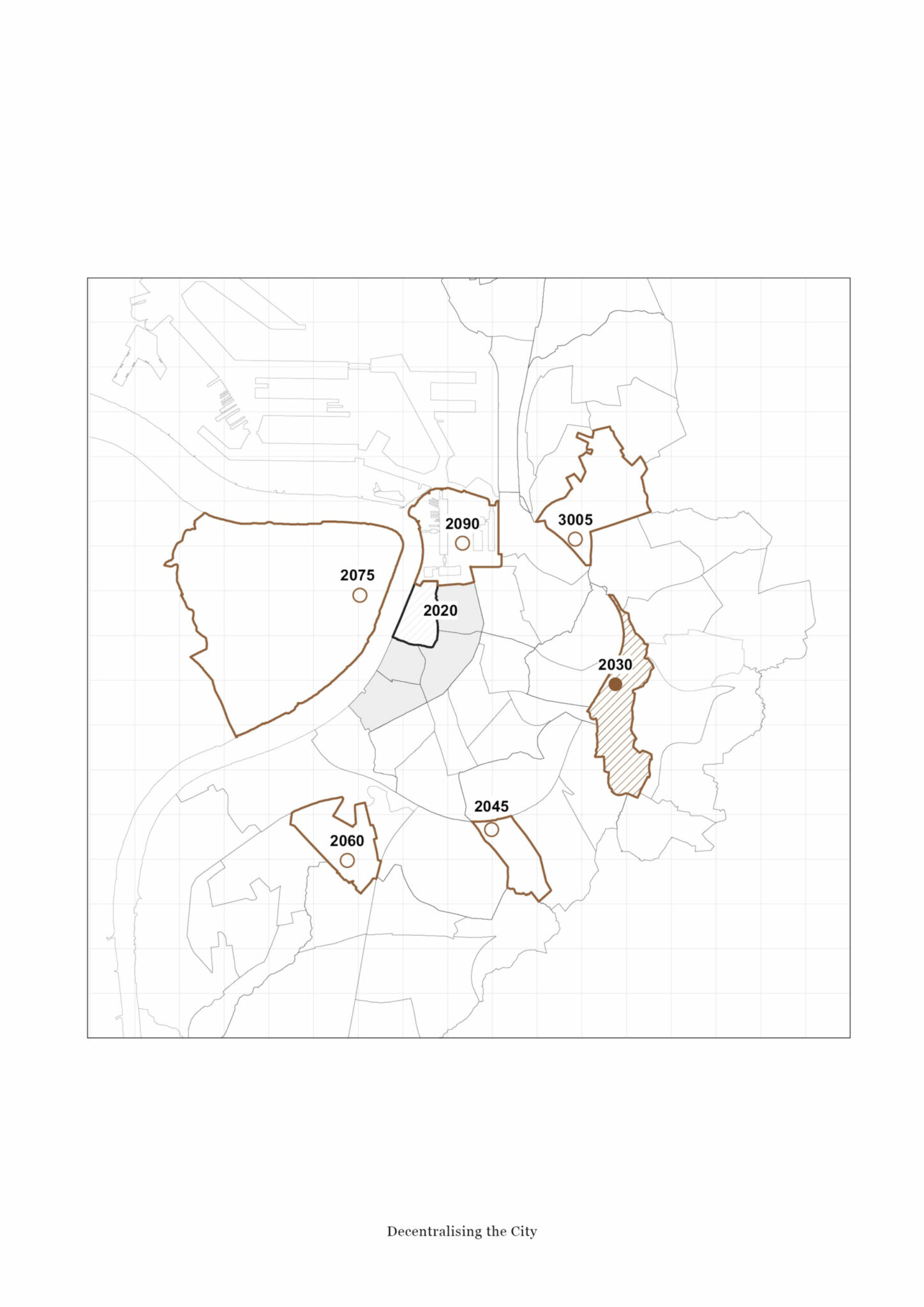 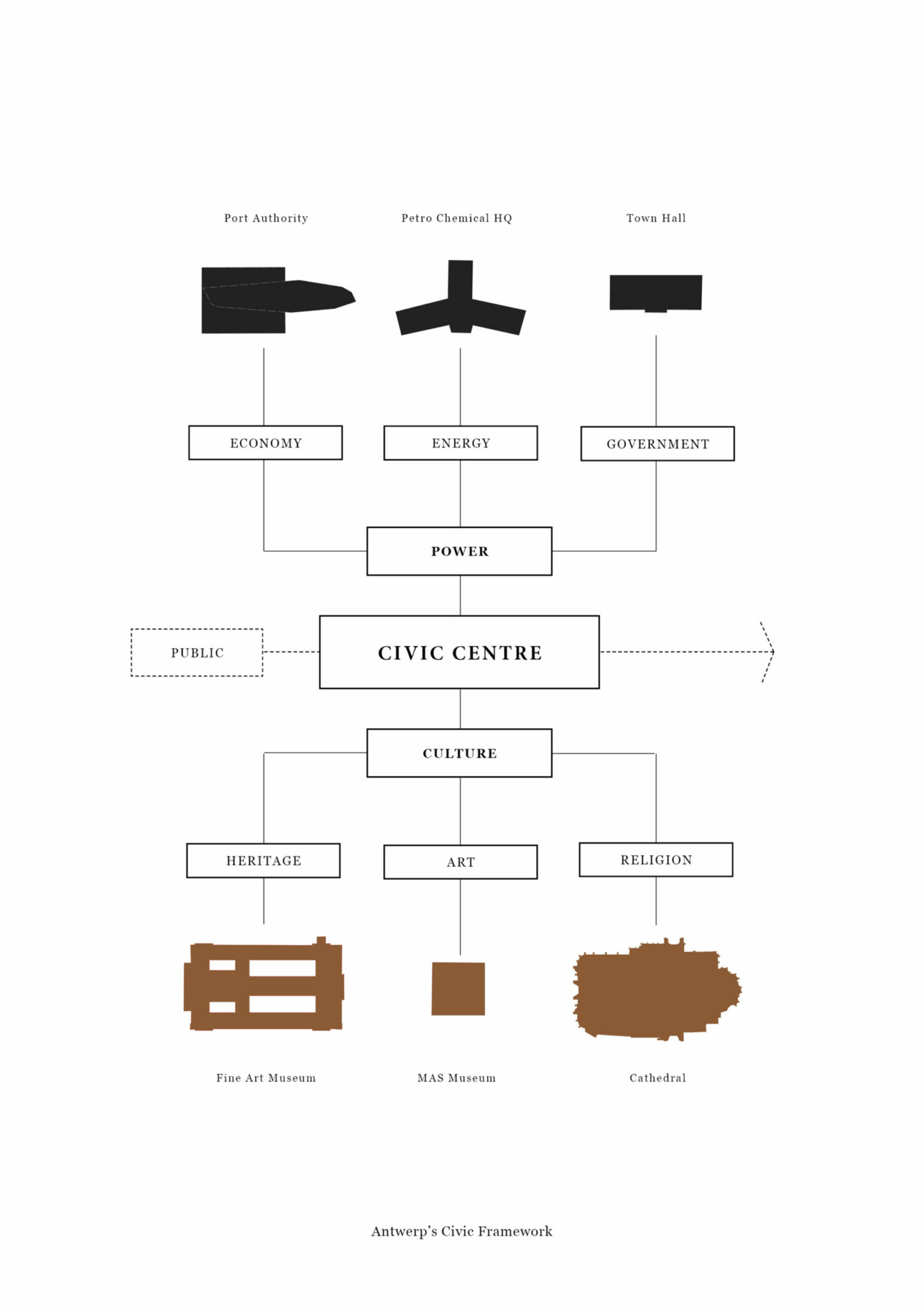 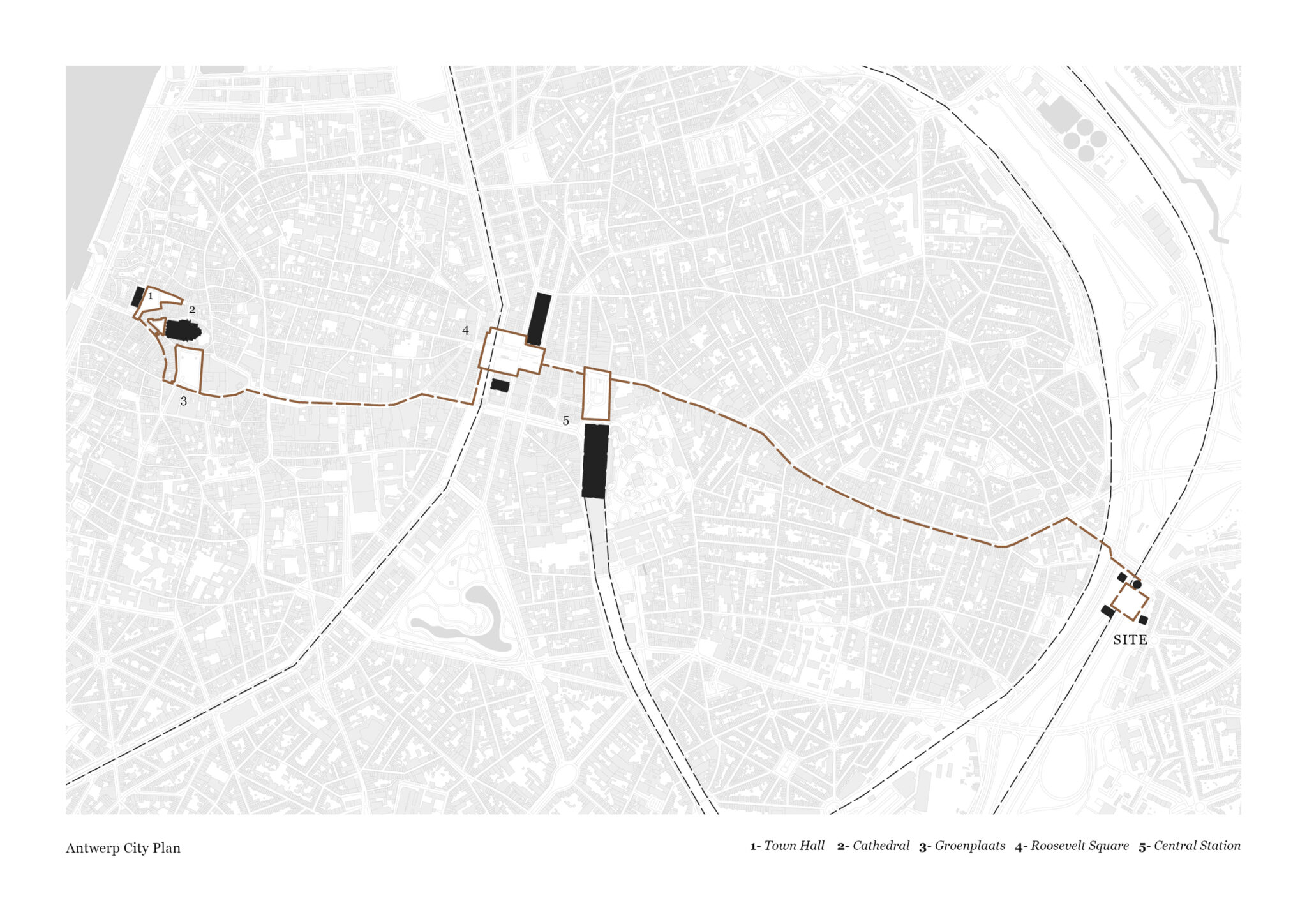 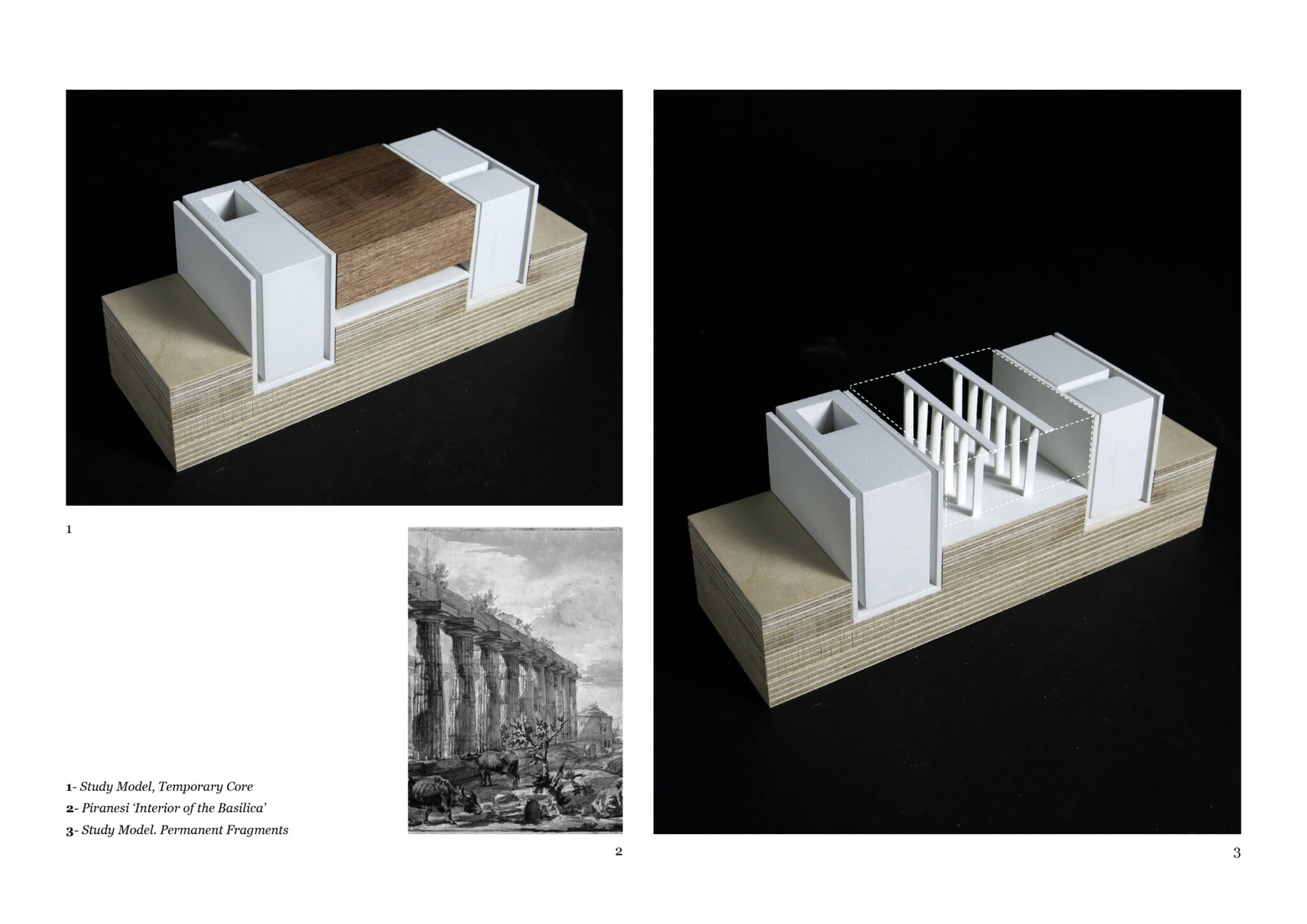 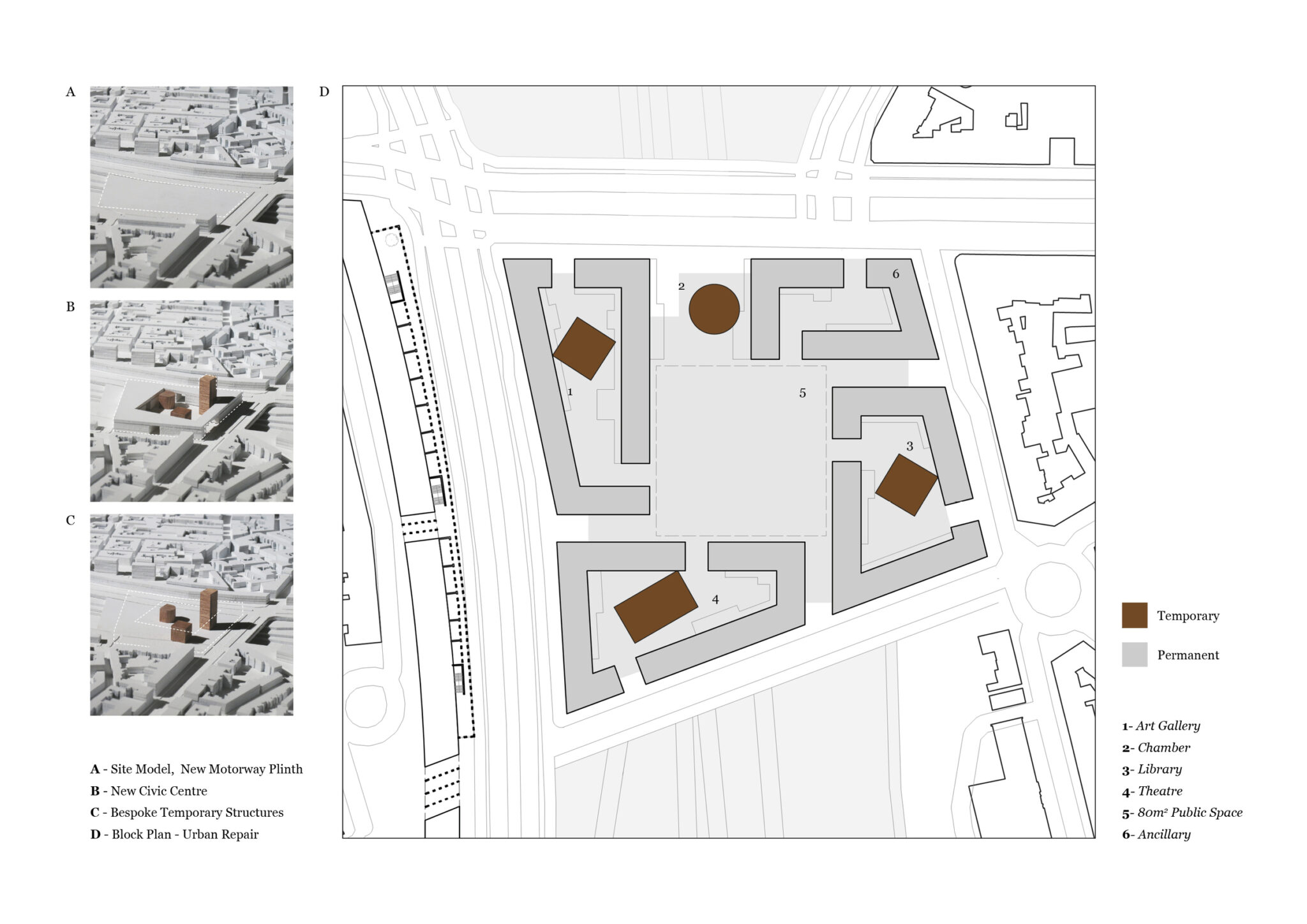 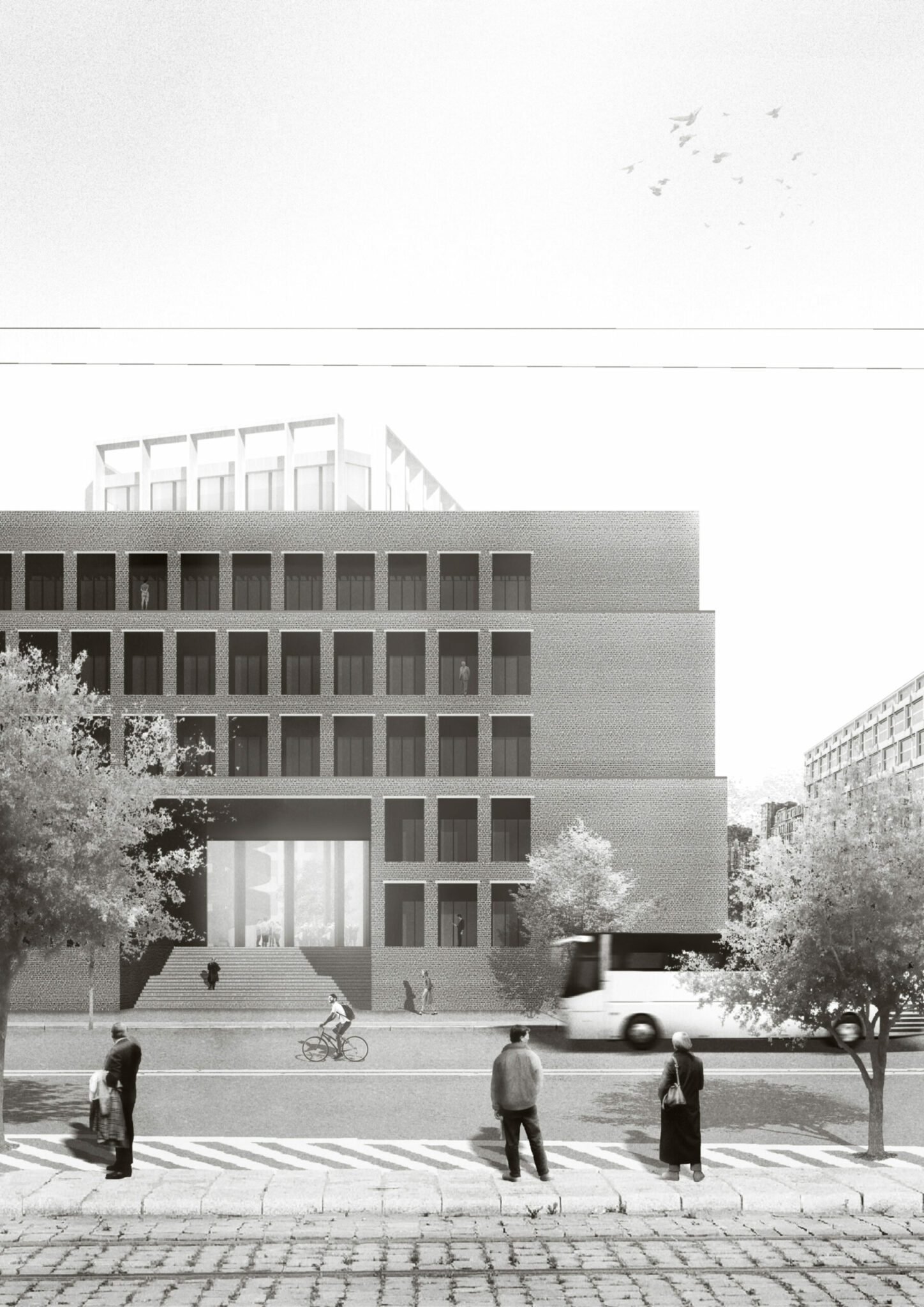 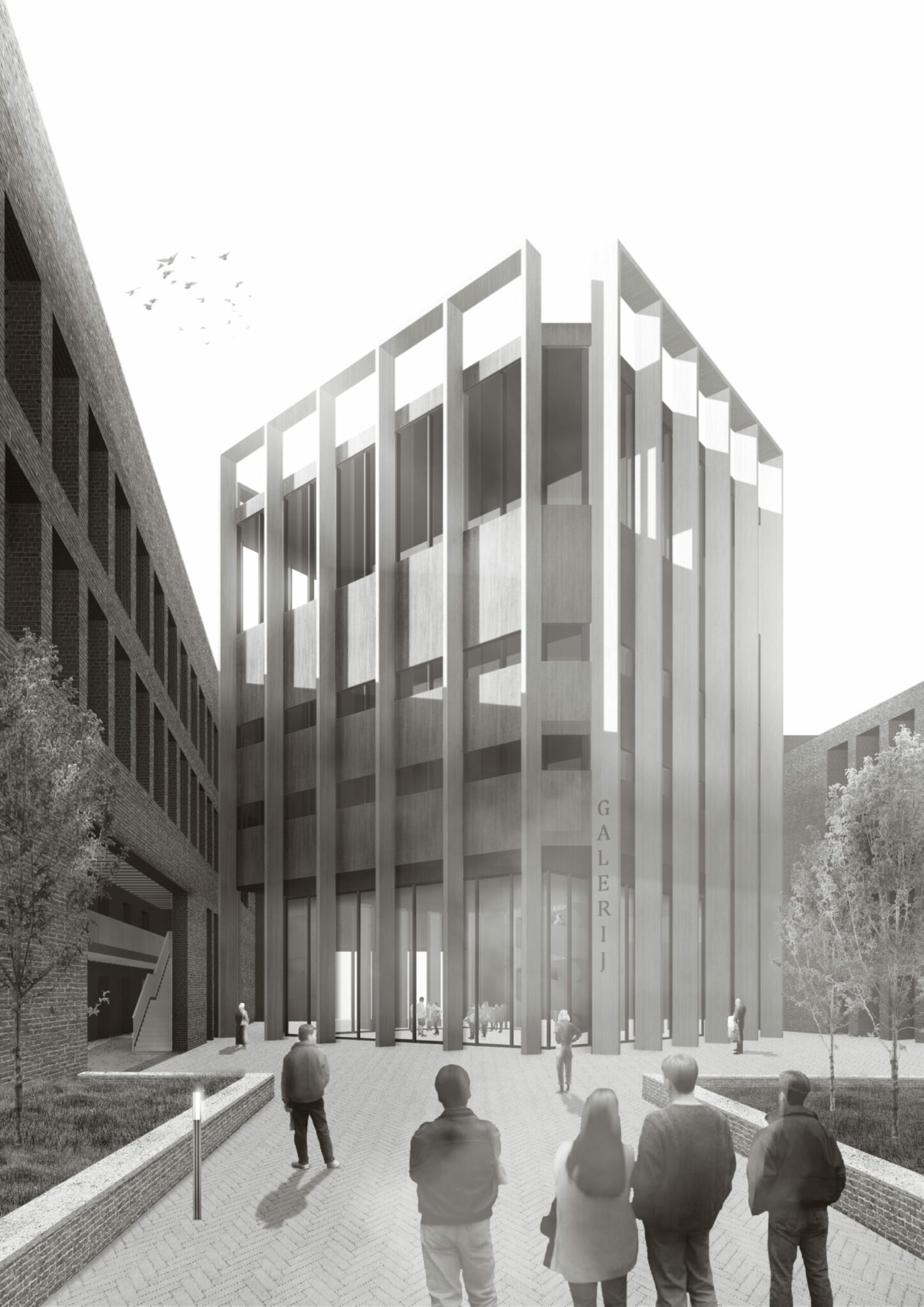 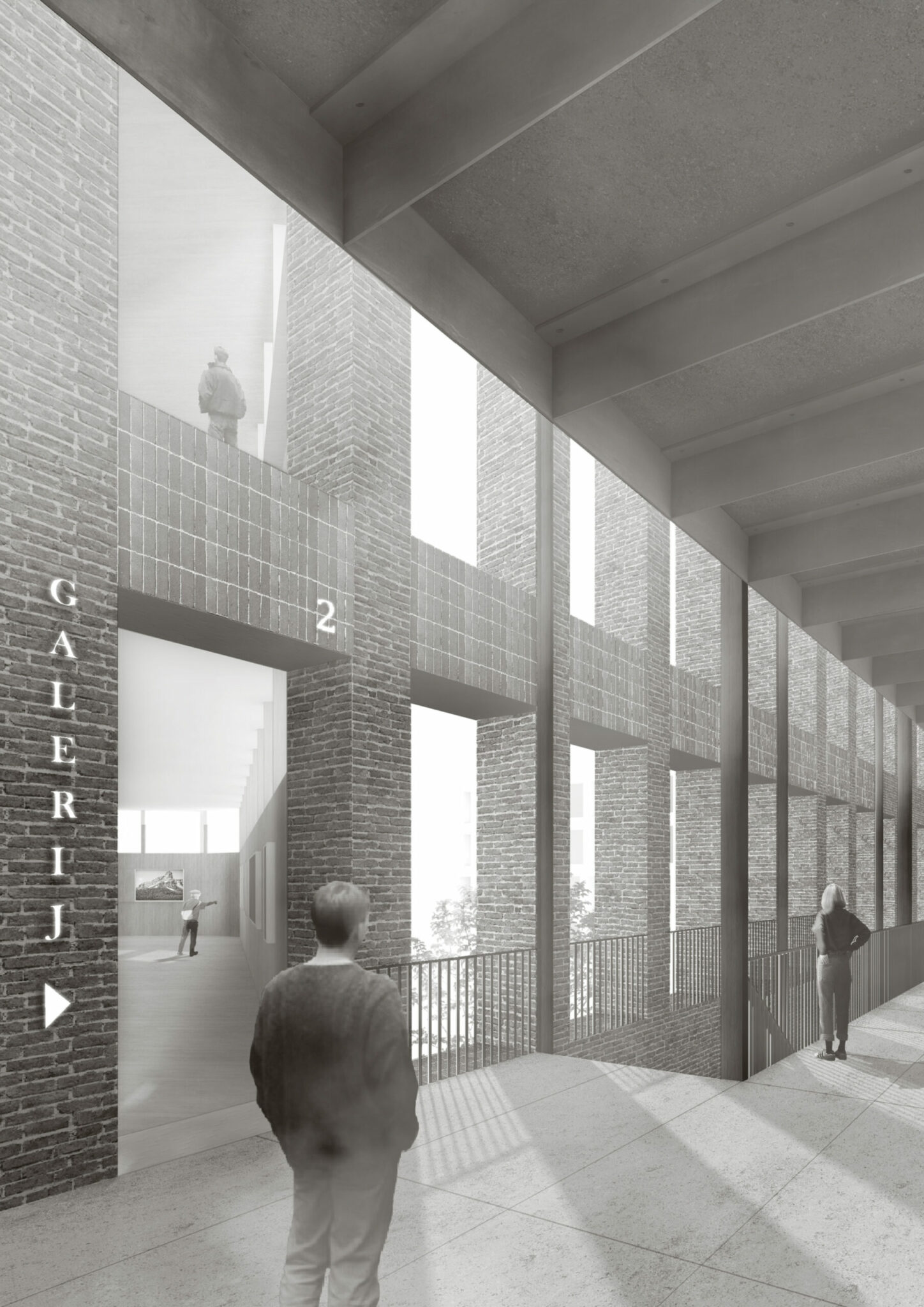 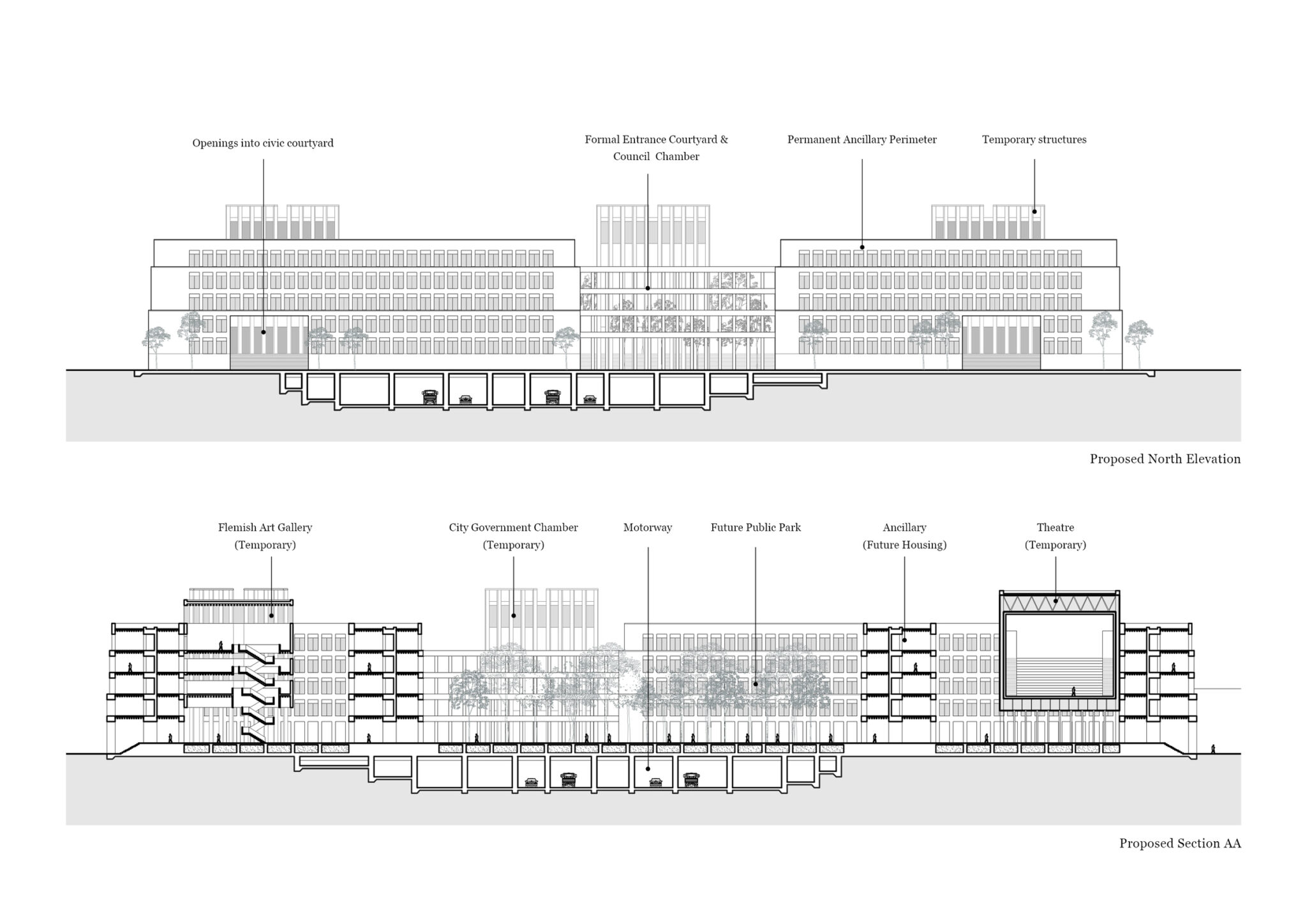